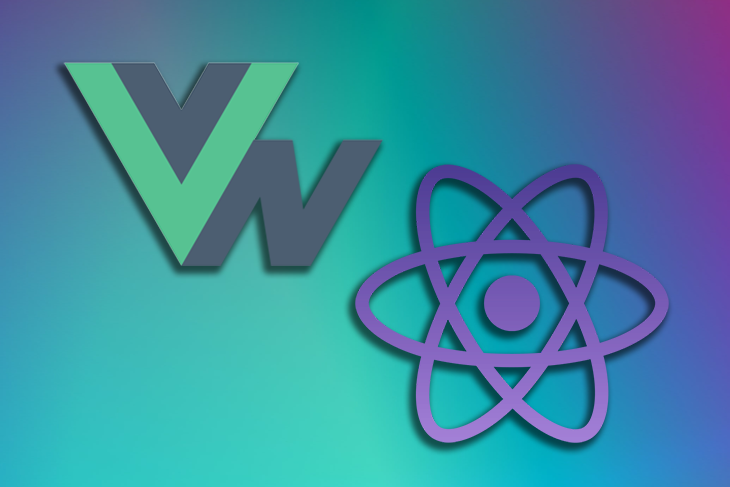 With an increase in the amount of mobile app development frameworks available, the introduction of Vue Native in 2018 gave developers the ability to use Vue.js code to create React Native mobile apps.

Because Vue Native wraps the Vue.js syntax around React Native, the frameworks are very similar. For instance, both are cross-platform frameworks, meaning the same codebase compiles into apps for both Android and iOS environments.

This means developers must only learn one framework syntax and write the code once, unlike learning and writing Objective-C or Swift for iOS and Java or Kotlin for Android.

Both frameworks are open source for anyone to contribute their source code to and use. Essentially, everything done in React Native can be done in Vue Native.

So, if Vue Native is React Native at its core, why have a separate framework? The goal behind Vue Native’s inception was to take all of Vue’s strengths and combine them with React Native’s benefits, giving some functionality not found in React Native.

To explore the differences, we’ll look at React Native and Vue Native’s functionalities, community, how easy they are to use, and more.

When working in React Native, developers can build native apps using React’s syntax and core principles. It is often referred to as an unopinionated framework, meaning it comes with very few official libraries and functionalities.

Its creators preferred to give developers freedom when structuring apps and solving different problems, letting developers who do not want to write code from scratch build different functionalities using community-developed third-party libraries.

Some of these libraries include:

This advantage allows developers to create native mobile apps with JavaScript. And, because it only uses one codebase across different platforms, companies React Native can save time and money.

Rather than hiring two different teams — one for iOS and one for Android — companies can hire one React Native team to build both versions, reducing the number of developers on their payroll.

However, even with third-party libraries that can be seen as an advantage, these libraries often become outdated. If community support for a particular library isn’t strong enough and doesn’t update often, incompatibility issues can arise.

With Vue Native, which leverages React Native, developers gain all the benefits of React Native. Because Vue Native’s code transpiles into React Native before it compiles into a mobile app, you don’t need to learn React from scratch in addition to Vue.

Like React Native, companies using Vue Native can save time and money by using one codebase for Android and iOS apps.

Native applications, unlike hybrid applications that use WebViews, interact directly with a platform’s native components. Because of this, native apps like React Native and Vue Native are faster and more efficient since they are tailored to the platform they run on.

React Native and Vue Native do not support multithreading, however. Rather than running side by side, both frameworks’ processes run one after the other, slowing applications down.

For example, when a page is about to render, one thread processes the page’s required while another renders the page’s UI. If the data thread is processing a large amount of data and holding the UI thread back, the app might freeze or run very slowly.

With both frameworks, compiling, running, and testing apps requires installing Xcode or Android Studio, adding another step to the compilation process, unlike other mobile development frameworks that permit running apps in a web browser.

While Vue apps are generally slightly faster than React apps, Vue Native code transpiles to React Native before any compiling can begin. So, Vue Native inherits any performance issues that arise in React Native, making both frameworks’ performance practically identical.

With over 2,000 contributors and just under 700,000 users on GitHub with a large community on Stack Overflow, React Native has the support developers need to learn and grow in the framework.

And, because React Native is based on JavaScript and is a cross-platform framework, it’s accessible and popular among developers.

React Native also became popular because Facebook created it. By investing heavily in the framework, Facebook is currently using it in many of its apps.

Other companies that use the React Native framework include:

Since Vue Native is still fairly new, there aren’t many resources and materials online for developers to consume. It only has under 20 contributors and just under 1,000 users on GitHub with a small community on Stack Overflow. However, it does have comprehensive documentation.

Companies that currently use Vue Native include:

Since React Native has been around for longer and has the support from Facebook, more developers and large companies use it, so it clearly takes the win here.

As a popular JavaScript framework, Vue.js is also known to be one of the easiest to learn, with its simple HTML and CSS in single-file components and Javascript.

And with Vue’s syntactic sugar, the syntax is easier to read and more concise than React Native’s syntax.

React Native, however, uses JSX as its templating language. Rather than separate markup from logic by putting them in different files, React Native uses separate components that contain the markup and the logic belonging to a component in the same file, achieved through JSX.

This component-oriented approach allows developers to create components once and reuse them as many times as they need by combining markup, styling, and logic.

JSX makes creating these components simple, and since it is statically typed, developers can catch errors early, improving debugging and development quality.

It also optimizes code while compiling, so JavaScript code generated by JSX runs faster than the equivalent written directly in JavaScript.

Because of this, however, developers can’t style using CSS and can only style with JavaScript.
While JSX isn’t particularly difficult, most developers use HTML and CSS for markup and styling, and adapting to this new paradigm might take some time.

Here’s an example of JSX and styling in React Native:

The Example function returns a line of text with some basic styling applied to it to make the text red, and the Text tags markup is embedded into the JavaScript Example function. This styling is JavaScript, not CSS.

Exporting components with export default allows you to use the components anywhere.

If you are coming from a web development background, the Vue code above should be intuitive. All markup is written within the template tags, similar to the html tags in web development.

The text tags represent the component Vue Native uses for displaying text. By assigning a class named text-color to it, you can apply CSS styling to the text using the class name within the style tags.

You can also write JavaScript code within the script tags to manipulate your markup and data in your app.

Due to the intuitiveness of its code structure, Vue Native is often seen as easier to learn than React Native.

Due to its popularity among developers and businesses, time on the market, and strong backing by Facebook, there is demand for React Native skills in the developer market.

Vue Native, however, is still not widely used, and there is little demand for Vue Native skills.

Unless a company uses Vue.js and is more likely to adopt Vue Native because of its familiarity and relatively easy onboarding process, the popularity and use of React Native in well-known apps make React Native a better skill to learn than Vue Native.

Should you use Vue Native or React Native?

These two cross-platform mobile app development frameworks work with the same code and can be utilized by both Android and iOS, ultimately saving time, money, and energy learning a new programming language across different operating systems.

When it comes to picking the best framework, the choice depends on a developer’s familiarity with a chosen framework: either Vue or React.

By picking the one you are already familiar with, you can save yourself a lot of time and stress and hit the ground running with the development of mobile applications.

It’s worth noting though that factors like employment opportunities, community, and being tried and trusted framework favor React Native. So, if you are looking past efficiency and toward maturity and the job market, React Native easily takes the win.

However, if you simply want the framework with the easiest learning curve, Vue Native might suit you better.