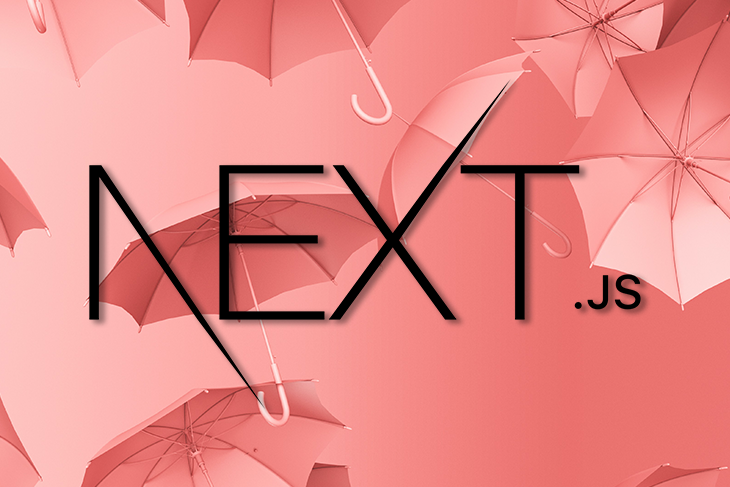 Middleware is regarded as one of the coolest features released in Next.js 12 because it has a lot of utility in modern applications, like working together with Vercel Edge Functions.

The term middleware is not a new one. Frameworks, like Express.js, use middleware to intercept an HTTP request and process it before it reaches the route handler.

So, in this post, we’ll learn how middleware works with Edge Functions and why it’s important to know. Now, let’s get started!

In Next.js, middleware is a simple piece of code that allows us to change the response to a request before it finishes. Based on a user’s request, we can rewrite, redirect, add headers, or even stream HTML.

The exciting thing about using middleware is that it runs before every request made on Next.js. This means that when a user requests any page or API route, the middleware logic runs right before the request.

To create a middleware in Next.js, create a file called _middleware.js or _middleware.ts under pages or api. Within the file, export the middleware function, as shown below:

Its API is built on native FetchEvent, Response, and Request objects. These native web API objects have been extended to provide you with more control over how you manipulate and configure a response based on incoming requests.

After the response is sent, you can use the waitUntil() method to extend the function’s execution. In practice, this means that if you have other background work to do, you can send a response and then continue the function execution.

Integrations with logging tools such as Sentry or DataDog are yet another factor why you might need waitUntil(). You can send logs of response times, errors, API call durations, or total performance metrics after the response has been sent.

Middleware gives us complete flexibility to run our code before a request completes. You can modify the response based on a user’s incoming request by rewriting, redirecting, adding headers, or even streaming HTML.

Another advantage is that middleware provides a more efficient way to share logic between pages, allowing you to keep your code DRY and efficient.

However, middleware is still in beta, so you might encounter some bugs while working with it.

How does Next.js middleware work?

Vercel’s Edge Functions, which run on the V8 Engine, are used by Next.js’ middleware. Google maintains the V8 Engine, a JavaScript engine written in C++, and it is significantly faster than running Node.js in a virtual machine or container, and Vercel claims that these Edge Functions are instantaneous.

The Edge Functions are placed between the user’s request and the server, so the middleware runs before that request completes.

When you deploy a serverless function to Vercel, it’s deployed to a server somewhere in the world. The request made to that function will then execute where the server is located.

This is where Edge Functions can help. In simplicity, Edge Functions are serverless functions that run geographically close to a user, making the request very fast regardless of where that user might be.

When deploying a Next.js application to Vercel, the middleware will deploy as Edge Functions to all regions around the world. This means that instead of a function sitting on a server, it will sit on multiple servers.

Here, the Edge Functions use middleware. One of the unique things about Edge Functions is that they are a lot smaller than our typical serverless functions. They also run on V8 runtime, which makes it 100x faster than Node.js in containers or virtual machines.

Why are Edge Functions and middleware important?

With the help of Edge Functions, middleware can run faster like static web applications because they help to reduce latency and eliminate cold startup.

With Edge Functions, we can run our files on multiple geolocations, allowing regions closest to the user to respond to the user’s request. This provides faster user requests regardless of their geographic location.

Traditionally, web content is served from a CDN to an end user to increase speed. However, because these are static pages, we lose dynamic content. Also, we use server-side rendering to get dynamic content from the server, but we lose speed.

However, by deploying our middleware to the Edge like a CDN, we bring our server logic closer to our visitors’ origin. As a result, we have speed as well as personalization for the users.

As a developer, you can now build and deploy your website and then cache the result in CDNs across the world.

Postman is an API platform that allows you to create and use APIs faster by streamlining collaboration and simplifying the API lifecycle.

First, open up the terminal and create a folder where we want our project installed:

cd into the recently created folder, install Next.js, and give your project a name:

Let’s test this out using Postman by making an API request. But first, we need to start up our app:

Then, open Postman and make a new request; our request should be made to http://localhost:3000/api/hello.

Click on the authorization tab and select Basic Auth. Input the correct user credentials and this should be our result:

And, when we input a wrong username or password, we get the following: 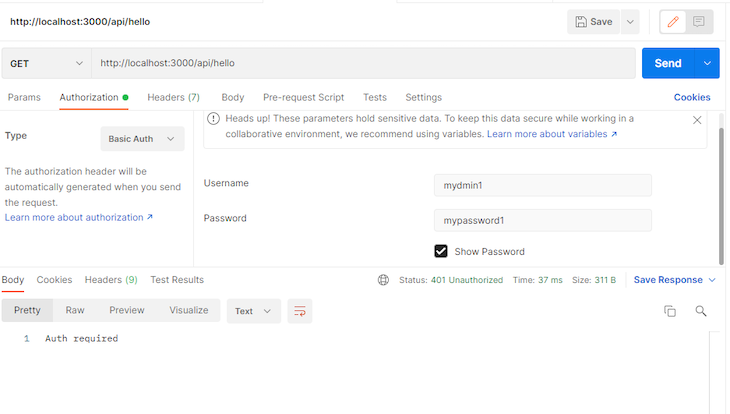 We can see how easy it is to add basic authentication to API routes. By adding the middleware file, we get the authentication of all endpoints in our API. This is much easier and more convenient.

With its ability to solve basic problems like authentication and geolocation, middleware is an outstanding feature, and with the help of Edge Functions, middleware can run faster like static web applications.

Temitope Oyedele Follow I am a web developer and technical writer. I love to write about things I've learned and experienced.
« Creating complex gradients with react-native-linear-gradient
How to implement glassmorphism with CSS »