Using GraphQL with Flutter: A tutorial with examples 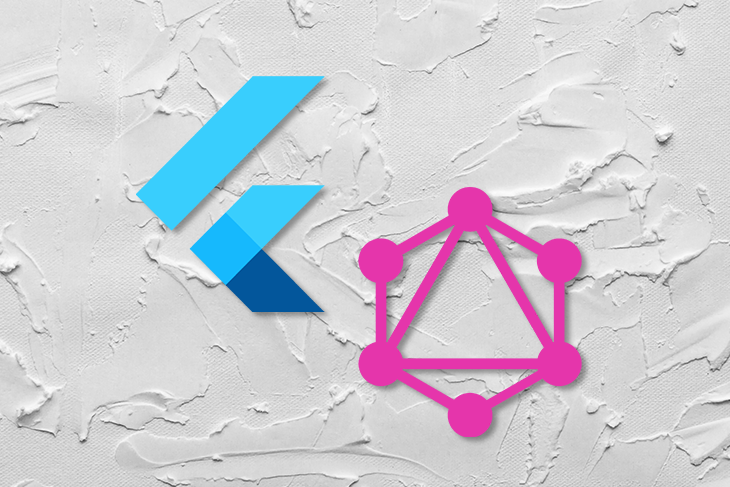 Both GraphQL and Flutter introduced a new style of software development when they were first released. GraphQL enabled developers to fetch data in their desired shape and format. Flutter made it possible to build a mobile app in one language and cross-compile it for other platforms.

Combining these two revolutionary technologies opens yet another world of possibilities.

In this tutorial, we’ll demonstrate how to use GraphQL in a Flutter app, including how to make a query, make a mutation, and set up a subscription in a Flutter app using the graphql_flutter plugin. We’ll also show you how to consume GraphQL endpoints from a Flutter app.

Developed by Facebook in 2012 and released to the public in 2015, GraphQL was designed to revolutionize the way data is served from the backend. With GraphQL, you can state the structure of the data you want.

For example, let’s say we have the following table model in our database:

We have a model for Food. The fields represent the properties of the food:

As you can see, with REST, all the properties of each food are returned, whether we need them or not. We might only need to use the name and price propertied in our frontend, but all of the properties were returned.

GraphQL helps us avoid this redundancy. With GraphQL, we can state the properties we want to be returned, like so:

We’re telling the server that we only need the name and price properties from the Food table. It gives it to us exactly as we need:

GraphQL is used by thousands of companies today. It has other benefits that make it a go-to choice, including:

It’s quite easy to build a Flutter app that fetches data from a GraphQL backend. You just need to make an HTTP request from the Flutter app, then use the returned data to set up the UI and display them.

The new graphql_flutter plugin provides APIs and widgets that enable you to fetch and use data from a GraphQL backend with ease.

The new graphql_flutter plugin provides APIs and widgets that enable you to fetch and use data from a GraphQL backend with ease.

As the name implies, graphql_flutter is a GraphQL client for Flutter. It exports widgets and providers that can be used to fetch data from a GraphQL backend, including:

To use the graphql_flutter package, we have to create a Flutter project:

Next, install the graphql_flutter package:

To use the widgets, we have to import the package like this:

First of all, before we begin making GraphQL queries and mutations, we have to wrap our root widget with GraphQLProvider. The GraphQLProvider must be provided a GraphQLClient instance to its client property.

The GraphQLClient is provided with the GraphQL server URL and a caching mechanism.

The cache passed to GraphQLClient tells it the cache mech to use. The InMemoryCache instance makes use of an in-memory database to persist or store caches.

To make a query using the graphql_flutter package, we’ll use the Query widget.

The Query widget must not be the top-most widget in a tree. It can be placed anywhere else provided the widget that will make use of its data is underneath or wrapped by it.

Also, the Query widget has two properties passed to it: options and builder.

The document property is used to set the query string or to pass in the query we want the Query widget to perform. Here, we passed in the readCounters string:

The variables property is where the query variables are sent to the Query widget. We have 'counterId': 23, there. This will be passed in place of $counterId in the readCounters query string.

Let’s see how to use the Mutation widget in graphql_flutter to make mutation queries.

Just like the Query widget, the Mutation widget takes some properties.

Subscriptions in GraphQL are like an event system listening in on a WebSocket and calling a function when an event is emitted into the stream.

The WebSocket is opened from the client to the GraphQL server. Whenever the server emits an event from its end, the event is passed to the WebSocket. So this is real-time stuff.

In Flutter, the graphql_flutter plugin utilizes WebSockets and Dart stream to open and provide real-time updates from the server.

graphql_flutter has a Subscription widget we can use to open a real-time connection and comms to a GraphQL server.

Let’s see how we can use the Subscription widget to set up real-time connection in our Flutter app. First we define our subscription string:

This subscription will give us a real-time update when a new counter is added to our GraphQL server.

We see that the Subscription widget has many properties:

The builder function is called with the result of the subscription. The result has some useful properties:

result.hasException is set if the Subscription widget encounters an error polling for updates from the GraphQL server result.isLoading is set if the polling from the server is in progress

We covered a lot in this Flutter and GraphQL tutorial. We started by introducing, in a nutshell, what GraphQL is and how it works. Then, we introduced graphql_flutter and demonstrated with examples how to make queries, mutations, and subscriptions from a Flutter app.

Chidume Nnamdi Follow I'm a software engineer with over six years of experience. I've worked with different stacks, including WAMP, MERN, and MEAN. My language of choice is JavaScript; frameworks are Angular and Node.js.
« Create draggable components with React-Draggable
Managing SvelteKit and Shopify cart interactions »

One Reply to “Using GraphQL with Flutter: A tutorial with examples”