WebSockets tutorial: How to go real-time with Node and React 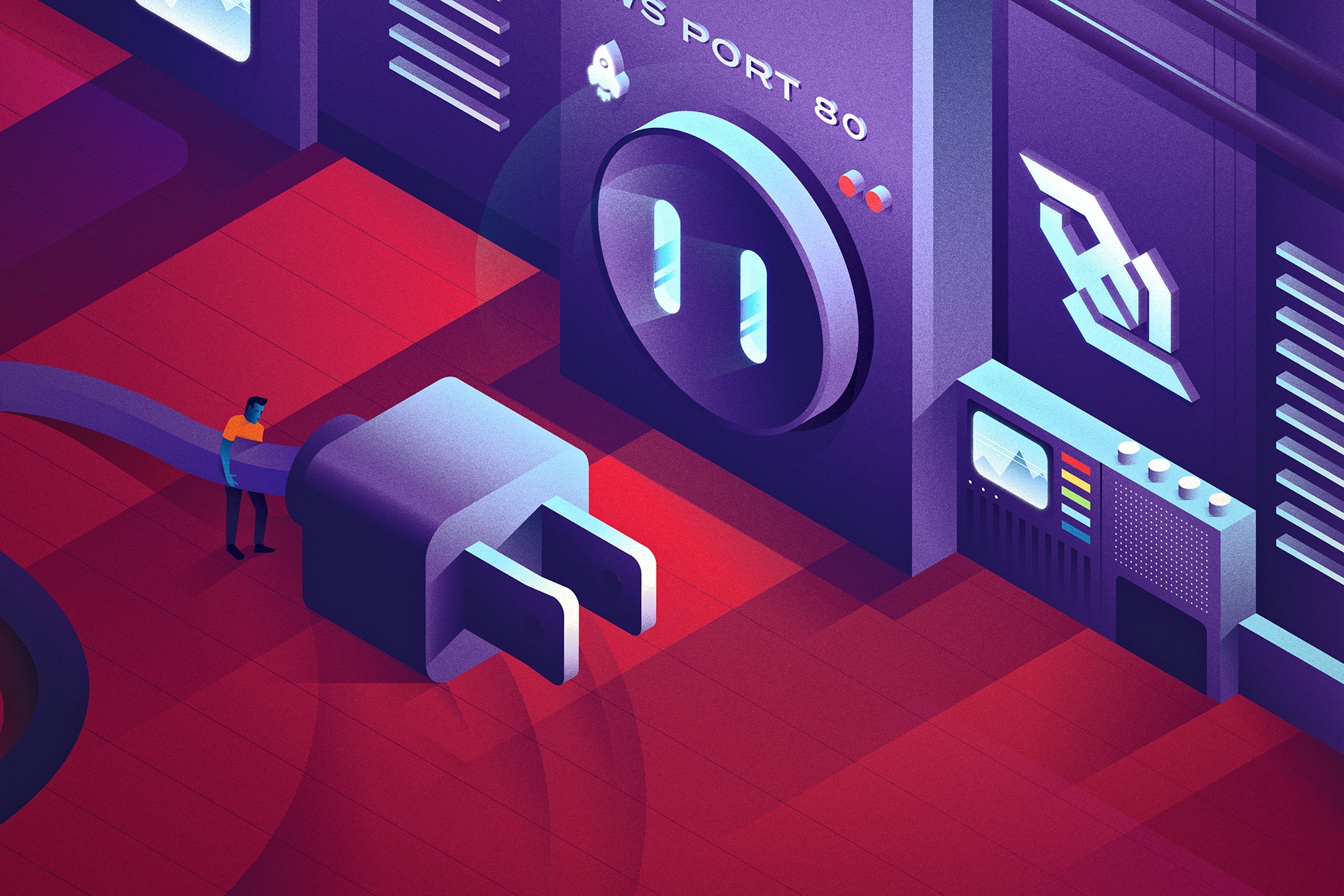 The WebSocket protocol has only two agendas : 1.) to open up a handshake, and 2.) to help the data transfer. Once the server and client both have their handshakes in, they can send data to each other with less overhead at will.

WebSocket communication takes place over a single TCP socket using either WS (port 80) or WSS (port 443) protocol. Almost every browser except Opera Mini provides admirable support for WebSockets at the time of writing, as per Can I Use.

How is WebSocket different than HTTP polling, HTTP streaming, and server-sent events?

Historically, creating web apps that needed real-time data (like gaming or chat apps) required an abuse of HTTP protocol to establish bidirectional data transfer. There were multiple methods used to achieve real-time capabilities, but none of them were as efficient as WebSockets. HTTP polling, HTTP streaming, Comet, SSE — they all had their own drawbacks.

The very first attempt to solve the problem was by polling the server at regular intervals. The HTTP long polling lifecycle is as follows:

There were a lot of loopholes in long polling — header overhead, latency, timeouts, caching, and so on.

This mechanism saved the pain of network latency because the initial request is kept open indefinitely. The request is never terminated, even after the server pushes the data. The first three lifecycle methods of HTTP streaming are the same in HTTP polling.

When the response is sent back to the client, however, the request is never terminated; the server keeps the connection open and sends new updates whenever there’s a change.

With SSE, the server pushes data to the client. A chat or gaming application cannot completely rely on SSE. The perfect use case for SSE would be, e.g., the Facebook News Feed: whenever new posts comes in, the server pushes them to the timeline. SSE is sent over traditional HTTP and has restrictions on the number of open connections.

These methods were not just inefficient, the code that went into them also made developers tired.

Why you should use WebSockets

WebSockets are designed to supersede the existing bidirectional communication technologies. The existing methods described above are neither reliable nor efficient when it comes to full-duplex real-time communications.

WebSockets are similar to SSE but also triumph in taking messages back from the client to the server. Connection restrictions are no longer an issue since data is served over a single TCP socket connection.

How to use WebSockets

As mentioned in the introduction, the WebSocket protocol has only two agendas. Let’s see how WebSockets fulfills those agendas. To do that, I’m going to spin off a Node.js server and connect it to a client built with React.js.

Agenda 1: WebSocket establishes a handshake between server and client

Creating a handshake at the server level

So, what happens when the connection is accepted?

While sending the regular HTTP request to establish a connection, in the request headers, the client sends *Sec-WebSocket-Key*. The server encodes and hashes this value and adds a predefined GUID. It echoes the generated value in the *Sec-WebSocket-Accept* in the server-sent handshake.

Once the request is accepted in the server (after necessary validations in production), the handshake is fulfilled with status code 101. If you see anything other than status code 101 in the browser, the WebSocket upgrade has failed, and the normal HTTP semantics will be followed.

The *Sec-WebSocket-Accept* header field indicates whether the server is willing to accept the connection or not. Also, if the response lacks an *Upgrade* header field, or the *Upgrade* does not equal websocket, it means the WebSocket connection has failed.

Creating a handshake at the client level

At the client level, I’m using the same WebSocket package we are using in the server to establish the connection with the server (the WebSocket API in Web IDL is being standardized by the W3C). As soon as the request is accepted by the server, we will see WebSocket Client Connected on the browser console.

Here’s the initial scaffold to create the connection to the server:

The following headers are sent by the client to establish the handshake:

Now that the client and server are connected with mutual handshakes, the WebSocket connection can transmit messages as it receives them, thereby fulfilling the second agenda of WebSocket protocol.

I’m going to code a basic real-time document editor where users can join together and edit a document. I’m tracking two events:

The protocol allows us to send and receive messages as binary data or UTF-8 (N.B., transmitting and converting UTF-8 has less overhead).

Understanding and implementing WebSockets is very easy as long as we have a good understanding of the socket events: onopen, onclose, and onmessage. The terminologies are the same on both the client and the server side.

Debugging and monitoring WebSockets are as important as implementing them

LogRocket is a front-end logging tool that lets you replay problems as if they happened in your own browser. Instead of guessing why errors happen, or asking users for screenshots and log dumps, LogRocket lets you replay the session to quickly understand what went wrong. You can easily monitor websockets to see if they fail as well as see users impacted by a buggy websocket connection.

Sending and listening to messages on the client side using WebSocket

From the client, when a new user joins in or when content changes, we trigger a message to the server using client.send to take the new information to the server.

And listening to messages from the server are pretty simple:

Sending and listening to messages on the server side using WebSockets

In the server, we simply have to catch the incoming message and broadcast it to all the clients connected to the WebSocket. And this is one of the differences between the infamous Socket.IO and WebSocket: we need to manually send the message to all clients when we use WebSockets. Socket.IO is a full-fledged library, so it handles that on its own.

What happens when the browser is closed?

In that case, the WebSocket invokes the close event, which allows us to write the logic to terminate the current user’s connection. In my code, I broadcast a message to the remaining users when a user leaves the document:

The source code for this application is in my repo on GitHub.

WebSockets are one of the most interesting and convenient ways to achieve real-time capabilities in an application. It gives us a lot of flexibility to leverage full-duplex communications. I’d strongly suggest working with WebSockets before trying out Socket.IO and other available libraries.

8 Replies to “WebSockets tutorial: How to go real-time with Node and…”