GraphQL vs. REST APIs: Why you shouldn’t use GraphQL 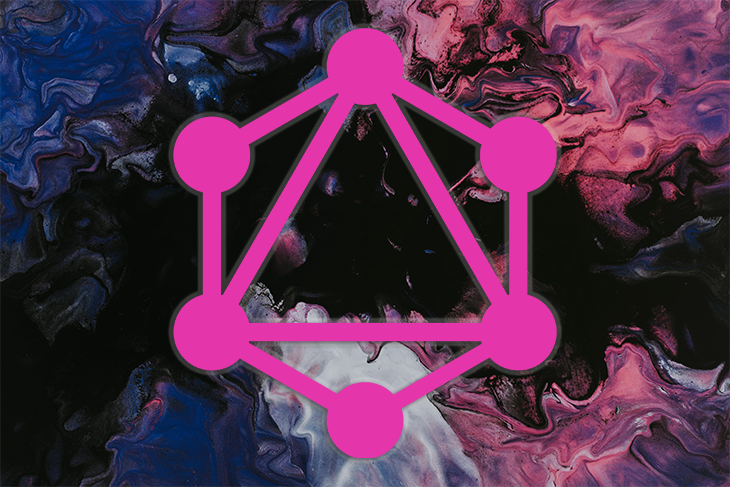 Editor’s note: This post was last updated on 24 August 2022 to verify code accuracy.

GraphQL is great if you want to work in a declarative style, enabling you to select only the information or operations you need. However, depending on your use case, performance requirements, and tolerance for unnecessary complexity, GraphQL might not be the right fit for your project.

In this article, we’ll review some reasons why you should consider using a REST architecture instead of GraphQL. We’ll discuss the drawbacks of using GraphQL, including performance issues, problems with GraphQL schemas, and complex queries. We’ll also outline some common use cases for GraphQL and provide some tips to help you determine when to use GraphQL vs. REST. Let’s get started!

It’s also worth noting that in REST, the structure of the request object is defined on the server. In GraphL, you define the object on the client.

When should you use GraphQL?

GraphQL is an excellent solution to a unique problem around building and consuming APIs. When used as designed, it can be an ideal tool for the use cases described below.

GraphQL was designed to allow the client to ask for only the data it needs. While the server might be able to deliver more data to the client for a single request, it would only send the data requested by the client. If you want the client to control the type and amount of data it needs, GraphQL would be ideal for your project.

Bandwidth is a problem for small devices like mobile phones, smartwatches, and IoT devices that are not able to handle large amounts of data. Using GraphQL helps minimize this issue. Because GraphQL allows the client to specify what data it needs, the server doesn’t send excess data, which could reduce the app’s performance when bandwidth is limited.

GraphQL exposes a single endpoint that allows you to access multiple resources. In addition, resources are not exposed according to the views that you have inside your app. So, if your UI changes, for example, requiring either more or less data, it doesn’t have an impact or require changes on the server.

When should you use a REST API?

Now that we’ve outlined some use cases that call for using GraphQL, let’s discuss some reasons why you might want to consider using REST instead, reviewing some tips to help you determine when to use each.

As a query language for APIs, GraphQL gives clients the power to execute queries to get exactly what they need. But, what if a client sends a query asking for many fields and resources, for example, information about users that posted a review for all the books by a certain author:

With GraphQL, users can’t simply run any query they want. A GraphQL API must be carefully designed; it’s not just about putting it on top of a REST API or a database.

For complex queries, a REST API might be easier to design because you can establish multiple endpoints for specific needs, and you can fine-tune specific queries to retrieve the data in an efficient way.

This might be a bit controversial because multiple network calls can still take a lot of time. But, if you’re not careful, a few big queries can bring your server down dramatically. In that sense, GraphQL’s greatest strength can also be its greatest weakness.

In a GraphQL API, tools like Dataloader allow you to batch and cache database calls. But, in some cases, even this isn’t enough, and the only solution is to block queries by calculating a maximum execution cost or query depth. Any of these solutions will depend on the library you’re using.

REST can do much of what GraphQL does

It’s important to keep in mind that GraphQL is an alternative to REST for developing APIs, not a replacement.

The main benefit of using GraphQL is the ability to send a query that specifies only the information you need and receiving exactly that. However, you can achieve this same effect using REST, by passing the name of the fields you want to use in the URL, then implementing the parsing and returning logic yourself:

Thankfully, this is easy to implement, thanks to the many JSON API libraries that are available in many languages. If you want the benefit of using a schema and strong types in REST, you can use JSON schemas; there are many libraries that implement and support JSON schemas.

If you want to use a query language in REST APIs, a solution like OData is a great alternative. OData, short for Open Data Protocol, was originally developed by Microsoft in 2007. OData is an open protocol that enables you to create and consume queryable and interoperable RESTful APIs in a simple, standard way. OData gives you a rich set of querying capabilities and is quickly gaining ground for its open source approach and exceptional scalability.

There are many valid alternatives, especially for small applications and projects where using GraphQL might be overkill. By the same token, you’ll run into situations where it would be complicated to implement these libraries and easier to use GraphQL, which natively supports all of these features. However, GraphQL can also make things more complicated in its own way, which we’ll discuss next.

Using GraphQL in a simple application is not recommended. For example, in an application that uses a few fields the same way each time, using GraphQL adds more complexity because of things like types, queries, mutators, resolvers, and higher-order components,

From a maintenance perspective, this is especially detrimental. But, even if using GraphQL is justified, there may be some complications. Two examples include error handling and file uploading.

In REST, checking the response status is the only way to know whether the request was executed successfully, if there was a server error, or if the resource was not found. But, when an error occurs in GraphQL, you get something similar to the following:

You’ll have to parse this message to know if there’s an error, and different errors will probably have slightly different formats or some custom fields.

Some libraries, like Apollo client, help with handling errors, but it’s not as easy as in a REST API.

File uploading is not part of the GraphQL specification, so the implementation is left to you. Some options include using:

The third option is probably the best. However, it means adding another dependency to manage your project, and it may not be available for all programming languages.

I want to emphasize the web part, caching at the network level, because you can certainly implement a cache at the database level or at the client level with the in-memory cache implementation of Apollo Client.

For example, let’s say you have a cache implemented at the HTTP level with a reverse proxy that stores the content of a request. This can reduce the amount of traffic to a server or keep frequently accessed information in a location close to the client, like a content delivery network.

Since a REST API provides many endpoints, you can easily configure a web cache to match certain URL patterns, HTTP methods, or specific resources.

In GraphQL, there’s only one endpoint, usually an HTTP POST endpoint, where all the queries are sent. Since each query can be different, it’s harder to use this type of caching. To reduce the amount of traffic to the web server, you can use persisted queries with PersistGraphQL. Keep in mind that at the time of writing, this tool is no longer maintained, however, it is still widely used and will work for the purposes of this tutorial.

PersistGraphQL assigns identifiers to GraphQL queries, producing a JSON file that maps queries and identifiers. With this map, the client only sends the identifier and the parameters of a query to the server, so it can just look it up. However, this adds another layer of complexity, and it only partially solves the problem.

By allowing you to define a schema, GraphQL gives you a lot of benefits like automatic validation and introspection. Depending on how you choose to write or generate your schemas, static schemas could become a problem when you have a changing data model because the response the clients get depends on the schema definition and the query they make.

For example, you cannot have more depth than what is specified in the schema or in the query, schemas that you can modify at runtime, or dynamic type definitions. You can solve this problem in GraphQL by building schemas programmatically using a code-first approach. The design process begins with coding the resolvers, and the SDL version of the GraphQL schema is generated programmatically.

Error handling in REST is easier when compared to GraphQL. RESTful APIs follow the HTTP spec with regards to resources and returns various HTTP statues for various API request states. GraphQL, on the other hand, returns the 200 Ok status for every API request, including for errors. This makes it difficult to manage errors and makes it hard to integrate with monitoring tools.

GraphQL is a powerful tool, and there are many reasons you might choose GraphQL over REST. But, if your tolerance for slow performance and complexity are low, you might want to steer clear and consider using a REST architecture instead.

In this guide, we covered some scenarios in which using GraphQL could lead to performance issues and problems related to schemas and complex queries. We also offered some tips to help you determine when to use GraphQL and when to use a REST architecture.

The points I’ve presented here may not always apply, but it is worth taking them into account to see if they can be addressed.

Esteban Herrera Follow Family man. Java and JavaScript developer. Swift and VR/AR hobbyist. Like books, movies, and still trying many things. Find me at eherrera.net
« Unit testing Flutter code with Mockito
How to use streaming assets in Unity »

46 Replies to “GraphQL vs. REST APIs: Why you shouldn’t use GraphQL”