Using forwardRef in React to clean up the DOM 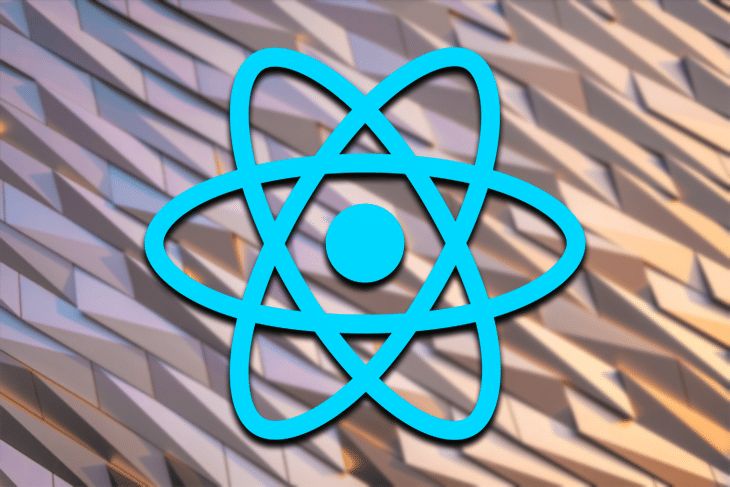 In this tutorial, we will go over the concept of forwarding refs in React and understand how it helps us manage interactions with the DOM. For a more engaging experience, we’ll cover how to create refs, attach created refs to DOM elements and classes, use the forwardRef method, and so on.

It is also worthy to note that we will often make references to the docs page to build on the information that already exists and prove our concepts with relatable real-life examples and snippets to be hosted on CodeSandbox.

What is forwardRef in React?

How does forwardRef work in React?

To understand ref forwarding, we must first understand what refs are, how they work, and cover a few use cases. Typically in React, parent components pass data down to their children via props.

To change the behavior of a child component you render it with a new set of props. To modify a child component such that it exhibits a slightly different behavior, we need a way to make this change without reaching for the state or re-rendering the component.

We can achieve this by using refs. With refs, we have access to a DOM node that is represented by an element. As a result, we can modify it without touching its state or re-rendering it.

Because refs hold a reference to the DOM element itself, we can manipulate it with native JavaScript functions that are unavailable in the React library. For instance, we can initiate focus on input field when a button is clicked:

You can also find the code at CodeSandbox.

Similarly, we could use JavaScript to achieve a similar effect, though it is not recommended, and even marked as a bad practice to access DOM directly when using React. The pure JavaScript equivalent to getting a reference would be:

Through the ref, we manipulated our cursor to automatically focus on the input element whenever the button is clicked. Without refs, we’d have to use state to check if the input field should focus or not — that is before making a decision, which is often unnecessary in cases like this.

This information is important because forwardRef allows you to define internally what element the ref will point at.

When to use refs in React

There are many refs in React that can be pointed to using forwardRef. As seen in the official React documentation, we can use refs for a variety of tasks:

Let’s imagine you have an input component. In some parts of your application, you may want the cursor focused on it when a user clicks a button. It makes more sense to modify only that particular instance of the input component without changing the state (via refs), rather than changing the state (via props) which will cause the component to re-render every-time. Similarly, we can use refs to control the state of music or video players (pause, play, stop) without them re-rendering anytime we click a button (change the state).

By using this technique, we can increase the performance of our application as we prevent re-renders from happening, though it should only be used under particular circumstances and with care as it can lead to unexpected behaviors when used improperly.

We can use refs to trigger animation between elements that rely on themselves for their next state but exist in different components (this concept is called ref forwarding). Refs can also be used to simplify integration with third-party DOM libraries and managing multi-step form value states, etc.

Working with refs in class components

To create a ref, React provides a function called React.createRef(). Once created, they can be attached to React elements via the ref attribute. It is also worthy to note that refs are somewhat similar to state. When a component is constructed, refs get assigned to instance properties of that component ensuring that they can be referenced anywhere in the component:

At this point, we have created a Ref called newRef. To use this Ref in our component, we simply pass it as a value to the ref attribute like this:

We’ve attached the Ref here and passed in the newRef as it’s value. As a result, we now have the ability to update this without changing state. For additional info, learn more about how to use createRef in React.

Every Ref you define will represent a node in the DOM. Hence, when you want to reference that node in a render() function, React provides a current attribute that references the said node.

The value of the ref differs depending on the type of the node it references (class components or DOM elements).

For a better understanding of refs and type of node they reference, and the default values associated with each, let’s consider this piece from the documentation:

Let’s demonstrate this concept with a small video player. The video player will have some pause and play functionalities. To build along, create a new CodeSandbox project and add the following code:

You can also find the code here.

However, if you must attach a ref to a function component, the official React team recommends that you convert the component to a class, just like you would do when you need lifecycle methods or state.

Aside from passing the default ref attribute, we can also pass functions to set refs. The major advantage of this approach is that you have more control over when refs are set and unset. That is possible because it gives us the ability to determine the state of the ref before certain actions are fired. Consider this snippet from the documentation page below:

Instead of defining the refs in the constructor, we set the initial value to be null. The benefit of this approach is that textInput will not reference a node until the component is loaded (when the element is created).

Working with refs in function components

In function components, we can’t simply make use of the function createRef as the same because it will create a new reference each time it gets called. We could opt to use effects and state to handle references but React provides a much easier way with useRef. useRef takes care of returning the same ref each time as on the initial rendering.

Working with useRef is simple as we showed in the first example at the start of the tutorial.

Ref forwarding is a technique for automatically passing a ref through a component to one of its children. It’s very useful when building reusable component libraries. forwardRef is a function used to pass the ref to a child component.

Let’s take an example of a new library with an InputText component that will provide a lot of functionality, though, for now, we’ll keep it simple:

The InputText() component will tend to be used throughout the application in a similar manner as a regular DOM input, therefore accessing its DOM node may be unavoidable for managing focus, selection, or animations related to it.

In the example below, other components in the application have no access to the DOM input element generated by the InputText() component and is, thus, restricting some of the operations we have already foreseen we would need to meet our application requirements, such as controlling the focus of the input programmatically.

Here is when React.forwardRef enters to obtain a ref passed as props, and then forward it to the DOM input that it renders:

Now that our component supports forwardRef, let’s use it in the context of our application to build a button that will automatically focus the input when it’s clicked. The code looks as follows:

You can also see it in action on CodeSandBox.

Here’s a clarification for the code above:

Refs in React are a powerful tool that enable direct access to DOM nodes and thus open a whole new spectrum of methods and options to build more performant, feature-rich and clean components.

However, accessing DOM directly is often seen as a bad practice in React, and for a reason, when used improperly, it can turn all its benefits into real problems. As a general rule, it should be avoided and used only under very specific circumstances and with thorough examination.

In this tutorial, we introduced the topic of refs and ref forwarding, we looked at a few use cases and we built the code using function and classes components. To read more about refs check out the docs here.