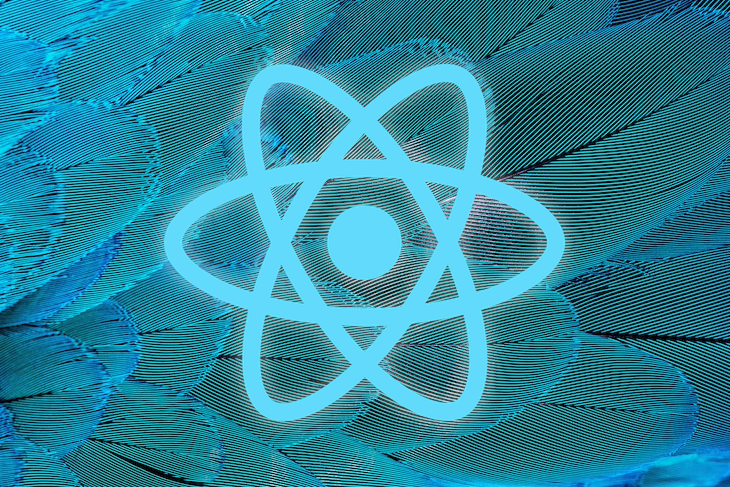 Editor’s note: This post was last updated in October 2021 to reflect the most recent information about the React Context API.

Despite React’s popularity, one of the biggest obstacles developers face when working with the library is components re-rendering excessively, slowing down performance and harming readability. Component re-rendering is especially damaging when developers need components to communicate with each other in a process known as prop drilling.

The new React Context API, introduced with React v.16.3, allows us to pass data through our component trees, giving our components the ability to communicate and share data at different levels. In this tutorial, we’ll explore how we can use React Context to avoid prop drilling. First, we’ll cover what prop drilling is and why we should avoid it.

Components and props in React

While your application might start out with just a single component, as it grows in complexity, you must continually break it up into smaller components. With components, we can isolate individual parts of a larger application, providing a separation of concern. If anything in your application breaks, you can easily identify where things went wrong using fault isolation.

However, components are also meant to be reusable. You want to avoid duplicate logic and prevent over-abstraction. Reusing components comes with the benefits of DRY code; components usually have some data or functionality that another component needs, for example, to keep components in synchronization. In React, we can use props to make our components communicate.

Executing the function is fairly straightforward:

In React components, these arguments are called props, short for properties. An ErrorMessage can look something like:

Because ErrorMessage will be reused many times across the app, it will pass a different message in its props. However, this is just one component, and this example doesn’t clarify where the message prop came from, which is important for us to know.

React keeps UI changes in the virtual DOM, then updates the browser DOM through a process known as reconciliation. Let’s take a simple dashboard app as an example:

The App component has three states, activeProfileId, title, and username. The states have default values, and they are passed down to the Dashboard component:

The Dashboard component receives the props and immediately dispatches them to subsequent components SideNav and Main further down the tree:

Finally, Profile uses the username props. Passing props down in this manner, known as prop drilling, is the default method. To better illustrate the component hierarchy, view the diagram below: 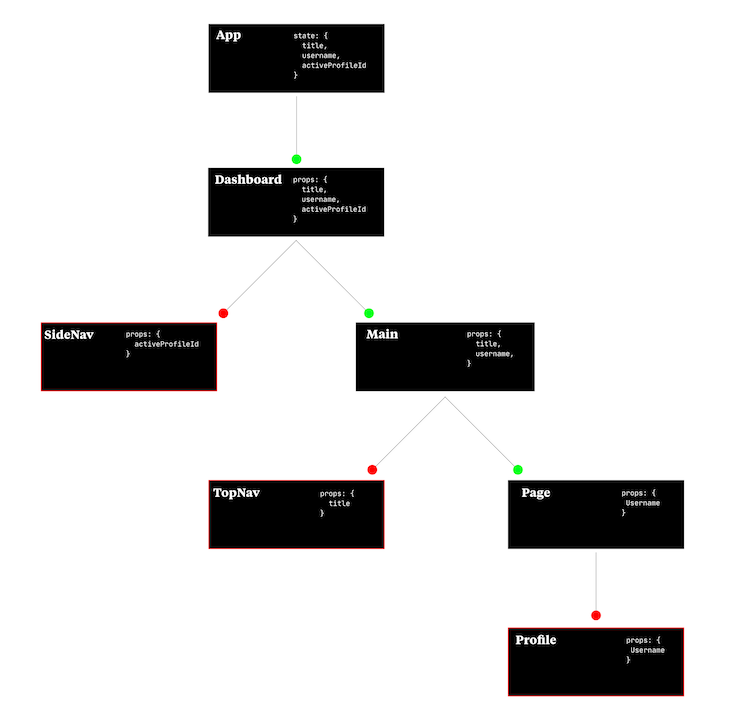 App is the initiating prop-passing component. While App‘s states title, username, and activeProfileId were passed down as props, the components that needed those props were SideNav, TopNav, and Profile. However, we had to go through intermediary components Dashboard, Main, and Page, which merely relayed the props.

Traversing from App to Dashboard to SideNav is relatively easy compared to navigating from App, Dashboard, Main, Page, and finally to Profile.

There is also the issue of re-rendering. Because of the way React rendering works, intermediary components will also be forced to re-render, degrading your app’s overall performance. Let’s see how we can solve these problems using the React Context API.

Getting started with React Context

According to the React docs, Context provides a way to pass data through the component tree from parent to child components, without having to pass props down manually at each level.

Each component in Context is context-aware. Essentially, instead of passing props down through every single component on the tree, the components in need of a prop can simply ask for it, without needing intermediary helper components that only help relay the prop.

We’ll use the useContext Hook to create and use a new Context as follows:

Storing and accessing a user profile

One of my favorite use cases for Context is storing a user profile and accessing it wherever I need to. I can also keep a shared-state in sync. Let’s build our dashboard app again: 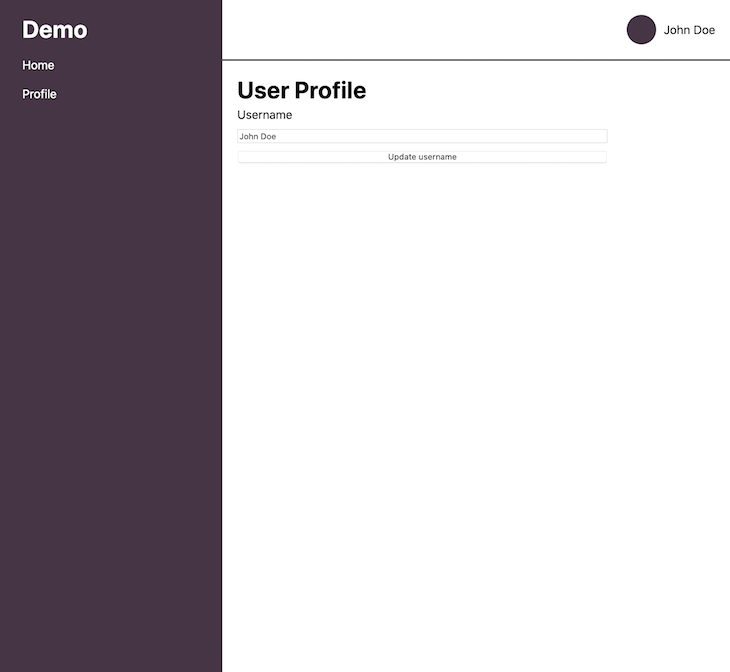 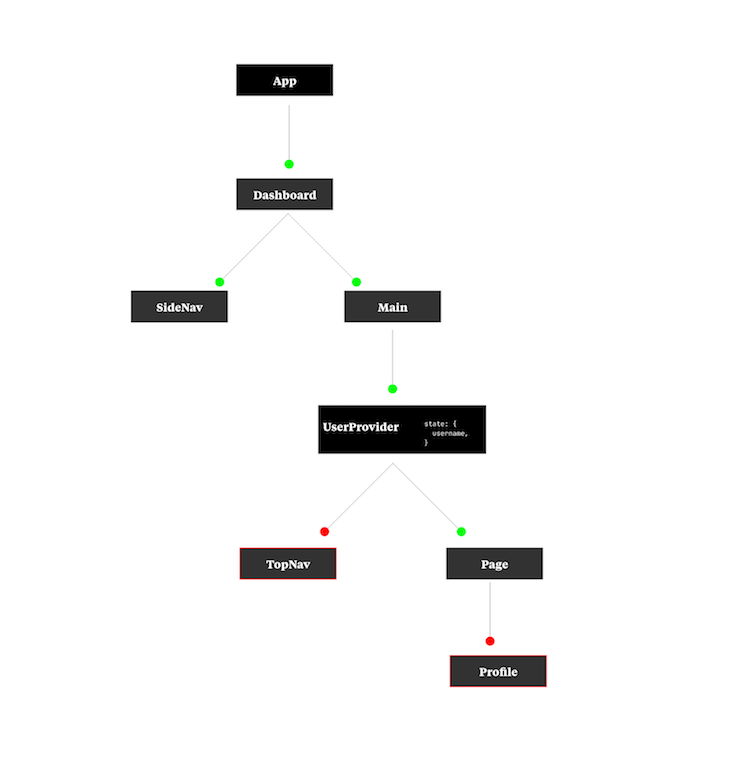 Notice that the diagram looks similar to the prop-drilling component tree above, except username is the only consideration. You might also notice the following:

Direct access means that even though Page is a parent component to Profile, it doesn’t have to be an intermediary component anymore:

The state variables userDetails and setUserDetails are exposed through the UserContext and UserDispatchContext providers with the value prop.

Wrapping UserProvider, as in Main below, will expose the value props of UserContext and UserDispatchContext to the TopNav and Page components down the tree:

In Profile, we can use username as follows:

Another use case for React Context is using it as a global state mechanism, like we have in between TopNav and Profile. Updating the username in Profile immediately updates the shared state in UserProvider, providing a mechanism for global state management.

As with prop drilling, there can be some performance drain when using Context. Whenever it renders, its child components also render. One way to minimize rendering is to keep Context as close to where it’s being used as possible, like we’ve done with UserProvider. Although we could position it higher up in the component tree, it would be less effective.

What the React Context API is used for

With React Context, we can pass data deeply. While some developers may want to use Context as a global state management solution, doing so is tricky. While React Context is native and simple, it isn’t a dedicated state management tool like Redux, and it doesn’t come with sensible defaults.

If you decide to use React Context at all, you should be aware of its potential for performance drain. You can very easily get carried away and add too many components where they aren’t needed. To prevent re-rendering, be sure to place contexts correctly only in the components that require them.

Redux vs. the React Context API

Does React Context replace Redux? The short answer is no, it doesn’t. As we’ve seen, Context and Redux are two different tools, and comparison often arises from misconceptions about what each tool is designed for.

In my experience with Redux, it can be relatively complex to achieve something that is easier to solve today with Context. Keep in mind, prop drilling and global state management is where Redux and Context’s paths cross. Redux has more functionality in this are.

Ultimately, Redux and Context should be considered complementary tools that work together instead of alternatives. My recommendation is to use Redux for complex global state management and Context for prop drilling.

The main takeaways from this article include the following:

What’s new with WebKit in Safari 15

4 Replies to “React Context API: A deep dive with examples”