Building an Android app with GraphQL 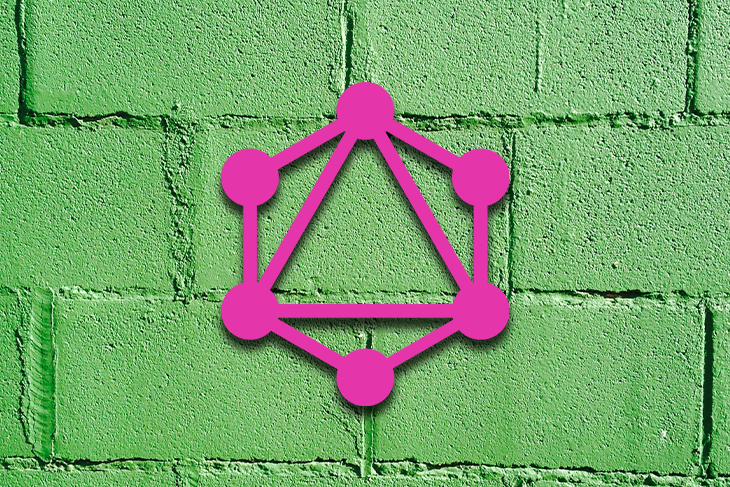 In a classic client-server architecture, an Android application can serve as a frontend client that relies on data from a backend service. Commonly, developers rely on REST and GraphQL web specifications to facilitate communication in this architecture.

In this article, we will talk about GraphQL and where it shines over REST, and finally, we will write some code to connect an Android application to a GraphQL server.

GraphQL is a query language for fetching and mutating data from a backend service. When interacting with a GraphQL service, there is only one entry point (URL) for retrieving and mutating data. You may ask, how is that possible? Well, with GraphQL queries, you can do simply anything.

Before I show you a sample query, let’s talk about the three GraphQL operators and their usage. GraphQL operators are used to perform CRUD requests on the server and listen for events. There are three main operators in GraphQL:Query, Mutation, and Subscription:

Primarily, GraphQL addresses the issues of over-fetching and under-fetching. GraphQL shines over other web specifications like REST because the client can fetch only the data it needs.

If things still sound hazy, don’t worry — you’ll have an epiphany as we write some code 😊.

Setting up the starter project

Here are a few things to note about the project we’ll be refactoring:

Go ahead and clone this GitHub Lagos Project sample application like so:

If the cloning is successful, open the project in Android Studio and run it. If all is well, you will have the same thing as in the screenshot below: 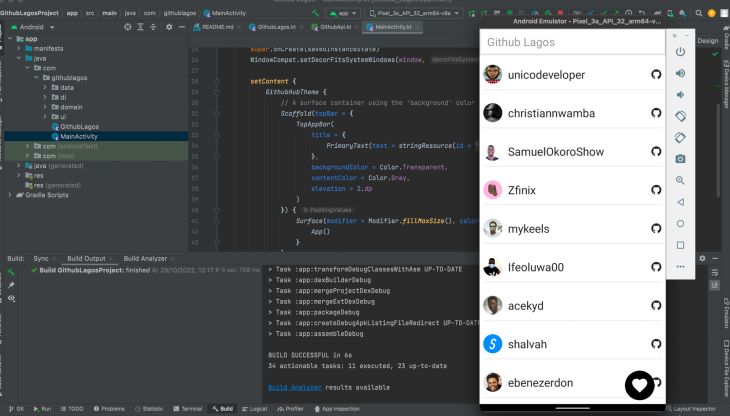 The Logging interceptor is needed to aid the printing of network traffic to the Logcat window. The second dependency, Apollo, is a library for working with GraphQL APIs on Android. Apollo is for GraphQL in the same way that Retrofit is for REST.

Migration from REST to GraphQL

Migration can be a daunting task especially if you are new to a technology and if there are many touch points in the undertaking. However, in cases where the codebase is well structured and modularised, migration becomes less complex and risky. You can safely locate and update components without affecting the entire system.

In the next couple of steps, I will show you how to migrate our project to use the GitHub GraphQL API.

Replace reference to Retrofit with ApolloClient

In order to use ApolloClient to communicate with GitHub GraphQL API, we will need to migrate. First, locate NetworkModule in com.githublagos.di and update the file with this code:

From the code block above, there are two object types: OkHttpClient and ApolloClient. These are declared as dependencies that will be provided at runtime through dependency injection with the Hilt.

Take note of how I customized OkHttpClient with a customer interceptor (AuthInterceptor). I included the interceptor to modify the HTTP request to include an authorization header.

GitHub GraphQL server requires every request to be authenticated with the right scopes. See the self-explanatory code block below:

The GraphQL schema defines all object types supported by GitHub’s API. Object types from this schema are used to build queries for making a network request. Follow the following steps to include the schema in the project:

Now, we will build our query to specify which data we want the server to return to us. In the same GraphQL folder, create a GetUsers.graphql file and paste it into it the code block below:

In a nutshell, the code block above is a query that will be used to request a list of users from GitHub GraphQL server. We will examine each component of this query below.

GetUsers is the query that accepts three parameters:

The pageInfo requests the basic page information. We will use the data returned to implement pagination. endCursor is the cursor ID of the last User object for the current page. hasNextPage is a Boolean that evaluates if there’s another page of users.

Now, we have defined a GraphQL file, but we cannot use it directly in our Kotlin code. We have to rebuild the project for code generation to kick in and create a Kotlin representation of the file. If the Gradle build is successful, you will find GetUsersQuery created in your build directory: 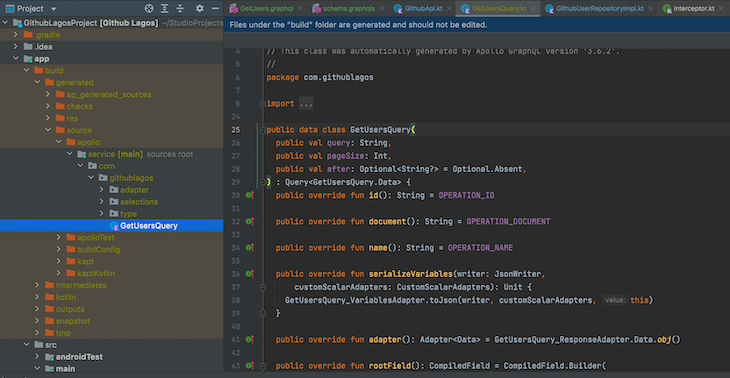 In the previous steps, we created GetUsersQuery and a singleton instance of ApolloClient. These objects will be used to perform a search on GitHub GraphQL server. Copy the code below into your IDE:

In the code block above, I have refactored GithubApi from an interface to a class type that accepts ApolloClient as an argument. This object is responsible for executing queries, mutations, and subscriptions.

The method signature for getUsers accepts a nullable endCursor argument, making it optional. In Apollo GraphQL, we use an Optional type to represent an optional value. This object is a Kotlin-sealed class that can either be Present or Absent.

With one line of code, we can execute a GraphQL query like so: apolloClient.query(query).execute().

This does all the heavy lifting, returning a response containing a list of GitHub users alongside the page information.

If you made it this far, kudos to you! This is the last piece of the refactoring. We want the pagination source to depend on Apollo GraphQL to execute multiple queries as per the scroll request.

First, locate GithubUserSource and fix the breaking changes with the code block below:

The major difference between the former and the new implementation is in the key type. Because we are using the cursor of the last user object to facilitate our pagination, we have defined the PagingSource to have a string key and not an integer.

The load() method is invoked when there is a request for more content to be loaded into the listview. Whenever this invocation occurs, we fetch the users from the server, specifying the page size and end cursor as parameters.

On the first invocation, previousKey will be null because, at that instance, there is no nextKey cached within the paging source. If the operation is successful, we will get a response that contains the user’s information and the end cursor. This response is mapped into a LoadResult.Page object and fed into the paging source.

Voila! We have refactored a REST-based Android project to GraphQL using ApolloClient. Now, you should be able to build and run the project successfully. There will be no visible change on the user’s screen because we only changed the data source implementation.

From my perspective as a mobile developer, GraphQL is easy to use on Android. The only learning curve I can think of would be the syntax of the query language. Other than that, it’s a breeze! The GraphQL documentation is a great place to learn more about it.

Emmanuel Enya Follow I am a computer engineering graduate with five years of professional experience building modern Android applications. I am a huge fan of clean code because clarity is King 😄
« The top 8 React chart libraries
Effectively using the six thinking hats in product management »