Mohammad Faisal Follow I am a full-stack software engineer working with the MERN stack. Also, I am a blogger in my free time and love to write about various technical topics.

How to use Redux in Next.js 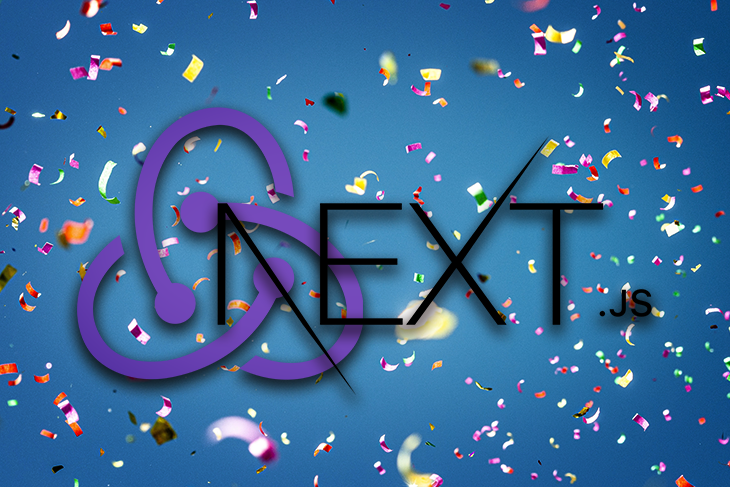 Redux is one of the most popular state management solutions in the React ecosystem. Nowadays, there are plenty of alternatives, but Redux is still the most trusted and widely used tool.

For this reason, many projects that use Next.js want to take advantage of Redux as well. But using Redux in a Next application has a few catches, and the setup is not always straightforward. That’s why this article will walk you through how we can set up a Next project with Redux.

Why should you use Redux with Next.js?

There are a lot of reasons why you might want to use Redux in a Next application. Let’s take a look at some of them.

Usually, a central state is used to manage the shared data between the components in a tree. In React, data flows only downwards, which means you can pass data from the parent component to a child component.

This limitation sometimes makes things hard, because the components might not be close in the component tree, and there might not even be a parent-child path.

In this case, using a common store that wraps all the components makes total sense, and you might consider Redux.

Redux is very powerful as a state management solution. It’s been around for a while, so it has excellent community support.

If you are building something serious and unsure which use-cases might appear in the future, more likely than not, Redux will have a solution for you. While nothing is completely future-proof, Redux is a safe bet for long-term projects.

In many projects, speed is often a priority. Many React developers are already familiar with Redux, and companies often want to use the same tool across all of the projects if possible.

This means even if you are working in a company that is building a new project in Next, you might be forced to use Redux anyway, so it’s a good idea to learn how to use it based on popularity alone.

Building a sample app with Next.js and Redux

Today we will build a simple application that tracks if a user is logged in or not, then based on the state, changes the text above the button.

The purpose of this project is to demonstrate how to use Redux, so I am keeping things simple here so that we can focus on the Redux integration with the Next. Going forward, we have two options. We can use plain Redux, or we can use Redux Toolkit.

Redux is being used in many legacy projects, but Redux Toolkit is recommended, as it reduces a lot of boilerplate code and has improved performance. However the setups are almost the same for both of these.

Let’s create the starter project by running the following command:

You can see the project in action by running yarn dev and visiting http://localhost:3000/ on your browser.

As we are using Next, we will need an additional package to take care of our server-side rendering:

Let’s create a new folder called store and create a file named authSlice.ts inside it. The official documentation defines a slice as: “a collection of Redux reducer logic and actions for a single feature in your app.”

We will put the logic for our authState inside of this authSlice.ts file:

This is a straightforward slice. A slice for any normal React application using Redux will be just like this. There is nothing special for Next yet.

In line 27, you will notice there is a special reducer that we are adding here called HYDRATE. The HYDRATE action handler must properly reconcile the hydrated state on top of the existing state (if any).

Basically, when any page refresh occurs, if you navigate from one page to another page, or the getStaticProps or the getServerSideProps functions are called, a HYDRATE action will be dispatched at that moment. The payload of this action will contain the state at the moment of static generation or server-side rendering, so your reducer must merge it with the existing client state properly.

Next, create a file named store.ts to create the store, and add our authSlice there:

Notice on line 22 where we export a special wrapper function. This wrapper eliminates the need for a Provider that we would use in a normal React application.

We have to do one last thing to finish setting up our Redux architecture. Open the _app.tsx file and wrap our component like so:

Notice at line 9 that we are wrapping our component with withRedux. We can wrap the individual pages as well, but that is not recommended; when we navigate from one page to another, if that particular page is not wrapped, it will crash.

Our Redux setup is complete! Let’s use our Redux store inside the index.tsx page like so:

Any Redux store has two main purposes: reading and updating.

On line 6, you can see we are reading the state using the useSelector function provided by react-redux.

We have a button where we can toggle the authState, and based on this, we are changing the text on the button.

Persisting the state in Next.js

Now we have successfully set up our Redux store. You can verify it by clicking the button, which will dispatch actions based on the current state and update the store, which will eventually change the state.

But if you refresh your page, you will see that the state doesn’t persist. This is because in Next, each page is rendered on demand, which means when you navigate from one page to another, the previous state will be gone.

For this case, if the user is logged in, then whenever you switch to another page, the user will be logged out automatically as the initial authState is defined as false.

To resolve this issue, we will take advantage of the wrapper function that we created earlier and use Next’s special function getServerSideProps, as this will get called each time the page loads.

Let’s add the following code into our index.tsx file:

We are generating the initial state inside the getServerSideProps function here so even if you refresh the page you will see that the state values remain the same.

That’s how you can integrate Redux with a Next application! You can find the GitHub repository for this project here. I would also encourage you to review the documentation of next-redux-wrapper to learn more about other use cases.

Have a great day!

Mohammad Faisal Follow I am a full-stack software engineer working with the MERN stack. Also, I am a blogger in my free time and love to write about various technical topics.
« Managing a full-stack, multipackage monorepo using pnpm
Understanding React higher-order components »

5 Replies to “How to use Redux in Next.js”