Ebenezer Don Follow Full-stack software engineer with a passion for building meaningful products that ease the lives of users.

React Hooks vs. Redux: Do Hooks and Context replace Redux? 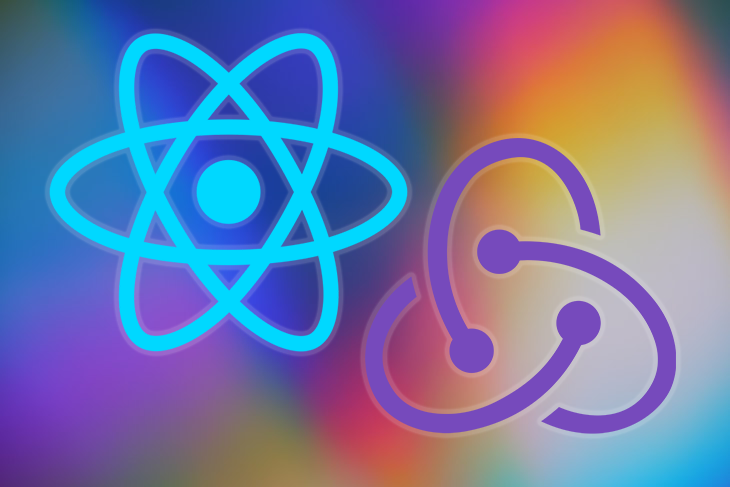 Editor’s note: This article was last updated 15 June 2022 to reflect changes made in React v18.

Redux Toolkit reduces the amount of complexity of introducing Redux into our application. However, by using the React Context API in addition to the useContext and useReducer Hooks, which were introduced in React v16.8, we can implement robust state management and avoid prop drilling without the need to import additional libraries.

In this tutorial, we’ll introduce you to the React Context API for state management and explain how React Hooks and the Context API can replace Redux.

If you’re more of a visual learner, the video below describes the React Context API and offers some reasons why you should replace Redux with React Hooks and Context.

What is state management in React?

To handle data between disconnected components in React, developers use prop drilling.

There is no global state that components can access. Therefore, if you want to pass data from a top-level component to, for instance, a fifth-level component, you’ll have to pass the data as a prop on each level of the tree until you get to your desired component.

This results in writing a ton of extra code, and giving components properties that they will never use also affects their architectural design.

To solve this problem, we need to provide a global state that all components could access, no matter how deeply nested they are.

Redux vs. React Hooks and the Context API

To some extent, Redux works well for state management in React applications and has a few advantages. However, its verbosity makes it really difficult to learn, and the extra code needed to get it working can introduce a lot of unnecessary complexity.

On the other hand, with React Hooks and the useContext API, there is no need to install external libraries or add a bunch of files and folders to make our app work. This makes it a much simpler, more straightforward approach to handling global state management in React applications.

Let’s take a closer look at Redux, React Hooks, and the Context API to see how they work, what challenges developers face when using these tools, and how using React Hooks and Context can help you overcome some common issues associated with Redux.

According to the Redux documentation, Redux is a predictable state container for JavaScript applications that helps us to write applications that behave consistently, run in different environments, and are easy to test.

One disadvantage of prop drilling is that it requires us to write a considerable amount of extra code to access data from a top-level component. With Redux, this disadvantage becomes more severe since it requires additional code to set up a global state. Redux requires three main building parts to function: actions, reducers, and store.

Actions are objects that are used to send data to the Redux store. They typically have two properties: a type property for describing what the action does and a payload property that contains the information that should be changed in the app state:

The type is usually in all caps with its words separated by underscores. For example, SIGNUP_USER or DELETE_USER_DATA.

Reducers are pure functions that implement the action’s behavior. They take the current application state, perform an action, and then return a new state:

The application’s state is housed in the store. There is only one store in any Redux application:

Since our application can only have one Redux store, to create a single root reducer for all our components, we’ll need the combineReducers method from Redux. With the considerable amount of code required to set up Redux, imagine what our codebase would look like when we have multiple components to work with.

Even though Redux solves our state management problem, it is really time-consuming to use, has a difficult learning curve, and introduces a whole new layer of complexity to our application.

Fortunately, the React Context API solves this problem. When combined with React Hooks, we have a state management solution that is less time-consuming to set up, has an easier learning curve, and requires minimal code.

What is the React Context API?

The new Context API was introduced in React v16.3. React Context enables you to share data that can be considered global for a tree of React components, like the current authenticated user, theme, or preferred language.

According to the React documentation, Context provides a way to pass data through the component tree without having to pass props down manually at every level. Essentially, the React Context API is React’s way of managing state in multiple components that are not directly connected.

To create a context, we’ll use the createContext method from React, which accepts a parameter for its default value:

The createContext method returns an object with a Provider and a Consumer component:

The Consumer, as its name implies, consumes the data from the Provider without any need for prop drilling:

Without Hooks, the Context API might not seem like much when compared to Redux. But, when combined with the useReducer Hook, we have a solution that finally solves the state management problem in React.

Hooks are a type of function that enable the execution of custom code in a base code. Hooks are essentially special functions that allow us to hook into React’s core features.

React Hooks provide an alternative to writing class-based components by allowing us to easily handle state management from functional components.

You may have noticed that when describing the React Context API, we needed to wrap our content in a Consumer component, then pass a function as a child so that we could access or consume our state.

Doing so introduces unnecessary component nesting and increases the complexity of our code. The useContext Hook makes things a lot cleaner and more straightforward. To access our state with the useContext Hook, we simply need to call it with our created context as its argument:

Now, instead of wrapping our content in a Consumer component, we can simply access our state through the value variable.

The useReducer Hook came with React v16.8. Just like the reduce() method in JavaScript, the useReducer Hook receives two values as its argument, a reducer function and an initial state. Then, it returns a new state:

In the code block above, we’ve defined our state and a corresponding method, dispatch, to handle it. When we call the dispatch method, the useReducer()Hook will perform an action based on the type that our method receives in its action argument:

How to use the useReducer Hook with React Context

Setting up our store

Now that we know how the Context API and the useReducer Hook work individually, let’s see what happens when we combine them to get the ideal global state management solution for our application.

We’ll create our global state in a store.js file:

In our store.js file, we used the createContext() method from React to create a new context.

Remember that the createContext() method returns an object with a Provider and Consumer component. This time, we’ll only use the Provider component and the useContext Hook when we need to access our state.

Notice how we used the useReducer Hook in our StateProvider. When we need to manipulate our state, we’ll call the dispatch method and pass in an object with the desired type as its argument.

In our StateProvider, we returned our Provider component with a value prop of state and dispatch from the useReducer Hook.

To access our state globally, we’ll need to wrap our root <App/>component in our StoreProvider before rendering it in our ReactDOM.render()function:

Now, our store context can be accessed from any component in the component tree. To do so, we’ll import the useContext Hook from React and the store from our ./store.js file:

Adding and removing data from state

In this tutorial, we explored the differences between using Redux for state management in React apps and using the React Context API along with the useContext Hook and the useReducer Hook. When we use Redux for state management, we have to deal with prop drilling, meaning we have to write a lot of extra code just to get our application started. By using Context to nest components within components, all the functionality from the parent component is available in the child components.

41 Replies to “React Hooks vs. Redux: Do Hooks and Context replace…”