Digital monetization trends to watch in 2023 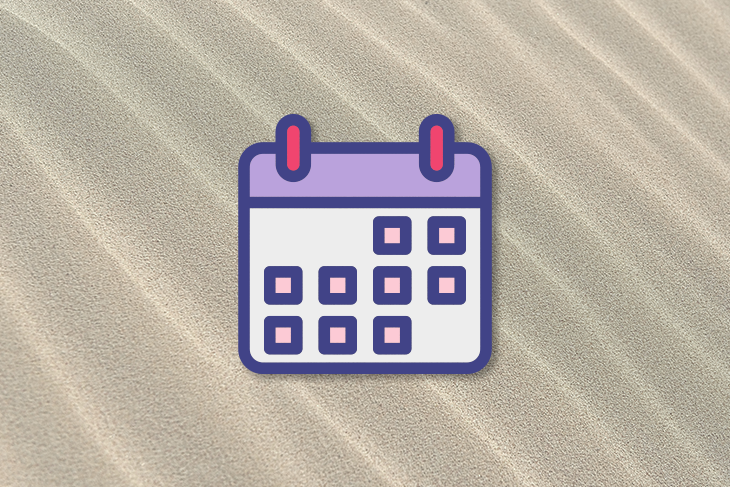 Monetization has never been sexy. But it’s about to be.

In 2023, it’s not enough to have a strong value proposition to win the market. A company also needs a scalable way to monetize the value it delivers.

That means digital monetization will become a cool topic again, which is good for everyone.

Below are a few of my predictions about how digital monetization will evolve in the years to come.

Four predictions for digital monetization in 2023:

It used to be quite a popular monetization model, whether as a primary or secondary source of revenue. But it’s changing quickly.

User privacy is becoming a more and more vital topic, both for consumers, legislators, and big companies, which results in more privacy-oriented decisions.

It’s not only about law and limitations, though. It seems like users are becoming more privacy-sensitive. More and more people reject cookies or use VPNs when browsing the internet.

Although monetizing data might still be a viable business model for some types of companies, it’ll become increasingly difficult. Many companies relying on monetizing data will have to find a new monetization model.

A native advertisement is an ad that doesn’t look like one.

These ads are integrated into the natural flow of the application so that it’s hard to distinguish them from non-paid content.

Examples of native advertising include:

Here’s are some examples of paid ads in social media feeds:

If you are monetizing with ads, native advertisements will probably become your best friend in the future.

Although some people might perceive it as unfair trickery, native advertising gives you a competitive advantage because native ads:

Not subject to banner blindness

In other words, over time, we unconsciously train our brains to intuitively distinguish and ignore ads.

But that’s not the case for native advertisements. Since these ads look like standard content, our brains pay them the same attention they pay to nonpaid content.

The invention of adblockers marked a dark day for any ads-driven company.

Now there’s a constant race between adblocker providers that strive to block ads more effectively and ad providers that try to optimize their ad code to elude detection.

Native ads let you escape the race. Since they are embedded in the product, it’s extremely hard to distinguish them from non-ad content, making adblockers completely ineffective in that manner.

At the end of the day, if you are going to show an ad to your customer anyway, why not show it in the most user-friendly way possible?

Native advertisements are less distracting and don’t knock the user out of their natural flow. At the end of the day, they provide a more seamless, friendlier experience than non-native ads.

3. Hybrid monetization models on the rise

In the old years, we used to pay a one-time fixed price to get a product, which was usually shipped on a CD. As the internet evolved, ads became a dominant revenue engine for many internet companies.

Over time, as ads were generating less and less revenue, the subscription model became a dominant monetization strategy. Now, as people have more and more subscriptions, they tend to be more selective about what they pay for on a recurring basis.

Where do we go next?

It seems like every major monetization model has already had its proverbial 15 minutes. None of them turned out to be the silver bullet. Actually, if we learned anything over the past few years, it’s that there’s no one-size-fits-all approach.

Some people only consider a specific type of product when it’s free. Some are willing to pay recurring subscriptions but not for particular types of services, while others might be willing to pay a hefty upfront fee just to have peace of mind. Not to mention the pay-as-you-go trend.

Many products will adopt hybrid monetization models to maximize revenue potential while appealing to the broadest range of customers.

With more and more subscription services being released every day, consumers are becoming hesitant to sign up for free trials.

The vision of having to pay for another subscription is already deterring. But how can you hook them to your premium benefits if they don’t even give your free trial a chance? 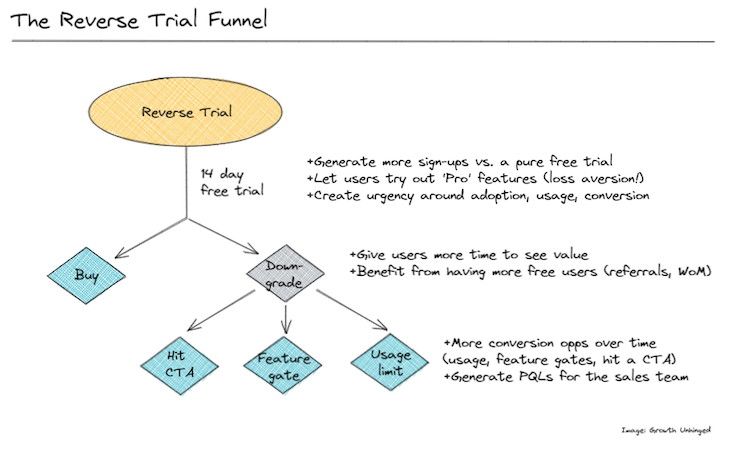 The idea behind reverse trials is to offer newcomers full premium access — whether they ask for it or not — and downgrade it after a free trial period.

It allows your users to experience the full benefits of your product without having to go through the friction of starting a trial, providing debit card details, setting reminders to cancel, etc.

Plus, the pain of giving up something good is usually a greater motivator than the potential benefit of starting something new.

Given how many new subscription products compete for users’ attention, trust and effort, reverse trials will become one of the ways to differentiate your service from others.

Bart Krawczyk Follow Learning how to build beautiful products without burning myself out (again). Writing about what I discovered along the way.
« Natural language processing with Node.js
Building an app with Qwik »