Swift vs. Rust: Which is better? 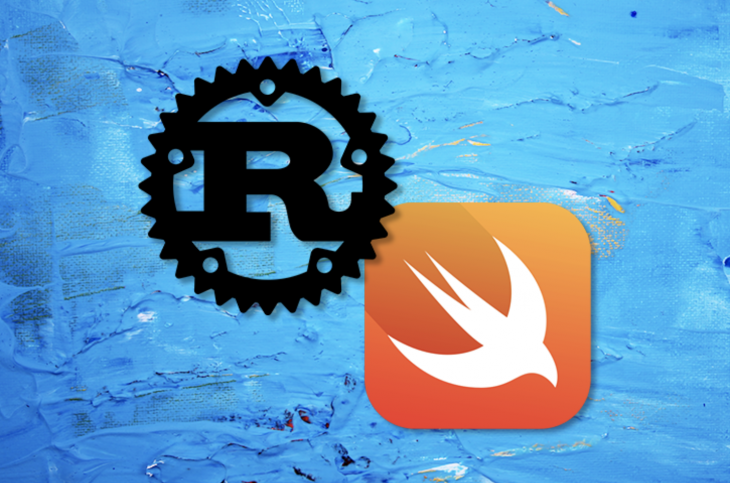 In this tutorial, we’ll compare the Rust and Swift programming languages. We’ll review the pros and cons of Swift vs. Rust and explain why you should consider switching from Swift to Rust.

Rust empowers developers to build timely and efficient software. It’s a multiparadigm language that focuses on safety and performance, similar to C and C++. Rust is fast and memory-efficient with no garbage collections. It integrates with other languages and also runs on an embedded system.

Rust is used for file systems, browser components, operating systems, simulation engines for visual reality and game engines, and much more. Hundreds of companies, from startups to large corporations, use Rust in production today. Big names include Firefox, Dropbox, and Cloudflare.

Swift is a powerful, multiparadigm programming language developed by Apple. It’s used in system programming, desktop and mobile applications, scaling up cloud services, and more. Swift code is safe by design, fast and interactive with a concise syntax and modern features for developers.

Unlike Rust, Swift is beginner-friendly; it’s known for being an easy language to code in. It’s a clean and expressive language with a simplified syntax. This makes it easier to express complex ideas with a clear and concise approach.

Swift was developed to be fast and takes a modern approach to performance, safety, and software design patterns.

Pros and cons of using Rust

Every programming language has its own advantages and drawbacks. As you’ll see in this section, pros of using Rust far outweigh the cons.

Memory management: Rust’s approach to memory management is one of its unique selling points. It is designed as a system programming, which doesn’t have runtime and doesn’t do any background processing such as garbage collection. But still has automatic memory management, which makes it a unique property among other languages

Generic support: Rust has a powerful type system with strong support for generics, which makes its complexity of code more beneficial because you don’t have to write the same array and dictionary classes thousands of times

Concurrency: Rust was developed with built-in support for concurrency

Optimal code: Rust is designed to enable developers to write optimal code all the time, which implies that to optimize your program, you don’t need to understand the compiler code. Also, Rust doesn’t copy from memory unnecessarily

Error catching: Because it’s typically typed, Rust catches errors at compile time. This helps in debugging, especially when compared to a typical typed language. Also, it compiles code down to machine learning, allowing for extra efficiency

Documentation and community: The Rust documentation explains what data structures do and contains architectural guidelines on when it is suitable to use them. It also has support for Windows, which makes up a huge percentage of several markets, alongside strong community support contributing to the language

Complexity: The Rust programming language is complex and takes time to learn

Pros and cons of using Swift

Although Swift can’t match Rust’s performance and unique approach to memory management, it does have many advantages, primarily in the ease of use category.

Here are some benefits and drawbacks to using Swift.

Generics support: Swift supports generic is very similar to Rust. One major difference is that Swift’s generic specialization is an implementation detail while Rust is guaranteed to use monomorphization to completely specialize the generic

Scalability: The transparency in Swift leads to a faster development rate. The language is future-proof, which can be extended with new features as needed, and enables you to easily integrate more developers into your team

Safety and performance: As its name suggests, Swift was created to be swift with a focus on speed and performance. It has a strong, statically typed characteristic and robust error handling, which prevents the code from crashing while typing and enables you to determine bugs before compilation. This creates clean and readable code, thereby boosting performance

Ease of use: It’s much simpler to write and read code in Swift than in Rust. Swift combines pattern matching and strong type reference with a modern, lightweight syntax

Community: Swift is open-source and user-friendly. The code and documentation are well-written and understandable

Despite the advantages listed above, Swift is not yet perfect. That said, it’s fair to expect the following wrinkles to be ironed shortly out as the Swift community continues to improve the language.

Compatibility: Swift is rapidly evolving, which sometimes makes it unstable and leads to backward compatibility issues (new versions of Swift don’t support earlier versions). The Swift community iron out this issues with the release of Swift 5.0, which features strong backward compatibility, and you can now view and access all the changes done in the previous version of Swift

Relatively small following: Although the Swift community is growing quickly, it’s not yet as popular as an open-source platform such as Rust. There are many Swift programmers out there, but a relatively small number of them have advanced experience

Why you should switch from Swift to Rust

Rust and Swift are fairly similar and have a lot of things in common. Both are compiled languages with a powerful modern type system that focus on safety and performance.

There are plenty of tradeoffs to consider when choosing whether to write your app in Swift or Rust. As of today, despite Swift’s ease of use and high performance, Rust is the better, more complete language to use in most scenarios.

Here are some compelling reasons why you would want to switch from Swift to Rust.

Rust’s approach to memory management is one of its unique selling points. It’s designed as a system programming language that doesn’t have runtime and doesn’t do any background processing such as garbage collection.

Rust embraced a unique way to ensure memory safety that involves a system of ownership and a borrow checker. Rust’s borrow checker ensures that references and pointers do not outlive the data they point to.

Swift ameliorates memory management concerns by defaulting to thread-safe reference counting. Rust defaults to stack, allowing you to select from a wide collection of memory management options or even build your own. This gives you amazing performance and memory safety with speed in building efficient software. This memory and performance benefit is what influenced Amazon Web Services to adopt Rust for performance-sensitive components in Lambda, EC2, and S3.

Rust can also be used to build libraries that other programming languages use. Unless you’re building for a specific IOS domain, Rust is the best choice because it runs effortlessly on all major computing platforms.

Another reason to switch from Swift to Rust is Rust’s fast-growing community support. The community support for Swift is weak because Apple mainly supports it. With Rust being used to build libraries for other programming languages and given its adoption by large companies, notably Mozilla, the push for Rust as a mainstream language is almost inevitable.

As mentioned previously, Amazon Web Service has also adopted Rust for performance-sensitive components in Lambda, EC2, and S3. In 2019, AWS announced its sponsorship for the Rust Project and has since provided Rust with AWS SDK.

According to Stack Overflow’s “2020 Developer Survey,” 86 percent of respondents named Rust their favorite programming language of 2020, compared to just under 60 percent who cited Swift as their most-loved language.

Rust is IDE-agnostic with an amazing development ecosystem. The installation and configuration process of starting a project in Rust is very simple and straightforward. It has a very self-contained, comprehensive suite of tools to write code.

Lastly, and perhaps most importantly, Rust empowers developers to build reliable and efficient software. It will most likely make you think differently about programming widen your perspective when it comes to system programming. The same cannot be said of Swift.

In this guide, we reviewed the major differences between Swift and Rust, the advantages and drawbacks of using each programming language, and why you should consider using Rust over Swift.

Which programming language do you prefer? Let us know in the comments.

LogRocket is like a DVR for web apps, recording literally everything that happens on your Rust app. Instead of guessing why problems happen, you can aggregate and report on what state your application was in when an issue occurred. LogRocket also monitors your app’s performance, reporting metrics like client CPU load, client memory usage, and more.

What you can’t do in Rust (and what to…

Creating a Node CLI with Enquirer

2 Replies to “Swift vs. Rust: Which is better?”