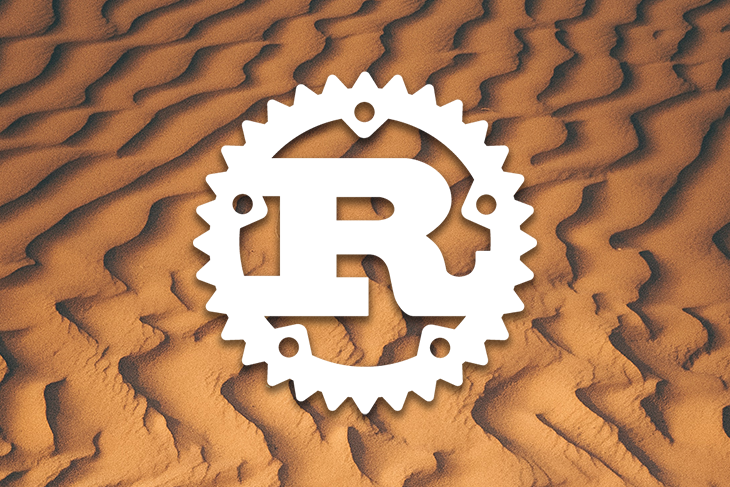 Pathfinding is an important problem in many applications. In this article, we’re going to look at some options for pathfinding in the Rust language.

Simply put, pathfinding is finding the shortest route between two points. In the simplest case, the answer is “a straight line,” but things can get much more complicated that that!

Some examples of complicating factors are:

Pathfinding is used in many applications. Some of the most common ones are robotics and video games, such as roguelike games.

In robotics, a common task for robots is to navigate the environment and get from point A to point B as quickly as possible.

In video games, a character controlled by the computer may need to move places in the environment. Also, if the game allows the player to set waypoints, it may also want to show the quickest way to get to the next waypoint.

Now that we’ve established the usefulness of pathfinding, let’s take a look at a few examples of pathfinding in Rust, an increasingly popular programming language.

Note that most pathfinding algorithms work in terms of nodes instead of continuous space. This Game Developer article discusses some ways to make the results of these algorithms look more natural.

You can check out the full code we’re going to be using in this GitHub repo.

The Board struct defines a rectangular board where each cell can be an obstacle or have a cost associated with moving to it.

Board::new() allows creating the board and specifying these cells with a Vec<string>. In this string, a character with a value between one and nine indicates a cell that can be moved to at the defined cost. Meanwhile, a character of “X” indicates an obstacle.

Note that these algorithms support having one-way links between cells. For simplicity, we’re not going to allow that functionality in the Board struct.

Board::get_successors() takes in a cell position and returns a Vec of cells that can be directly moved to along with their cost. As we’ll see, this is a key method used in all of the algorithms we’re going to look at in the pathfinding crate.

There’s also Board::draw_to_image(), which is a convenient way to write an image with the Board cells — and optionally, a path as well. This method uses the imageproc crate to do the drawing.

Breadth-first search is a fairly straightforward algorithm for finding a shortest path from a start node to a goal node. Starting at the start node, it processes each connected node at a time.

If that node is the goal node, then we’re done! Otherwise, we put each of its connections in the queue of nodes to look at and continue.

The code below shows the call to actually do the breadth-first search:

Per the documentation for bfs(), the arguments are:

Note that since breadth-first search doesn’t support costs for nodes, we have to map the result of Board::get_successors() to remove the costs.

Additionally, as the documentation notes, taking in a node and returning whether it is the goal node is more flexible than just taking in what the goal node is. This is because it allows for multiple goal nodes, or some sort of dynamic computation for whether a node is a goal or not.

In this case, we just want one goal node, and that’s easy to do as well!

bfs() returns Option<Vec<N>> where N is the type of the node you passed in. It’s an Option<> because it’s possible there is no path from start to the goal; in that case None is returned. Otherwise, it returns a Vec of the path to get from the start to the goal, including both endpoints.

To run the example, use cargo run --bin bfs. Here’s the resulting image showing the path from the start (blue) node to the goal (green) node: 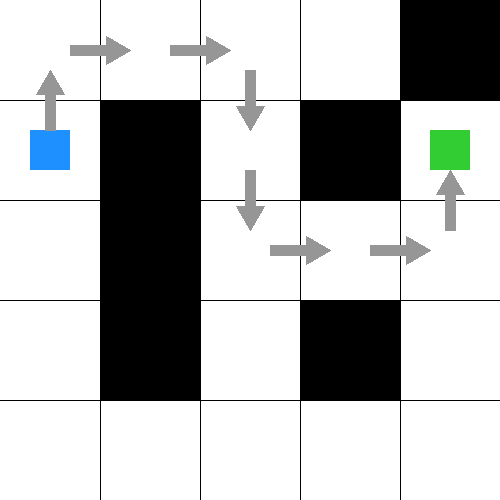 Accounting for costs in Rust pathfinding with Dijkstra’s algorithm

Dijkstra’s algorithm is another algorithm for finding a shortest path from a start node to a goal node. Unlike breadth-first search, it does use the cost of moving to a node in its calculations.

Make sure to take a look at the full source for this example using Dijkstra’s algorithm.

Per the documentation for dijkstra(), the arguments are very similar to bfs(). The only difference is that the second argument is now a Vec of tuples, each one of which contains the following:

Again, similar to bfs(), dijkstra() returns Option<(Vec<N>, C)>; the second member of the tuple is the total cost to get from the start node to the goal node. 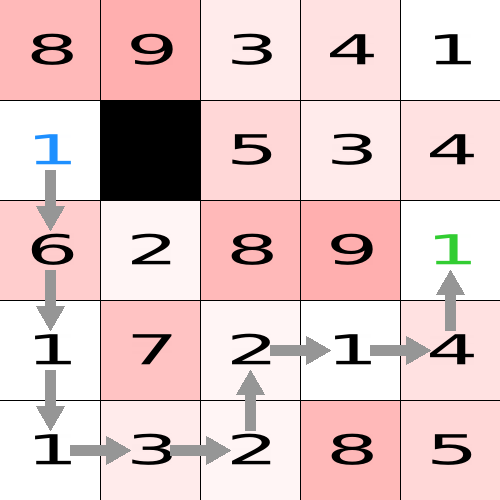 Notice how the path is a bit more roundabout than a direct path because of the costs of the nodes.

Both of the previous searches we’ve looked at start out by trying every connected node. However, there’s often more structure in the problem that these algorithms aren’t taking advantage of.

For example, if your goal node is directly west of your start node, it probably makes sense for the first move to be in the westward direction!

The A* search algorithm (pronounced “A-star”) takes advantage of this extra structure. It requires that you pass in a heuristic function that estimates the distance from a node to the goal, and that this estimate is always less than or equal to the actual distance.

Using this heuristic, the A* search algorithm can try paths that are more likely to be lower in cost first. It can also figure out when it can stop because there can be no shorter path.

Often, if you’re doing pathfinding in a two-dimensional space, a heuristic that ignores cost and just calculates the distance between the two nodes works well.

For our example Board, we’re not allowing diagonal moves, so the distance between two cells is the Manhattan distance. Since the minimum cost to get to any cell is 1, we can use this as our heuristic.

Here’s the full source for this example using the A* search algorithm, and here’s the call to run it:

Per the documentation for astar(), the arguments and return value are the same as for dijkstra() except for the heuristic function, which is the third parameter.

To run the example, use cargo run --bin astar. Here’s the resulting image: 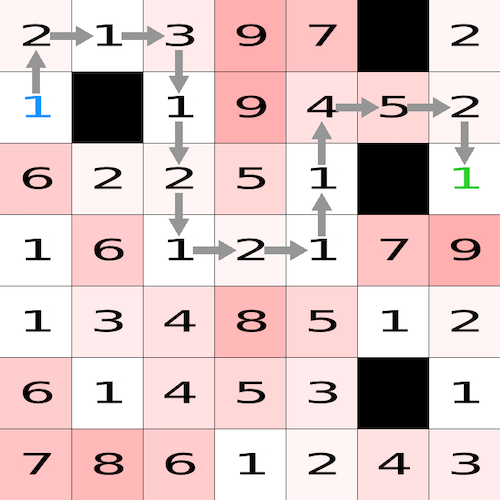 When it comes to pathfinding in Rust, A* search is commonly used in robotics and video game applications. However, one weakness of A* search is that it can take a lot of memory to run.

There are variants such as iterative deepening A* search and fringe search that improve on its memory usage, and the pathfinding crate has support for both of these with the idastar() and fringe() methods. These methods take the same parameters as the astar() method above, so they’re easy to try out.

If you’re looking to do some pathfinding in Rust, clone the repo and give it a shot!

Greg Stoll Follow Greg is a software engineer with over 20 years of experience in the industry. He enjoys working on projects in his spare time and enjoys writing about them!
« Handling user authentication with Remix
How to make your design system DRY with Zag »