Why is Rust so popular? 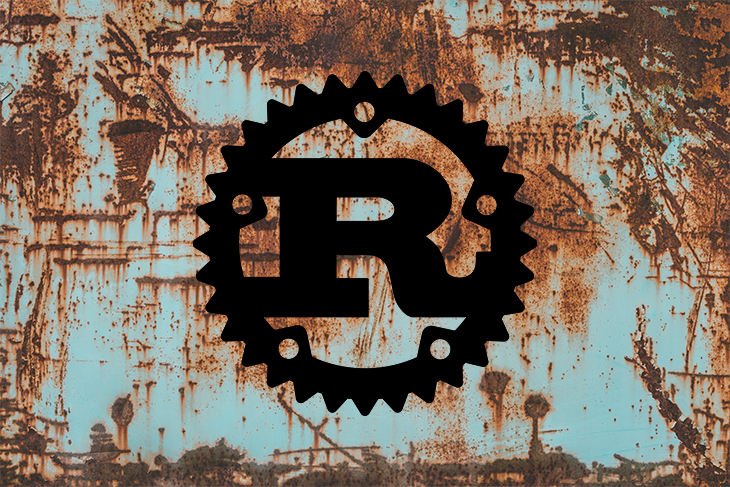 According to 2020 StackOverflow surveys, Rust is the most loved programming language of 2020, with more than 86 percent of people who have used it willing to use it again.

This is no coincidence, as Rust not only provides a special combination of performance and security for developers, but it also provides beginner-level developers with tools to ship code faster.

Rust was officially released in 2015, and has gone through a number of changes and updates in order to become the beloved language that it is today. In this article, we’ll discuss what Rust is, its benefits, and use cases in both the workforce and in side projects.

Rust: What is it and why use it?

Rust is a statically typed, multi-paradigm programming language that’s focused on safety and performance. Rust was built with safety, speed, and efficiency in mind.

It provides zero-cost abstractions, generics, functional features, and, for many developers, these solve most of the problems of other low-level languages, such as memory errors and building concurrent programs.

Rust has been used to build many great websites and products such as 1Password, Figma, NPM, Coursera, Mozilla, Atlassian, Dropbox, and more.

To see some more amazing products created with Rust, you can check out this link for Rust production users.

Rust is often cited as a language of choice for systems programming by developers because it combines best-in-class speed with a very low resource usage while still offering the safety of a standard server language. Rust solves problems associated with C/C++ such as garbage collection and safety.

Now let’s talk about why Rust is as popular as it is.

One of Rust’s best features is zero-cost abstractions, meaning you don’t have to pay for features you don’t use, so whether you use abstractions or go the “manual” implementation, costs around speed, memory consumption, etc., is the same.

With zero-cost abstractions, compile time memory checks, and garbage collections, Rust doesn’t check and collect memory at runtime but tracks the lifetime of code at compile time. This means it doesn’t matter if you use loops or closures — they all compile down to the same assembly.

For software engineers, many issues around systems programming are memory errors. Their goal is to design a project with quality code management, readability, and quality performance at runtime.

To accomplish this, engineers try to limit code optimizations and memory overhead, which pushes indirect memory access that can cause performance at runtime. Rust solves this with zero-cost abstractions.

Rust has built-in support for concurrency

Concurrency is simply what happens when multiple copies of the same program are run at the same time and during the time of execution, those copies of the program communicate with each other.

Rust has built-in support for multi-threading, and with its ownership and borrowing rules, developers have been able to write better concurrent code using the language — all because Rust prevents data races during compile time.

Ownership is often regarded as the most unique feature of Rust. Ownership enables Rust to make and guarantee memory safety without the need for a garbage collector. When it comes to low-level programming languages, there are two types of memory: stack and heap.

Stack is a type of memory used for assigning dynamic memory that’s known memory, such as integers and strings. Heap is used for memory that might be changed in the future, which means most developers budget spaces for items in a heap and then sign them onto a space in a stack. One of the problems with this method is that sometimes two variables can be assigned to the same data on a heap.

To solve this, Rust only allows one variable to own a piece of data. Once data is assigned to another variable, it’s either moved or copied.

On the topics of security and safety, Rust is cited as one of the most safety-first languages. Unlike other languages, Rust analyzes a program’s memory compilation at compile time, often preventing bugs and errors that might occur from poor memory management. This, of course, makes garbage collection unnecessary in a Rust application.

Rust has thorough and impressive documentation

Rust is often cited as a language with a steep learning curve and usually not for beginners. Despite this, a great number of developers have cited Rust’s thorough documentation as a reason for adopting the language.

Several people who took the survey StackOverflow identified as intermediate developers new to the Rust scene have said that the documentation has served as a way to greatly improve their knowledge of Rust.

Rust has a growing community

Programming languages and tools grow when they have a community of users and people to interact with. Because Rust is popular, it now has a strong sense of community among its users.

Because it was created in 2010 and was adopted by developers and firms, it’s since gathered numerous users, experts, and enthusiasts, making it easy for newbies to get help and solve problems with Rust using the playground.

Rust has a community page with links to Discord channels and a forum for all things Rust. These groups have continued to spring up on the internet and are devoted to working with Rust and helping developers in the Rust ecosystem.

When should you use Rust?

Rust is useful in containing certain classes of bugs during compilation due to its safety features. But it’s better suited for use on applications where performance matters and a large amount of data is processed.

Rust is good for the following cases below:

Web browsers and engines: Rust was refined at Mozilla by designers while working on the Servo browser engine, and even Microsoft is said to be using Rust to redesign some of its performance critical components.

Operating systems: Several languages have been written entirely using Rust, some of which include: Redox, a UNIX-style operating system on a microkernel design and FireCracker, an open-source virtualization tool used for building secure containers and VMs for serverless services.

Creating web projects: Rust has been used to develop spectacular web-based projects, and tools such as rocket and gotham have been used to create production level web projects like Dropbox and Coursera.

From its usability to the growing need for the features it provides, we can see why Rust’s popularity is on the rise and won’t be fading anytime soon.

The Rust community is incredibly active and continues to release updates and tools to improve Rust. Because of its ability and reputation around creating safe systems, Rust is stated to remain popular in the coming years.

Rust’s safety, speed, and efficiency (i.e., its ability to help developers write performant code faster) are why it will continue to be beloved by the developer community in the coming years.

Fortune Ikechi Follow Fortune Ikechi is a frontend engineer based in Rivers State, Nigeria. He is a student of the University of Port Harcourt. He is passionate about community and software engineering processes.
« Rust and TUI: Building a command-line interface in Rust
Best practices for managing and storing secrets in frontend development »

2 Replies to “Why is Rust so popular?”