Optimizing performance in a React application 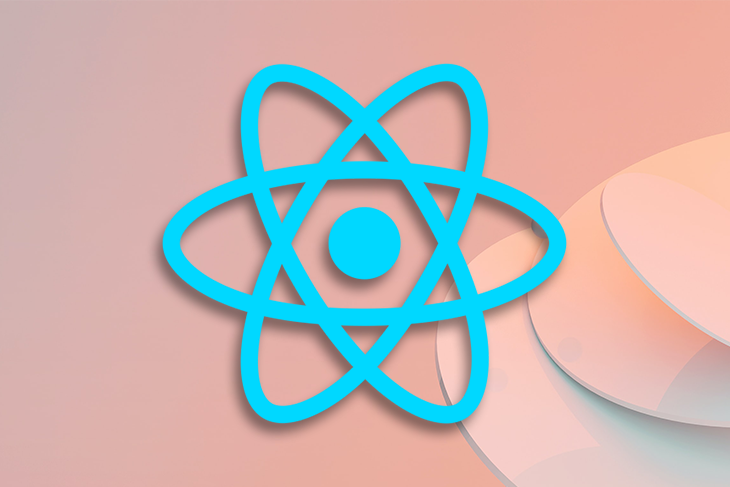 Optimizing application performance is key for developers who are mindful of keeping a user’s experience positive to keep them on an app and engaged.

According to research by Akamai, a second delay in load time can cause a 7 percent reduction in conversions, making it imperative for developers to create apps with optimized performance.

In React applications, we are guaranteed a very fast UI by default. However, as an application grows, developers may encounter some performance issues.

In this guide, we will discuss five important ways to optimize the performance of a React application, including pre-optimization techniques. These include:

Before optimizing a React application, we must understand how React updates its UI and how to measure an app’s performance. This makes it easy to solve any React performance problems.

Let’s start by reviewing how the React UI updates.

Understanding how React updates its UI

When we create a rendered component, React creates a virtual DOM for its element tree in the component. Now, whenever the state of the component changes, React recreates the virtual DOM tree and compares the result with the previous render.

It then only updates the changed element in the actual DOM. This process is called diffing.

React uses the concept of a virtual DOM to minimize the performance cost of re-rendering a webpage because the actual DOM is expensive to manipulate.

This is great because it speeds up the UI render time. However, this concept can also slow down a complex app if it’s not managed very well.

What we can deduce here is that a state change in a React component causes a re-render. Likewise, when the state passes down to a child component as a prop, it re-renders the child and so on, which is fine because React must update the UI.

The issue comes when the child components are not affected by the state change. In other words, they do not receive any prop from the parent component.

Let’s quickly demonstrate this concept. Here, we have an App component holding a state and a child component:

Whenever the state of the App component updates, the ChildComponent re-renders even when it is not directly affected by the state change.

Open the console in this CodeSandbox demo and write something in the input field. We’ll see that for every keystroke, the ChildComponent re-renders.

This brings us to the second pre-optimization technique.

Profiling the React app to understand where bottlenecks are

React allows us to measure the performance of our apps using the Profiler in the React DevTools. There, we can gather performance information every time our application renders.

The profiler records how long it takes a component to render, why a component is rendering, and more. From there, we can investigate the affected component and provide the necessary optimization.

To use the profiler, we must install the React DevTools for our browser of choice. If you don’t have it installed yet, head over to their extension page and install it (choose Chrome here or Firefox here).

Now, we should see the Profiler tab when working on a React project.

Back to our code. If we profile the application, we see the following behavior:

The DevTools profiler highlights every rendered component while the input text field updates and we receive every detail from the rendered components. In the flame chart below, we can see how long it took to render the components and why the App component is rendering.

Likewise, the image below shows the child component is rendering because the parent component rendered.

This can impact the React app’s performance if we have an operation in a child component that takes time to compute. This brings us to our optimization techniques.

We’ve learned that a state update in a parent component re-renders the parent and its child components.

So, to ensure re-rendering a component only happens when necessary, we can extract the part of code that cares about the component state, making it local to that part of the code.

By refactoring our earlier code, we have the following:

This means, when the state changes in the FormInput component, only the component re-renders.

If we test the app once again in our CodeSandbox demo, the ChildComponent no longer re-renders on every keystroke. With this technique, we can greatly improve the performance of our React app.

But sometimes, we cannot avoid having a state in a global component while passing it down to child components as a prop. In this case, let’s learn how to avoid re-rendering the unaffected child components.

Unlike the previous performance technique where refactoring our code gives us a performance boost, here we trade memory space for time. So, we must only memoize a component when necessary.

Memoization is an optimization strategy that caches a component-rendered operation, saves the result in memory, and returns the cached result for the same input.

By updating the input field, both the App component and ChildComponent re-render, which you can see on CodeSandbox.

React.memo is a higher-order component used to wrap a purely functional component to prevent re-rendering if the props received in that component never changes:

You can try this in the tutorial on CodeSandbox.

React.memo() works pretty well when we pass down primitive values, such as a number in our example. And, if you are familiar with referential equality, primitive values are always referentially equal and return true if values never change.

On the other hand, non-primitive values like object, which include arrays and functions, always return false between re-renders because they point to different spaces in memory.

When we pass down object, array, or function as a prop, the memoized component always re-renders. Here, we are passing down a function to the child component:

To prevent the function from always redefining, we will use a useCallback Hook that returns a memoized version of the callback between renders.

With the useCallback Hook, the incrementCount function only redefines when the count dependency array changes:

You can try it for yourself on CodeSandbox.

When the prop we pass down to a child component is an array or object, we can use a useMemo Hook to memoize the value between renders. As we’ve learned above, these values point to different spaces in memory and are entirely new values.

You can also use the useMemo Hook to avoid re-computing the same expensive value in a component. It allows us to memoize these values and only re-compute them if the dependencies change.

Similar to useCallback, the useMemo Hook also expects a function and an array of dependencies:

Let’s see how to apply the useMemo Hook to improve a React app’s performance. Take a look at the following code that we’ve intentionally delayed to be very slow.

As we can see in this CodeSandbox, we experience a lag in our application whenever we try to enter text in the input field and when the count button is clicked. This is because every time the App component renders, it invokes the expensiveFunction and slows down the app.

Now, if we test the app once again on CodeSandbox, we will no longer experience a lag while typing in the input field.

Code-splitting is another important optimization technique for a React application. By default, when a React application renders in a browser, a “bundle” file containing the entire application code loads and serves to users at once. This file generates by merging all the code files needed to make a web application work.

The idea of bundling is useful because it reduces the number of HTTP requests a page can handle. However, as an application grows, the file sizes increase, thus increasing the bundle file. At a certain point, this continuous file increase slows the initial page load, reducing the user’s satisfaction.

With code-splitting, React allows us to split a large bundle file into multiple chunks using dynamic import() followed by lazy loading these chunks on-demand using the React.lazy. This strategy greatly improves the page performance of a complex React application. To implement code-splitting, we transform a normal React import like this:

This syntax tells React to load each component dynamically. So, when a user follows a link to the home page, for instance, React only downloads the file for the requested page instead of loading a large bundle file for the entire application.

After the import, we must render the lazy components inside a Suspense component like so:

The Suspense allows us to display a loading text or indicator as a fallback while React waits to render the lazy component in the UI.

You can try this out yourself in the CodeSandbox tutorial.

Imagine we have an application where we render several rows of items on a page. Whether or not any of the items display in the browser viewport, they render in the DOM and may affect the performance of our application.

With the concept of windowing, we can render to the DOM only the visible portion to the user. Then, when scrolling, the remaining list items render while replacing the items that exit the viewport. This technique can greatly improve the rendering performance of a large list.

Both react-window and react-virtualized are two popular windowing libraries that can implement this concept.

To optimize an application that consists of several images, we can avoid rendering all of the images at once to improve the page load time. With lazy loading, we can wait until each of the images is about to appear in the viewport before we render them in the DOM.

Similar to the concept of windowing mentioned above, lazy loading images prevents the creation of unnecessary DOM nodes, boosting the performance of our React application.

react-lazyload and react-lazy-load-image-component are popular lazy loading libraries that can be used in React projects.

If you like this guide, ensure you share it around the web. Also, let me know which of the techniques interest you the most.

Ibadehin Mojeed Follow I'm an advocate of project-based learning. I also write technical content around web development.
« A deep dive into Lefthook for React and React Native
React Navigation vs. React Native Navigation: Which is right for you? »

3 Replies to “Optimizing performance in a React application”