Flutter vs. Ionic for cross-platform development 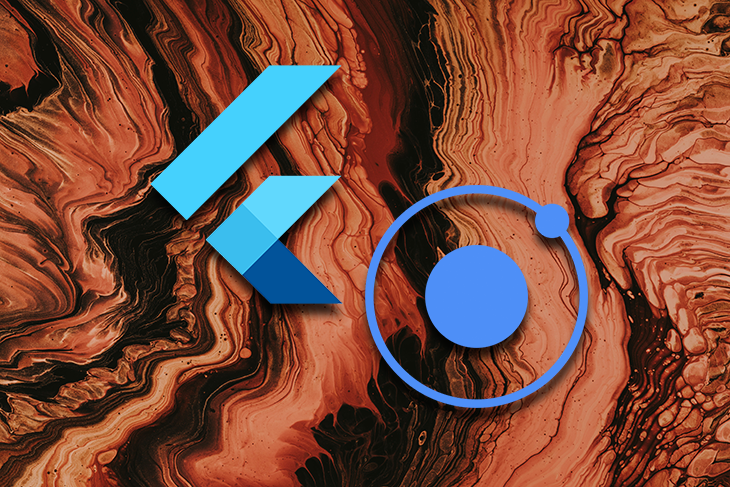 There are two different mobile framework types: hybrid and native.

In this article, I will provide a detailed and practical comparison between Flutter and Ionic for selecting the best framework to build your next mobile app.

Flutter doesn’t use web-based or platform-specific UI elements. It uses an inbuilt UI toolkit and renders graphics via the Skia cross-platform graphics library.

Let’s look at the impressive usage statistics of Flutter and Ionic.

Popularity and market share statistics typically give us a sense of developers’ awareness of the frameworks, the success of each framework’s marketing strategy, and developers’ satisfaction level with each specific framework. These statistics data won’t show us clear user-experience factors, performance factors, and features for technical decision-making in our projects. For example, the most popular framework might not solve your primary technical requirement.

For that, let’s move on to the next section, comparing each framework’s architecture and how it’s suited to different environments.

Learning framework internals is undoubtedly the best technical decision-making activity you can do before selecting a framework for your next mobile app. A framework’s internal architecture gives us a clean, transparent overview of each framework product’s feasibility and future.

Remember the following important points about Flutter from the above technical review:

Ionic’s widgets toolkit is written with the Stencil web components library. Stencil-based components can be easily ported to any frontend framework, and the Ionic team officially provides wrappers for React, Vue.js, and Angular. The JavaScript-to-Native bridge (also known as Capacitor.js) converts every native API call to a JSON message and sends it to the host application’s webview interface. The host app also can call the web app layer via the JavaScript bridge.

Ionic uses a React Native-like approach for talking to the operating system’s native SDKs with a JavaScript bridge.

Remember the following important points about Ionic from the above technical review:

The development workflow is a crucial comparison factor — because it directly affects developer productivity.

Now that we know about each framework’s primary building blocks, let’s develop a simple app from each environmental setup and run it on a real mobile device to study the learning curve, developer tools, and developer environment.

If you’ve developed a Flutter application before, you can skip to the end of the Flutter tutorial section.

First, install the Flutter CLI according to the official guide. If you are on Linux, you can use the following Snapcraft command (run with sudo) to install it quickly.

Next, you have to set up mobile SDK tools. If you plan to test the app on an Android device, you can use the following command to install Android Studio.

The Flutter CLI provides a helpful diagnostic command called doctor to find configuration issues. You can start creating a Flutter app if the flutter doctor command doesn’t show any critical errors, as shown below.

You can create a new Flutter app with the following command:

The above command will generate a minimal sample Flutter application very fast, since there are no external dependencies like Node.js modules.

You can run the application on an Android device with the following command:

The above command creates a debug build of the Android embedder app with Flutter hot-reloading support and runs on the connected physical device or virtual device.

You can browse the source code of the sample application from the lib/main.dart file. As you may have already noticed, Flutter comes with a widgets-tree-based layout system that other popular cross-platform mobile frameworks don’t use. The widgets-tree-based layout offers a friendly development environment for developers who have previously worked in native application development, but it’s a new and somewhat confusing concept for frontend and web developers.

Even though Dart is a new development technology for most developers, developers can still use the familiar, generic project architecture patterns to build large-scale apps. For example, we can structure our Flutter codebases with the repository pattern, MVC pattern, services, DAO pattern, and state management patterns, like BLoC, by also decomposing large UI into multiple widgets.

Let’s generate an APK of the example application. You can generate a fat APK for multiple CPU architectures with the following command:

The above command generates a 15.8MB-sized, single APK. However, we can generate an APK for a specific CPU architecture with the following command:

The above command generates a 5.2MB-sized, CPU-dependent APK for my arm64-v8a Android device, along with two other APKs for different CPU architectures. Flutter offers this CLI feature to reduce the application package, since it uses Android NDK-generated, CPU-dependent dynamic libraries.

Remember the following points from the above practical review of the Flutter application development workflow:

If you’ve developed an Ionic application before, you can skip to the end of the Ionic tutorial section.

First, make sure that you already have the latest Node.js LTS version installed. Next, install the Ionic CLI program with the following command.

The above command activates the ionic command globally; you can verify it by entering ionic on your terminal.

You can create a new Ionic app with the following command.

The above command displays a project creation wizard and asks you to choose a frontend library and app template. I selected React and the blank template for this example. Project creation takes some time compared to the Flutter CLI because we have to install the Node.js modules.

You can run the Ionic application on an Android device with the following command.

The above command triggers a React production build and won’t enable the hot-reloading (HMR) feature. However, the Ionic CLI provides the following command to activate hot-reloading with the frontend framework developer tools:

Note that you need to connect both your mobile device and your computer to the same network before executing this command. The Ionic documentation suggests previewing the application on the web browser with the ionic serve command before previewing with real devices or emulators.

Ionic renders web-based application UI via platform-specific webview components. Therefore, it lets you use the most popular frontend frameworks like React, Angular, and Vue to develop UI components.

The Ionic framework and Capacitor.js consist of loosely-coupled framework components. Therefore, you can easily use only Capacitor and turn your existing web app or PWA into a hybrid mobile application without Ionic components. As in Flutter, you can use any architectural pattern you want to organize your code for large-scale applications.

The Ionic team is planning to extend the CLI to generate release binaries, as Flutter does via this GitHub issue.

Remember the following points from the above practical review of the Ionic application development workflow.

Now that we have an idea of how each framework supports developers with tooling, let’s factor in UX. Developers create apps for end-users — so user experience factors also help mobile applications to become successful.

Flutter renders widgets so efficiently, even on low-end devices,  due to the AOT compilation and high-performance Skia library.

Ionic provides pre-built, native-like UI elements with the web components technology. Your hybrid Ionic app will render different CSS styles automatically on each platform to match the native UI style. For example, the Ionic button component will look like an Android button on Android devices, and look like an iOS button on Apple devices.

We have to think twice if we choose Ionic to write a mobile app that often calls native SDKs. However, these performance drawbacks of the Ionic framework only happen with low-end or embedded devices because modern mobile devices typically come with powerful hardware.

The bundle size usually depends on application resources regardless of the framework in most cases. However, Ionic offers the lightest framework binary, since it just uses a native splash screen and webview component in the host app. By comparison, Flutter’s framework binary is somewhat larger, due to the platform-dependent Flutter engine libraries.

Flutter officially supports Linux, macOS, Windows, and Fuchsia desktop platforms. Therefore, you can turn your Flutter app into a desktop app without third-party tools or frameworks. Try it out and see how easy it is to run the above sample Flutter application as a native desktop app.

We need to enable desktop support and enter flutter run to open the desktop app.

The above commands build and run the Flutter app as a native GTK-windowed application, as shown below.

You can run your Ionic app as a hybrid desktop with the following commands. These commands will work faster than the Flutter desktop app execution commands because Electron typically comes with pre-built binaries.

The above commands open the Ionic app as an Electron desktop app, as shown below.

You don’t need to put in any extra effort to convert Ionic apps to web apps, since Ionic apps are already web apps. For example, if you use React to build your Ionic app, you can trigger a production build and obtain a deployable web app. Ionic components will work on any web browser without any performance issue because they are HTML elements.

Flutter also supports web application generation via two different renderers: HTML renderer and CanvasKit. The HTML renderer renders the Flutter app on a browser with a mixture of HTML elements and canvas elements. It has a smaller download size than the CanvasKit.

The CanvasKit renderer tries to offer a native-like performance on the browser, but has a somewhat large download size. However, both web renderers use canvas elements instead of native HTML elements.

Flutter vs. Ionic: Which framework is better?

We’ve discussed framework internals, development workflows, desktop support, web support, user experience, and the performance of both frameworks. Now, we can summarize all comparison data into one table for studying the pros and cons.

But first, you need to understand that no mobile framework will produce technically great apps as native apps  —  we use frameworks mainly to reduce development time.

Flutter and Ionic both offer impressive features, but also come with several drawbacks, so we need to carefully pick a framework based on our project’s primary requirements.

Look at the summarized pros and cons of Flutter and Ionic.

Flutter vs. Ionic: Use cases

We can decide when to use Flutter and Ionic based on the above pros and cons. Carefully choose the most suitable framework based on your requirements , rather than just considering the current trends.

In this article, we compared Flutter and Ionic frameworks from various perspectives. Frameworks are changing rapidly, so a specific framework can introduce a feature at any time to make the particular development workflow even more productive.

The underlying architecture says a lot more about a framework’s feasibility and stability than the way in which a specific framework product is advertised to the developers. That’s why we discussed the internals of each framework before proceeding with the evaluation.

Both Flutter and Ionic are good mobile frameworks and loved by millions, but Flutter undoubtedly wins from the performance perspective, while Ionic is recognized as the most productive tool for web developers to build hybrid mobile apps.

Choose a framework by carefully studying your requirements  —  there is no easy way to switch from Ionic to Flutter or Flutter to Ionic, rather than rewriting the entire app.

3 Replies to “Flutter vs. Ionic for cross-platform development”