When and why to use the CSS !important declaration 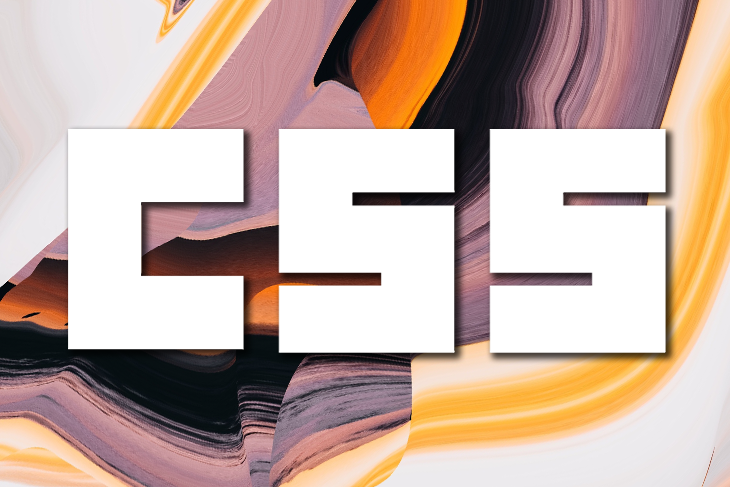 !important in CSS is a special notation that we can apply to a CSS declaration to override other conflicting rules for the matching selector.

When we work on web projects, it is natural that we have some style declarations that other styles overrule.

This is not an issue for an experienced developer who understands the core mechanism of CSS. However, it can be difficult for beginners to understand why the style declarations they expect are not applied by the browser.

So, instead of them focusing on resolving the issue naturally, they tend to go for the quick fix by adding the !important declaration to enforce the style they expect. While this approach might work for that moment, it can also initiate another complex problem.

In this guide, we will review the following, including how to use !important and when we should use it:

Understanding the core principles of CSS will naturally enable us to know when it’s obvious to use the !important declaration. In this section, we will walk through some of these mechanisms.

Consider the HTML and CSS code below, what color do you think the heading text will be?

The text will render green! This is basic CSS fundamental. With the CSS cascade algorithm, the ordering of CSS rules matters. In this case, the declaration that comes last in the source code wins.

Normally, this is logical. In the first place, we should not repeat the same selector as we did above. CSS does not want repetition, so it uses the last declaration rule.

However, there are cases whereby we create generic styles for the root elements, like the h2, and then add classes to style specific elements. Let’s consider the following example as well, starting with the HTML:

Then, let’s see the CSS:

In the above code, the first h2 element has no class applied, so it is obvious that it gets the green color of the h2 selector.

In other words, the weight applied to the declaration in a class selector is more than element selector’s weight.

Similarly, the declaration in an ID selector is more than that of the class selector. In this case, the red color in the code below takes precedence:

Furthermore, an inline style attribute takes precedence over the ID selector, starting with the HTML:

Then followed by the CSS:

This is the ideal priority flow in CSS and must be maintained to avoid anomalies. The !important declaration most of the time comes when we are oblivious of these basic rules.

The inline style attribute and each of the selectors have values that browsers assign to them. That way, it knows which one has higher or lower priority. Think of this value as a number of four single digits with the style attribute assigned the strongest weight value of 1000.

Sometimes we can combine selectors targeting specific elements, as seen in the example below:

So, the browser uses the declaration in the ID selector to override other conflicting rules. In a case of equal weight, the last rule declaration wins.

Now that we know which rules are most relevant and why the browser applies them, it will become naturally obvious whether or not to use this !important declaration.

Understanding the !important declaration before we use it

Before we consider using the !important notation, we must ensure that we follow the specificity rule and use the CSS cascade.

In the code below, we have the h2 and h3 elements styled to be a red color:

But, let’s say at some point, we want to give the h3 element a blue color. Adding a style rule like the one below would not change the color because the class has more weight and it’s more specific than the element selector, as we’ve learned:

However, using the !important on the lesser weight makes the browser enforce that declaration over other conflicting rules:

This is because the !important notation increases the weight of the declaration in the cascade order of precedence. What this means is that we’ve disrupted the normal priority flow. Hence, bad practice, and can lead to difficulties in code maintenance and debugging.

If at some other point, we want to override the above important rule, we can apply another !important notation on a declaration with higher specificity (or the same if it is lower down in the source). It can then lead to something like this:

This is bad and should be avoided. Instead, we should check if:

Well, let’s find out. Back to our style rules, we can enforce a blue color on the h3 element by increasing the specificity score.

As we can see, instead of using the !important declaration to enforce a rule, we focus on increasing the specificity score.

:is() and other related pseudo-class functions

Sometimes, we may trace issues to a pseudo-class function. So, knowing how it works can save us a lot of stress. Let’s see another example.

Imagine we are working on a project and see the following code:

Using the following CSS rules gives us the output after:

Now, let’s say we want to give the span and the link text in the paragraph another color of blue. We can do this by adding the following rule:

The earlier rule will override the blue color despite being further down the line:

As a quick fix, we can enforce our blue color by using the !important notation like so:

But, as you may guess, that is bad practice, so we must not be quick to use the !important notation. Instead, we can start by analyzing how every selector works. The :is() is used in the code is a pseudo-class function for writing mega selectors in a more compressed form.

So, here is the following rule in the above code:

Which is equivalent to the following:

So, why is .paragraph span and .paragraph a not overriding the color despite having a specificity score of 0011, which is higher than 0002 of the p span and p a.

Well, every selector in the :is() uses the highest specificity in the list of arguments. In that case, both the #header and the p in the :is(#header, p) uses the specificity score of the #header, which is 0100. Thus, the browser sticks to its value because it has a higher specificity.

Thus, anytime we see this type of conflict, we are better off not using the pseudo-class function and sticking to its equivalent like the following:

Now, we should be able to see the expected result without using the !important notation that disrupts cascade order.

You can see for yourself on CodeSandbox.

When exactly can we use !important declaration?

Below are a few occasions where using the !important notation is recommended.

Assuming we want to style all buttons on a page to look the same, we can write a CSS rule that can be reused across a page. Let’s take a look at the following markup and style below:

In the above code, we can see that the button link within the section element is targeted by both selectors in the CSS. And, we learned that for conflicting rules, the browser will use the most specific rule. As we expect, .content a has a score of 0011 while .btn has a score of 0010.

In this case, we can enforce the .btn rule by adding the !important notation to the conflicting declarations like this:

The page now looks as we expect:

See for yourself on CodeSandbox.

The style rules we cannot override

This mostly happens when we don’t have total control over the working code. Sometimes, when we work with a content management system like WordPress, we may find that an inline CSS style in our WordPress theme is overruling our custom style.

In this case, the !important declaration is handy to override the theme inline style.

The !important declaration is never meant to be used as we desire. We must only use it if absolutely necessary, such as a situation where we have less control over the code or very extreme cases in our own code.

Whether or not we use it depends on how we understand the core CSS mechanism, and in this tutorial, we covered that as well.