How CSS works: Understanding the cascade 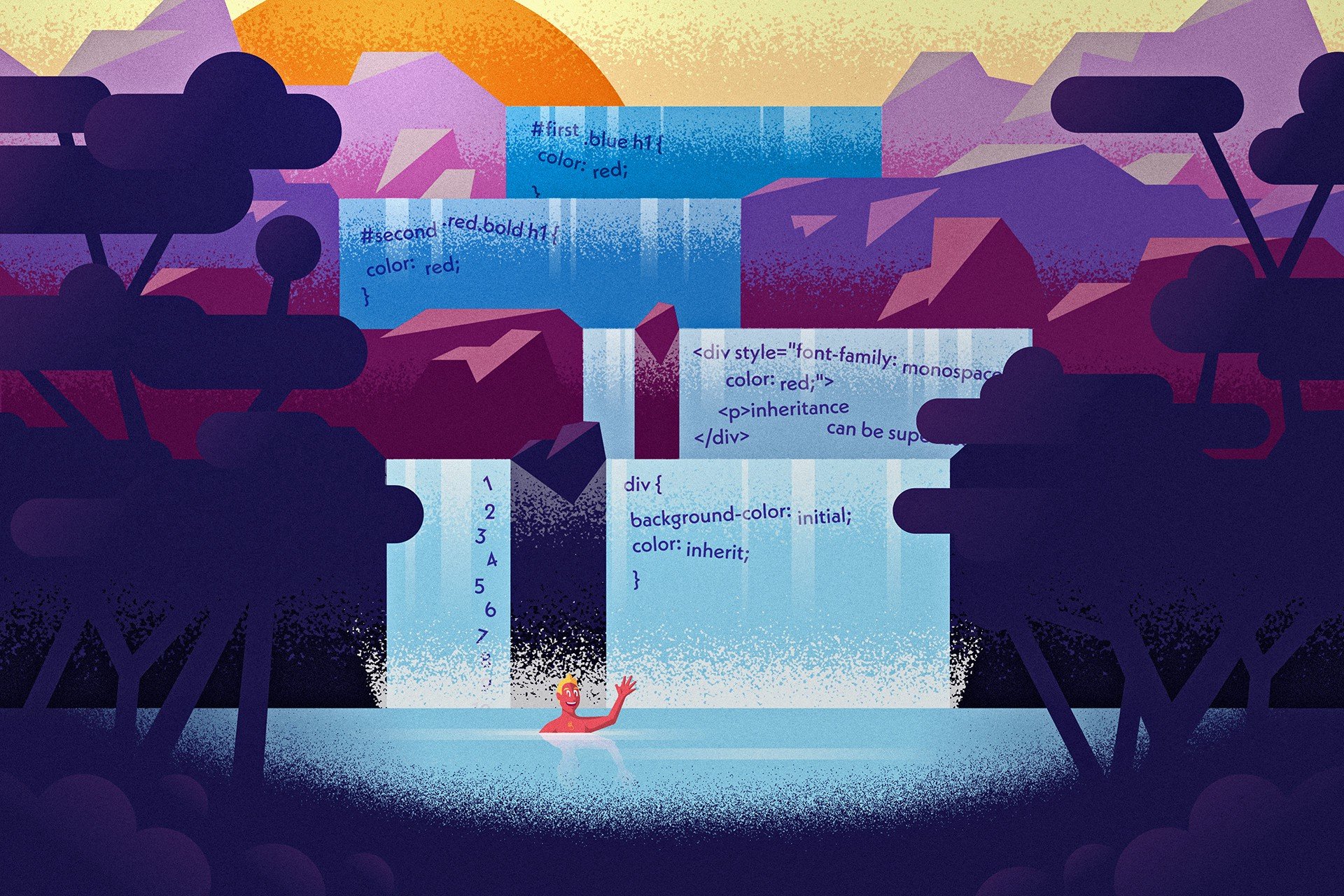 A few weeks back I got to start a short series on CSS fundamentals. If you’re in the front-end web development space, CSS is one of those key things to know. Whether you’re into CSS-in-JS or you’d rather just have plain ol’ CSS, knowing how CSS works under the hood is crucial for writing efficient, scalable CSS.

The first post in this series was a deep dive into how the browser actually renders CSS to pixels. In this second post, we’ll dive into an often-misunderstood feature of the CSS language — the cascade.

The cascade is inherent to working with CSS — after all, it is what gives “Cascading Style Sheets” their cascading nature. The cascade can be a powerful tool, but using it wrong can lead to brittle stylesheets that give front-end developers nightmares any time they have to make a change. As we dive into the cascade, we’ll also look at a few ways to keep the cascade from getting out of hand.

Since we’ll be talking about the specifics of how the CSS Cascade works, it’ll be helpful for us all to be on the same page.

Here’s the definition from the CSS Cascade Level 4 Spec.

The cascade takes a unordered list of declared values for a given property on a given element, sorts them by their declaration’s precedence, and outputs a single cascaded value.

The CSS Cascade is the algorithm by which the browser decides which CSS styles to apply to an element — a lot of people like to think of this as the style that “wins”.

To understand the CSS cascade better, it’s helpful to think of a CSS declaration as having “attributes”. These attributes could be various parts of the declaration — like the selector or the CSS properties — or they can be related of where the CSS declaration exists (like it’s origin or the position in the source code).

The CSS cascade takes a few of these attributes and assigns each of them a weight. If a CSS rule wins at a higher-priority level, that’s the rule that gets wins.

However, if there are two rules still in conflict at a given weight, the algorithm will continue to “cascade down” and check the lower-priority attributes until it finds one that wins.

Here are the attributes that the CSS Cascade algorithm checks, listed in order from highest weight to least weight.

Don’t worry, we’ll get into each of these in-depth.

The highest weighted attribute that the cascade checks is a combination of the importance and the origin of a given rule.

As far as the origin of a CSS rule goes, there are three places that a rule can come from.

The importance of a CSS declaration is determined by the appropriately-named !important syntax. Adding !important to a CSS rule automatically jumps it to the front of the cascade algorithm, which is why it’s often discouraged. Overriding styles that use !important can only be done with other rules that use !important, which over time can make your CSS more brittle. Many people (myself included) recommend that you only use !important as an escape hatch for when all else fails (such as when working with 3rd-party styles).

When the browser comes up against 2 (or more) conflicting CSS declarations and one wins at the origin & importance level, the CSS cascade resolves to that rule. No questions asked. Game over.

However, if the conflicting declarations have the same level of importance/origin, the cascade moves on to consider selector specificity.

The second weight in the CSS cascade is selector specificity. In this tier, the browser looks at the selectors used in the CSS declaration.

As a front-end developer, you only have control over the “author” origin stylesheets on your websites — you can’t do much to change the origin of a rule. However, if you’re staying away from using !important in your code, you’ll find that you have a lot of control over the cascade at the specificity tier.

Similar to the way that the combinations of origin & importance each have their own weight, different types of CSS selectors are assigned priority. When evaluating specificity, the number of selectors and their priority are considered. CSS selectors can belong to one of the following weighted tiers.

If you have 2 CSS declarations with the same number of high-priority selectors, the resolution algorithm will consider the number of selectors at the next level of specificity. For example, if both of these CSS rules were targeting the same element, the color would be red. This is because they both have 1 id selector, but the second rule has 2 class selectors.

Many people like to manage specificity by simply not relying on it. Keeping your selector specificity low makes sure that your CSS rules stay flexible.

In my experience, if you default to only using class selectors for your custom styles and element selectors for your default styles, it’s way easier to override styles when you actually need to. If your CSS declarations have very high selector specificity you find yourself resorting to !important more and that can get ugly pretty quickly.

The last main tier of the CSS cascade algorithm is resolution by source order. When two selectors have the same specificity, the declaration that comes last in the source code wins.

Since CSS considers source order in the cascade, the order in which you load your stylesheets actually matters. If you’ve got 2 stylesheets linked in the head of your HTML document, the second stylesheet will override rules in the first stylesheet. This is also the reason that if you’re using a CSS reset or a CSS framework, you’ll want to load that before your custom styles.

While initial & inherited values aren’t truly part of the CSS cascade, they do determine what happens if there are no CSS declarations targeting the element. In this way, they determine default values for an element.

In the following example, the <p> tag will render with a monospace font & red text, since its parent node contains those styles.

In addition, you can explicitly opt to use inherited or initial values in a CSS declaration by using the inherit or initial keywords in your CSS rule.

How does understanding the cascade help me write better CSS?

Since the CSS cascade is one of the more misunderstood parts of CSS (and often the source of a lot of bugs), knowing how it works will give you a huge edge on keeping your stylesheets maintainable.

Knowing how to leverage CSS selector specificity to your advantage is a huge skill — I’ve seen far too much CSS that goes straight to the !important escape hatch when a higher-specificity selector would have done the trick. If you’re primarily using class selectors, you can easily do this by nesting selectors or adding another class when you need an override.

However, with better knowledge of the CSS cascade comes higher responsibility. The more specific parts of the cascade (such as !important, inline styles, id selector ) tend to result in stylesheets that are harder to update or override in the future. They do come in handy if you working with component libraries that use inline styles or CSS libraries that you don’t control.

Benjamin Johnson Follow Software engineer. Learning every day, one mistake at a time. You can find me online at benjaminjohnson.me.
« Extending a client with the language server protocol
Rendering large lists with React Virtualized »

A guide to using Convex for state management

2 Replies to “How CSS works: Understanding the cascade”