Iva Kop Follow I am a self-taught software developer passionate about frontend development and architecture. 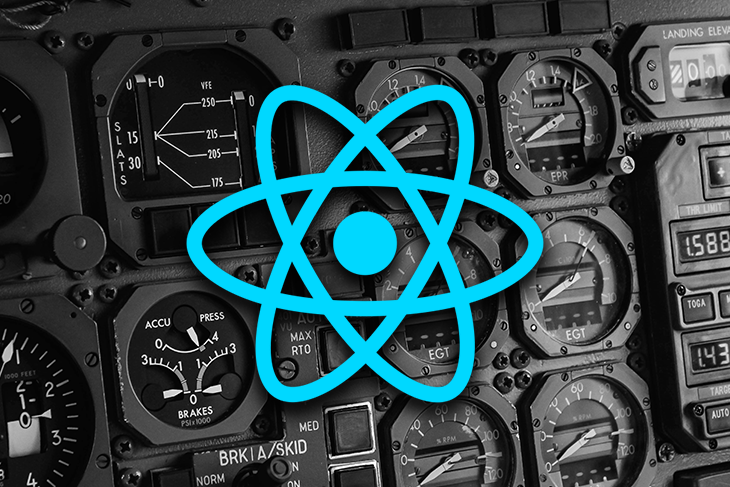 It can be incredibly challenging to build complex React projects from the ground up. They require both upfront knowledge and a deep understanding of an entire ecosystem.

In this already complex environment, a robust setup for your React app is crucial for its success because it can instantly improve the developer experience and free your team to focus on what truly matters — building an amazing product.

Curious how to go about building a robust React app? Let’s dive in.

The first step toward creating a robust setup for our React app is simple. All we need is four main ingredients:

Let’s set them up!

To begin with, let’s create a React app with the following command:

Because we used the TypeScript template, we already have TypeScript in place. Let’s also add the following script to package.json to make type checking a bit easier:

In addition, Create React App gave us a very basic setup for React Testing Library, a test script in package.json, and a passing test to work with.

This is a nice start, but there is more to do.

Note: If you are unable to use Create React App for the initial project setup or prefer a different toolchain, you might need to setup TypeScript and React Testing Library manually.

To set up our linter, we first need to install it:

Then initialize it with the following command:

Following the prompts, our final output should resemble the screenshot below:

In the end, we should have a .eslintrc.json file at the root of our projects similar to this:

We can additionally configure the linter settings according to our needs. Let’s also add a lint script to package.json:

Finally, we need to install Prettier:

And create a basic config file, .prettierrc.json, at the root of the project. The settings in this file depend entirely on your project’s needs and requirements.

Let’s also add a script to package.json that will check if our code is formatted correctly:

Adding a pre-commit hook with Husky and lint-staged

We now have some excellent tooling in place but no easy way to take advantage of it automatically. One great way to improve our setup further is to add a pre-commit hook to our project that will trigger certain checks to be performed by our tooling.

In our hook, we will check for linter errors and warnings, type errors, failing tests, and it will also automatically format our code. This probably sounds like a lot for a pre-commit hook — that’s because it is! To make the process more efficient, these checks will not be performed for the entire project, only for the staged files we are about to commit.

First, we need to install Husky and lint-staged:

To ensure we can only check the types of staged files, we should also install tsc-files:

Let’s also add our lint-staged config, defining the necessary checks to lint-staged.js at the root of our projects:

Next, add a script for it in package.json:

Note: Depending on the project we are working on, even with lint-staged in place, performing all four checks on every commit might become too heavy and create a hurdle for developers to commit early and often. If this turns out to be the case, it’s good practice to reduce the load in the pre-commit hook in favor of performing the same checks in CI (see below).

To set up the pre-commit hook, create a script in package.json:

And run it with:

Then create your hook with the following command:

The following file will be automatically generated in the .husky folder at the root of the project:

From now on, the checks defined in the lint-staged config will run on every commit. We’ve successfully automated our tooling and freed ourselves from having to worry about it when we make new commits.

But wait, we are currently performing checks only on staged files. What about taking the entire project into account? With these partial checks, how can we even be certain that our app builds successfully and that it is truly ready to be deployed?

As seen above, there are limitations to the local checks we can perform via pre-commit hooks. To take full advantage of our tooling, we need to set up comprehensive checks that will run for the entire project and notify us and our team when there is a problem. How?

Let’s set up a continuous integration workflow with GitHub Actions.

First, we need to create a GitHub repo and push our project into it:

Then, to set up our CI workflow, we go to GitHub Actions, click New workflow, then choose Set up a workflow yourself. Finally, we need to add the following to our main.yml file.

Click Start commit, fill in the form, and commit the new workflow to see it in action. Let’s break down the configuration.

First, we define when the workflow should be triggered. In our case, this will happen on push and pull_request for the master branch.

Then we define our runner, ubuntu-latest. Finally, we describe the steps that need to be completed for the workflow run to be successful.

As you can see, we are performing the same checks as in our pre-commit hook — lint, test, format, and type-checks — but this time, we are not limited to only the staged files.

In addition, we test if our project dependencies install correctly at the beginning of the workflow and if the build is successful.

This workflow can be very different and will likely be much more complicated in a real-world React project. It will probably include at the very least multiple environments, different integrations, e2e tests, and a deploy step — the CD part of CI/CD. You can also achieve similar results with a number of other CI/CD tooling. The above is simply a basic illustration to highlight the power of CI checks and their ability to make our lives easier through automation.

Two basic elements together form a robust project setup: suitable tooling and sensible automation. The example above focused on a React app to showcase one possible approach toward creating a robust setup.

Many of the same principles, tools, and concepts apply to a much wider array of software projects.

Additionally, keep in mind that the setup above is highly simplified. It is meant to serve as an illustration rather than a definitive guide and cannot replace thinking critically about the ideal setup for your project and your team.

Curious to play with the code yourself? Find a working example in this repo.