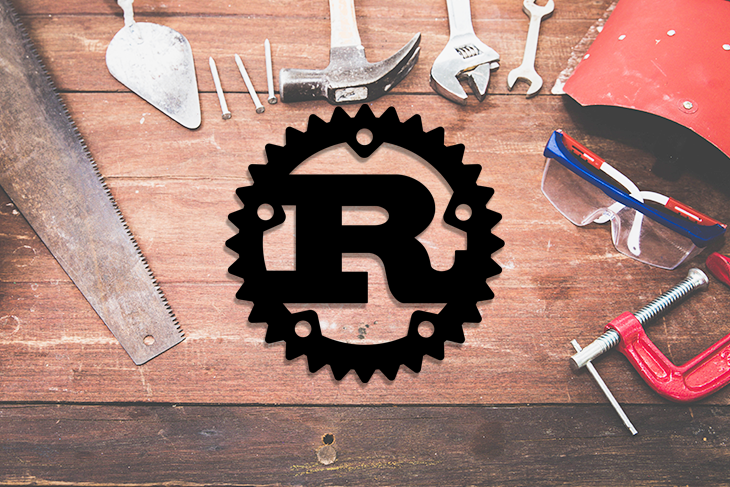 Rust is a programming language that is primarily focused on performance and safety. It is syntactically similar to C++ and extremely popular. In fact, Stack Overflow’s annual developer survey has named Rust the most-loved language among developers for five consecutive years.

What I love most about Rust is its static typing, which allows for the concept of null. Unlike other statically typed programming languages, Rust encodes the null concept using an optional type, which means the compiler requires you to handle the noncase error preventing the TypeError: Cannot read property 'foo' of null runtime error. Instead of the above runtime error, you get a compile-time error that can be resolved easily.

With Rust, you can also store your data on the stack or on the heap. This helps you determine what data is no longer needed during compile time.

There is a wide variety of open-source web utilities available to enhance Rust’s functionality. For example, although Rust’s standard library does not contain any regex parser/matcher, the regex utility provides a regex parser. With regex, you can search, split, or replace text.

Take a look at the expression below, which enables you to quickly search for a US number.

This is just one example of how web utilities can help you take your Rust app to the next level. In this guide, we’ll introduce you to 19 of the most popular and useful web utilities for Rust:

This utility enhances HTTP cookie parsing and cookie jar management. The cookie library is licensed under MIT and Apache 2.0. According to crates.io, it has 62 versions, the stable most recent of which is 0.14.2. At the time of writing, cookie has been downloaded roughly 5.8 million times.

The following features of cookie are disabled by default.

The clap crate is the best tool for parsing and validating command-line arguments and subcommands while writing console applications with Rust. This library is licensed with MIT and has 211 versions released, the most stable of which is 2.33.3 (version 3.0.0 is still in its beta phase). At the time of writing, it has more than 15 million downloads.

Alternatively, you could build your CLI using a YAML file to keep your Rust source tidy.

The following built-in features are enabled by default.

To disable the features above, add the following code to your cargo.toml file.

You can also enable only the features you would like to use by pasting the code below into your cargo.toml file.

The following are opt-in features; they are not built-in.

The library’s GitHub page includes a helpful comparison of heim to other crates.

The tempfile crate includes the tempfile() and tempdir() functions, which enable you to create temporary files and directories. Let’s say, for example, that you want to create a file but don’t care about its name since it will be a temporary file that you can delete later. The tempfile library would make this process this easier because it would delete the file once you’re done.

This library is licensed under MIT and Apache 2.0 and has 35 versions released, its most recent stable version being 3.1.0.

urlencoded is a middleware for the Iron web framework that helps you decode URL data from GET and POST requests. It parses a URL query string into a HashMaps that maps string representations of keys onto a vec of string values. Values are stored in a vec to ensure that no information is lost if a key appears multiple times. The query string d=b&d=c results in a mapping from d to [b, c]. It parses POST request bodies for web form data (MIME type: application/x-www-form-urlencoded).

This library is licensed under MIT, has nine versions released (most stable version: 0.6.0), and requires the following dependencies.

Part of Iron’s core middleware, bodyparser is, as its name suggests, a parsing middleware for Iron. It contains the following features:

This library is licensed under MIT and has 15 versions. Its current, most stable version is 0.8.0, which requires the following dependencies:

queryst is a Rust string parsing library that enables you to parse query strings to their corresponding JSON values.

Enable the queryst library by adding the following to your cargo.toml file.

The URL-encoded string also works and can be parsed as:

This library is licensed under MIT and has 21 versions published. Its most recent version, 2.0.2, requires the following dependencies.

Simple Common Gateway Interface (SCGI) is a protocol for applications to interface with HTTP servers. scgi is an SCGI connector for Rust.

The library is licensed under MIT and Apache 2.0 and has 16 versions published. The most current version is 0.3.4, which requires bufstream ^0.1.1 as a dependency.

This higher-level binding for the Sass library is a wrapper around libsass.

sass-rs is licensed under MIT and has 22 released. The stable, most recent library is 0.2.2, which requires the following dependencies.

This library is licensed under MIT and has 17 versions published. The current version of ratelimit_meter is 5.0.0, which requires the following dependencies.

regex is a Rust library that helps you parse, compile, and execute regular expressions. With regex, you can match a date in YYYY-MM-DD format to print the year, mont,h and day and even iterate over text using an iterator.

To use regex, add the following to your cargo.toml file.

You’ll need to add this to your crate tool if you’re using Rust 2015:

This library is licensed under MIT and Apache 2.0. It has 120 versions, the most recent of which is 1.3.9. This version requires the following dependencies.

chrono is a Rust library for date and time. With chrono, you can use the time::Duration type from the time crate to represent the magnitude of a time span. You can also use the DateTime type to represent a date and a time in a time zone. The DateTime type has to be constructed from the TimeZone object. This will define how the local date is converted to and back from the UTC date.

This library is licensed under MIT or Apache-2.0 and has 66 published versions. The newest most stable version is 0.4.18.

The time library is an open-source date and time library that is fully interoperable with the standard library and mostly compatible with #![no_std]. This library has 70 releases, with it’s newest, most stable version being 0.2.22.

The backtrace library is built to support the RUST_BACKTRACE=1 standard library by allowing the acquisition of a backtrace programmatically.

To use backtrace, add the following to your cargo.toml file.actu

This library has 64 version released. The newest stable version is 0.3.50 which requires the following dependencies.

docopt is a command-line argument parser. Unlike other parsers, this one can be derived from the usage string.

To use docopt, add the following to your cargo.toml file.

docopt has 86 releases, the latest of which is 1.1.0. This version requires the following dependencies:

structopt combines the clap library with a custom drive to parse command-line arguments by defining a struct.

To use this library, add structopt to your cargo.toml file:

And then, in your rust file:

structopt has released 52 versions, the most recent being 0.3.18.

url is an implementation of the URL standard for the Rust programming language. The URL Standard defines URLs, domains, IP addresses, the application/x-www-form-urlencoded format, and their API.

This library has 73 versions published. Its most stable version is 2.1.1.

robotparser is a robots.txt parser for Rust. robost.txt files tell search engine crawlers which pages or files they can or can’t crawl. This is to avoid overloading your site with requests.

This library is licensed under MIT and has 18 versions published. The latest stable version is 0.10.2, which requires the following dependencies.

multipart is licensed under MIT and Apache 2.0 and has 18 versions published. The latest stable version  is 0.17.0, which requires the following dependencies.

That’s a lot of web utilities for Rust! Hopefully, this guide gives you the context you need to select the right mix of solutions to bring your Rust app to the next level.

If you want to parse a command-line argument in Rust, clap, docopt, and structopt are all solid choices. When it comes to implementing date- and time-related features, you can’t go wrong with chrono and time. For creating temporary files, tempfile is the way to go.

The Rust ecosystem provides excellent tools for parsing cookes (cookie), strings (queryst), and regular expressions (regex). To allow Rust to read the body of an incoming request in your application, you may want to try bodyparser to parse the body portion of the request.

As always, the best solutions for you will depend on the unique goals, requirements, and challenges associated with your Rust project.

Ukpai Ugochi Follow I'm a full-stack JavaScript developer on the MEVN stack. I love to share knowledge about my transition from marine engineering to software development to encourage people who love software development and don't know where to begin. I also contribute to OSS in my free time.
« Real use cases for named tuples in TypeScript
Component testing in Nuxt.js »