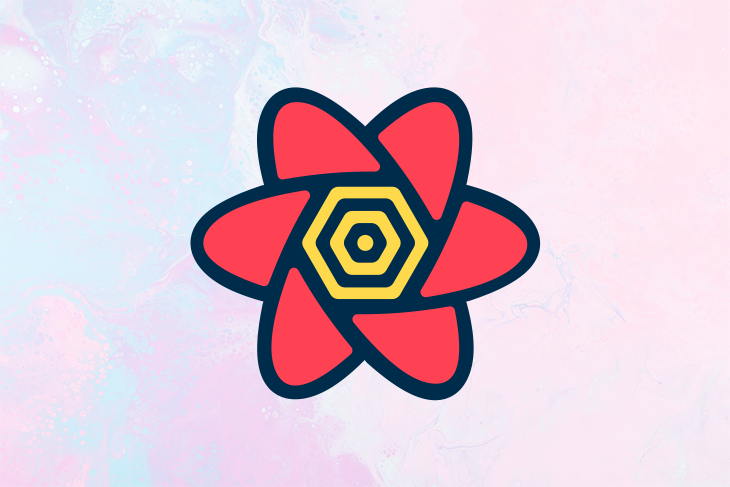 Consequently, several third-party libraries and frameworks have been developed to meet these needs.

React Query is a third party library that describes itself as:

The missing data-fetching library for React; since out of the box React does not provide a way to fetch and updated data from components

React Query, however, does a lot more than fetching and updating data. It is an out of the box state management library for asynchronous data akin to Apollo Client but unlike Apollo Client, it supports both REST and GraphQL.

In a nutshell, React Query is a set of custom hooks that makes fetching, caching, and updating asynchronous or server state in React easy.

One of the challenges we face when building React applications is determining an effective pattern to (fetch and update) work with server state. React does not give us anything out of the box.

Consequently, developers create their own ways by fetching data (server state) inside a useEffect hook, then copying the result into a component-based state (client state). This pattern works but it is not optimal.

Let’s demonstrate the downsides of this pattern by considering the code below:

In our small contrived example above, we are fetching the user data from the https://jsonplaceholder.typicode.com/users/1 endpoint. Then we render a view base on the status (success, loading, or error) of the API call. This method has several problems such as:

To avoid this trouble, some developers turn to global state management libraries like Mobx and Redux. While this may work, they add an extra layer of complexity to our application, and in some cases that can be overkill.

Also, while some traditional state management libraries are great at managing client state, they are not so efficient in handling server state.

Server state management has unique requirements for this because of the following:

These are not features that we can easily code on our own. Fortunately, these are the problems React Query was created to solve.

Out of the box React Query gives us a set of hooks for fetching, caching, and updating async data (server state).

In the next section, we will elaborate on this by refactoring our boilerplate code above to use React Query.

To refactor our boilerplate code above to use React Query follow the steps below:

From the example above, we can see that by using the useQuery hook from React Query we have removed complex useEffect and useState logic from our code. This is cleaner, maintainable, and DRY.

Also, React Query stores the server state in the cache we have configured above and our components are served from there, thus enhancing performance.

React Query keeps the server state updated by periodically making API calls to the endpoint in the background. This is to ensure that our component always gets the latest server state.

There are a lot more advantages that the React Query library brings. Our small example above gives a high-level introduction to React Query and we have barely scratched the surface of its features.

In the next section, we will focus on the new awesome features added to React Query version 3.

With these features React Query brings some of the good parts of GraphQL to REST. The useQuery and the useInfiniteQuery hooks now have a select option. This enables us to select or transform the desired parts of the query result.

We can now select only the desired part of the query result in our example above like this:

The useQueries hook is used to fetch a variable number of queries and returns an array with all the query results.

The useQueries hook takes a parameter which is an array containing different query option objects like this:

React Query mutations never had retry but in React Query 3 you can pass a second argument to the useMutation hook to configure retry like this:

So if a mutation fails because the device is offline, the mutation is retried the set number of times (three times in the above case) when the device is reconnected.

However, by default, React Query will not retry a mutation if it fails.

The QueryObserver function works with the new operator. It is used to create or watch a query like this:

The QueryObserver can also be used to observe and switch between queries. It takes two parameters which are the queryClient and an option object. The options for the QueryObserver are identical to those of the useQuery hook.

This is similar to the QueryObserver function. It also works with the new operator but its use case is different.

The InfiniteQueryObserver hook enables us to observe and switch between infinite queries. It takes two parameters which are the queryClient and an option object as shown below:

The QueriesObserver can be used to create or observe multiple queries like this:

It also works with the new operator and it takes two parameters which are the queryClient and an options object.

The QueryClient.setQueryDefaults() method enables us to set default options for specific queries like this:

This method allows us to set default options for specific mutations like this:

The useIsFetching hook is an optional hook that returns the number of queries your application is fetching in the background.

It now has a filter that can be used to return only the numbers of queries that are fetching, that match the filter. Consider the example below:

React Query is an awesome library that addresses the pains of managing asynchronous data when working with React. It makes working with server state a breeze.

React Query 3, as we have seen in this post, adds some awesome features to this great library. Also, the React Query core is now separated from React and it can be used standalone or with other frameworks.