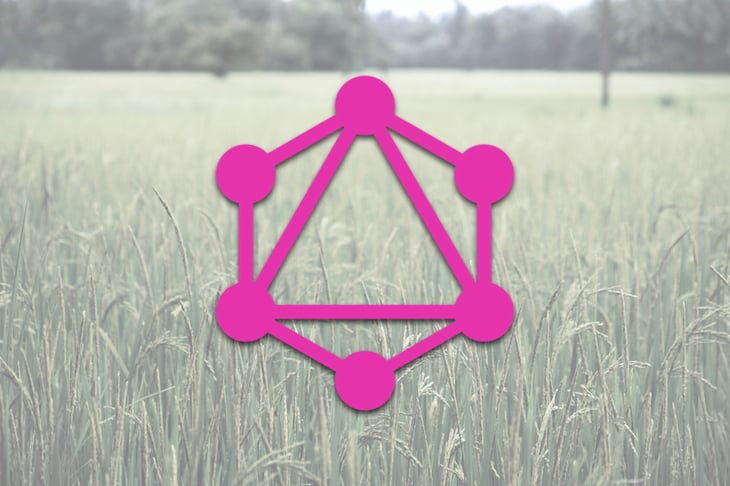 As our application evolves and our users’ needs change, the GraphQL API feeding data to it will need to evolve as well, introducing changes to its schema. Whenever the change is non-breaking, as when adding a new type or field, we can apply it directly without fearing side effects. But when the change is a breaking one, we need to make sure we are not introducing bugs or unexpected behavior in the application.

Breaking changes are those that remove a type, field, or directive, or modify the signature of an already existing field (or directive), such as:

In order to deal with breaking changes, there are two main strategies: versioning and evolution, as implemented by REST and GraphQL, respectively.

While there’s nothing that prevents a GraphQL service from being versioned just like any other REST API, GraphQL takes a strong opinion on avoiding versioning by providing the tools for the continuous evolution of a GraphQL schema.

Evolution behaves differently in that it is not expected to take place once ever few months, as versioning is. Rather, it’s a continuous process, taking place even daily if needed, which makes it more suitable for rapid iteration. This approach has been laid down by Principled GraphQL, a set of best practices to guide the development of a GraphQL service, in its fifth principle:

5. Use an Agile Approach to Schema Development: The schema should be built incrementally based on actual requirements and evolve smoothly over time

Through evolution, fields with breaking changes must go through the following process:

Let’s see an example. Let’s say we have a type Account, modeling an account to be a person with a name and a surname through this schema (find an explanation of how schemas are defined here):

In this schema, both the name and surname fields are mandatory (that’s the ! symbol added after the type String) since we expect all people to have both a name and a surname.

Eventually, we also allow organizations to open accounts. Organizations, though, do not have a surname, so we must change the signature of the surname field to make it non-mandatory:

This is a breaking change because the application is not expecting field surname to return null, so it may not check for this condition, as when executing this JavaScript code:

The potential bugs resulting from breaking changes can be avoided by evolving the schema:

Finally, by collecting logs of the queries from our clients, we can analyze whether they have made the switch to the new field. Whenever we notice that the field surname is no longer used by anyone, we can then remove it from the schema:

The example described above is very simple, but it already demonstrates a couple of potential problems from evolving the schema:

Is there any way we can solve these issues?

There are two different approaches for coding a GraphQL schema: code-first and schema-first, as I explained in a previous article. In the examples above, I used the schema-first approach to define the schema, based on the Schema Definition Language (SDL).

When defining the schema through the SDL, it seems to me there is no way to overcome the issues I just mentioned because the contract of the schema is explicit. And since the new contract is different (a different field name, an additional ! symbol to make its type mandatory, etc.), there is no alternative than to write it again, in its new form, keeping the old form, too.

Using the code-first approach, though, the schema can become dynamic, changing its shape and attributes depending on the context. In my previous article “Speeding up changes to the GraphQL schema,” I described how this strategy works, with the goal of allowing different teams in the company to provide their own implementation for a generic field discountedPrice on a type Product.

The strategy is to enable more than one resolver to satisfy a field. The implementing resolver is chosen on runtime based on contextual information (such as the type of the product, the current date, or others) by asking each resolver in a chain whether it can process the query, until either we find a resolver that does or we reach the end of the chain.

We can apply this same strategy to version fields! We can create our field with an argument called version, through which we specify which version of the field to use.

In this scenario, we will still have to keep the implementation for the deprecated field, so we are not improving in that concern. However, its contract becomes hidden: the new field can now keep its original name (there is no need to rename it from surname to personSurname), preventing our schema from becoming too verbose.

Please note that this concept of versioning is different than that in REST:

Moreover, by relying on semantic versioning, we can use the version constraints to choose the version, following the same rules used by npm for declaring package dependencies. Then, we rename field argument version to versionConstraint and update the query:

I’ve implemented this solution on my own GraphQL server, GraphQL by PoP. Check out the response to this query on GraphiQL:

Defining the default version for a field

What should happen when we do not specify the versionConstraint argument? For instance, to which version should field surname in the query below resolve to?

We have two concerns here:

Let’s tackle these concerns next. But before that, we need to find out how well GraphQL provides contextual feedback when running a query.

I need to point out a less-than-ideal circumstance with GraphQL right now: it doesn’t offer good contextual information when running queries. This is evident concerning deprecations, where deprecation data is shown only through introspection by querying fields isDeprecated and deprecationReason on the Field and Enum types:

The response will be:

However, when running a query involving a deprecated field…

…the deprecation information will not appear in the response:

This means that the developer executing the query must actively execute introspection queries to find out whether the schema was upgraded and any field deprecated. That may happen… once in a long while? Quite possibly never?

It would be a great improvement towards revising outdated queries if the GraphQL API provided deprecation information when executing queries that involve deprecated fields. This information may ideally be given under a new top-level entry deprecations, appearing after errors and before data (following the spec’s suggestion for the response format).

Since a deprecations top-level entry is not part of the spec, GraphQL server implementors can still add support for better feedback by using the wildcard top-level entry extensions, which allows extending the protocol as needed. In GraphQL by PoP, the response to this query on GraphiQL looks like this:

We have just learnt that the GraphQL server can use the extensions top-level entry to provide deprecations. We can use this same methodology for adding a warnings entry, in which we inform the developer that a field has been versioned. We do not provide this information always; only when the query involves a field which has been versioned, and the versionConstraint argument is absent.

We can now create strategies for the default version for a field.

There are several approaches we can employ, including:

Let’s explore each of these strategies and see their responses when running this query:

This is the most obvious one: forbid the client from not specifying the version constraint by making the field argument mandatory. Then, whenever not provided, the query will return an error.

2. Use the old version by default until a certain date, on which the new version becomes the default

Keep using the old version until a certain date, when the new version will become the default. While in this transition period, ask the query developers to explicitly add a version constraint to the old version before that date through the new extensions.warnings entry in the query.

3. Use the latest version and encourage the users to explicitly state which version to use

Use the latest version of the field whenever the versionConstraint is not set, and encourage the query developers to explicitly define which version must be used, showing the list of all available versions for that field through a new extensions.warnings entry:

Since directives also receive arguments, we can implement exactly the same methodology to version directives, too!

For instance, when running this query:

It produces a different response for each version of the directive:

And when running the query without providing the version constraint:

It assumes a default version to use and produces a warning message for the developer to revise the query:

You may be able to find articles on the internet comparing GraphQL and REST on all their characteristics and musing about which is better. When it comes to comparing versioning and evolution specifically, the response (as usual) is: “Neither is particularly better; they both have advantages and disadvantages, and they are more or less suitable depending on the context.”

What is better, though, is to be able to combine both approaches and obtain the best of both worlds: an API that is itself version-less and is upgraded through evolution, but having fields (and directives) that can be versioned. Please notice that there is no contradiction here — having versioned fields (and directives) doesn’t make the API versioned since each field is still independently queried.

In this article, we learned how this strategy works and how it can be implemented. To be honest, I do not know how many GraphQL servers out there currently support fully implementing this strategy, since it involves sending custom data under the top-level extensions entry in the response when executing a query.

However, even without this enhanced feedback information, we can version the fields (and directives) in our schema so as to avoid naming fields like personSurname.

This article is part of an ongoing series on conceptualizing, designing and implementing a GraphQL server. The previous articles from the series are:

Leonardo Losoviz Follow Freelance developer and writer, with an ongoing quest to integrate innovative paradigms into existing PHP frameworks, and unify all of them into a single mental model.
« How using bundle-wizard can help you build faster web apps
Deploying state machines with frontend frameworks »

2 Replies to “Versioning fields in GraphQL”