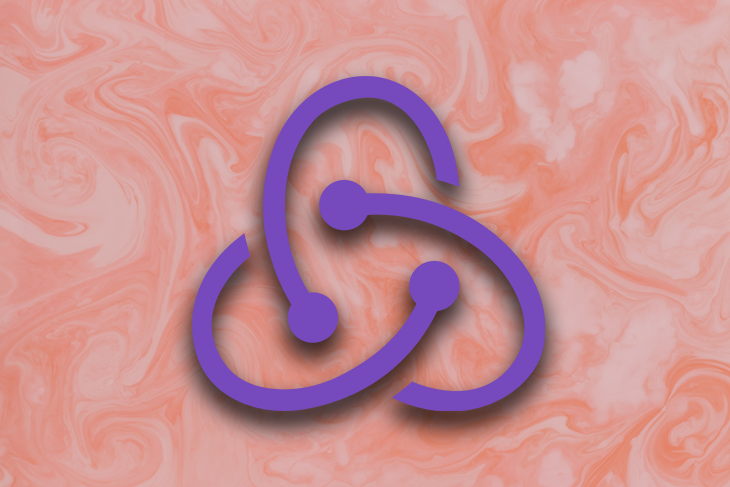 Editor’s note: This post was updated 18 March 2022 to convert the images of code to CodePens and written snippets for easier interaction, address the popularity and preference for Redux Toolkit to handle asynchronous actions, and revalidate that the concepts elaborated on in this post are still up-to-date.

As any Redux developer could tell you, the hardest part of building an app is figuring out how to handle asynchronous calls  —  how do you manage network requests, timeouts, and other callbacks without complicating the Redux actions and reducers?

To manage this complexity, I’ll cover and describe a few different approaches for handling asynchronous tasks in your app, ranging from:

We are going to use React and Redux, so this post assumes you have at least a passing familiarity with how they work.

What are Redux action creators?

Tracking these actions and their respective types in order to determine which effect or response should be carried out can sometimes be cumbersome when using plain JavaScript. Redux solves this using specialized functions that are referred to as action creators. Through action creators, you can perform specific operations based on the type of action dispatched to the reducer.

Calling an API is a common requirement in many apps. Let’s look at an example — imagine we need to show a random picture of a dog when we click a button:

We can use the Dog CEO API and something as simple as a fetch() call inside of an action creator:

See the Pen
redux-saga-1 by Olu (@olu-damilare)
on CodePen.

There is nothing wrong with this approach. All things being equal, we should go for the simplest approach.

However, using bare Redux won’t give us much flexibility. At its core, Redux is only a state container that supports synchronous data flows: every time an action is sent to the store, a reducer is called and the state is updated immediately.

But in an asynchronous flow, you have to wait for the response first; then, if there’s no error, you can update the state. And what if your application has a complex logic/workflow?

Redux uses middleware to solve this problem. A middleware is a piece of code that is executed after an action is dispatched, but before it reaches the reducer. Its core function is to intercept the action sent to the reducer, perform any asynchronous operation that may be present in the action, and present an object to the reducer.

Many middleware can be arranged into a chain of execution to process the action in different ways, but the middleware has to interpret anything you pass to it. It must also make sure to dispatch a plain object (an action) at the end of the chain.

For asynchronous operations, Redux offers the thunk middleware, which is part of the popular Redux Toolkit.

Redux Thunk is the standard way of performing asynchronous operations in Redux. For our purposes, a thunk represents a function that is only called when needed. Take the example from Redux Thunk’s documentation:

The value 3 is assigned immediately to x. However, when we have something like the following statement:

The sum operation is not executed immediately, only when you call foo(). This makes foo a thunk.

This is what our demo app looks like using the Redux Thunk approach:

See the Pen
redux-saga-2 by Olu (@olu-damilare)
on CodePen.

At first, this might not seem too different from the previous approach.

By using middleware, we have added a layer of indirection that gives us more flexibility. Since Redux Thunk gives the dispatch and getState methods as parameters to the dispatched function from the store, you can also dispatch other actions and read the state to implement more complex business logic and workflows.

Another benefit is that if there’s something too complex for thunks to express without changing the component, we can use another middleware library to have more control: Redux Saga.

Using Redux Saga to work with side effects

Redux Saga is a library that aims to make side effects easier to work with through sagas, which are design patterns that come from the distributed transactions world. If you want a deep dive on sagas, I’d suggest watching Caitie McCaffrey’s lecture, Applying the Saga Pattern.

A saga manages processes that need to be executed in a transactional way, maintaining the state of the execution and compensating for failed processes. In the context of Redux, a saga is implemented as a middleware because we can’t use a reducer, which must be a pure function, to coordinate and trigger asynchronous actions (side effects).

Redux Saga does this with the help of ES2015 generators:

What are generator functions?

Generators are functions that can be paused during execution and resumed, instead of executing all of a function’s statements in one pass.

When you invoke a generator function, it will return an iterator object. With each call of the iterator’s next() method, the generator’s body will be executed until the next yield statement, where it will then pause:

This can make asynchronous code easy to write and understand. For example, instead of doing this:

With generators, we can do this:

And with Redux Saga, we generally have a saga whose job is to watch for dispatched actions:

To coordinate the logic we want to implement inside the saga, we can use a helper function like takeEvery to spawn a new saga to perform an operation:

The watcher saga is another layer of indirection that increases your flexibility to implement complex logic, but may be unnecessary for simple apps.

If there are multiple requests, takeEvery will start multiple instances of the worker saga; in other words, it handles concurrency for you.

Recalling our example, we could implement the fetchDogAsync() function with something like this (assuming we had access to the dispatch method):

But Redux Saga allows us to yield an object that declares our intention to perform an operation, rather than yielding the result of the executed operation itself. In other words, the above example is implemented in Redux Saga in this way:

Instead of invoking the asynchronous request directly, the method call will return only a plain object describing the operation. Redux Saga then takes care of the invocation and return the result to the generator.

The same thing happens with the put method. Instead of dispatching an action inside the generator, put returns an object with instructions for the middleware to dispatch the action.
Those returned objects are called effects. Here’s an example of the effect returned by the call method:

Another added benefit is the ability to easily compose many effects into a complex workflow. In addition to takeEvery, call, and put, Redux Saga offers a lot of effect creators for throttling, getting the current state, running tasks in parallel, and cancel tasks, just to mention a few.

Back to our example, this is the complete implementation in Redux Saga:

See the Pen
redux-saga-3 by Olu (@olu-damilare)
on CodePen.

This is what happens behind the scenes after you click the button:

How to test with Redux Saga

By working with effects, Redux Saga makes sagas declarative, rather than imperative, which adds the benefit of a function that returns a simple object, which is easier to test than a function that directly makes an asynchronous call.

To run the test, you don’t need to use the real API, fake it, or mock it — you can just iterate over the generator function, asserting for equality on the values yielded:

If you believe some layers of indirection and a little bit of additional work is worth it, Redux Saga can give you more control to handle side-effects in a functional way.

This post has shown you how to implement an asynchronous operation in Redux with action creators, thunks, and sagas, going from the simplest approach to the most complex.

Redux doesn’t prescribe a solution for handling side effects. When deciding which approach to take, you have to consider the complexity of your application. My recommendation is starting with the simplest solution.

There are other alternatives to Redux Saga that are worth trying. Two of the most popular options are Redux Observable (based on RxJS) and Redux Logic (also based on RxJS observables, but with the freedom to write your logic in other styles).

Esteban Herrera Follow Family man. Java and JavaScript developer. Swift and VR/AR hobbyist. Like books, movies, and still trying many things. Find me at eherrera.net
« Comparing the best CSS grid generators
How to use the keyof operator in TypeScript »

5 Replies to “Understanding Redux Saga: From action creators to sagas”