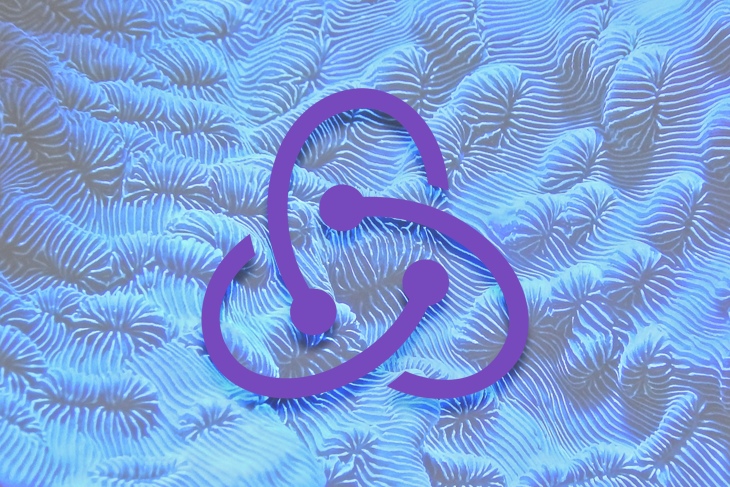 While a Redux store possesses great state management features, it has no clue how to deal with asynchronous logic. Redux eschews handling asynchronous logic simply because it doesn’t know what you want to do with the data you fetched, let alone if it’s ever fetched — hello, errors. 🙂

Middleware has since been used in Redux applications to perform asynchronous tasks, with Redux Thunk’s middleware being the most popular package. A middleware is designed to enable developers to write logic that has side effects — which refers to any external interaction outside an existing client application, like fetching data from an API.

With Redux Toolkit, Redux Thunk is included by default, allowing createAsyncThunk to perform delayed, asynchronous logic before sending the processed result to the reducers.

In this article, you’ll learn how to use the createAsyncThunk API to perform asynchronous tasks in Redux apps.

You’ll need to have some knowledge about Redux to understand Redux Toolkit. However, you can reference this post to learn how to create Redux apps with Redux Toolkit.

The file above is a Redux slice in a React app. A slice is a function that contains your store and reducer functions used to modify store data. The createSlice API is set to be the norm for writing Redux logic.

Asynchronous requests created with createAsyncThunk accept three parameters: an action type string, a callback function (referred to as a payloadCreator), and an options object.

Taking the previous code block as a Redux store for a blog application, let’s examine getPosts:

posts/getPosts is the action type string in this case. Whenever this function is dispatched from a component within our application, createAsyncThunk generates promise lifecycle action types using this string as a prefix:

On its initial call, createAsyncThunk dispatches the posts/getPosts/pending lifecycle action type. The payloadCreator then executes to return either a result or an error.

In the event of an error, posts/getPosts/rejected is dispatched and createAsyncThunk should either return a rejected promise containing an Error instance, a plain descriptive message, or a resolved promise with a RejectWithValue argument as returned by the thunkAPI.rejectWithValue function (more on thunkAPI and error handling momentarily).

If our data fetch is successful, the posts/getPosts/fulfilled action type gets dispatched.

The options parameter is an object containing different configurations for the createAsyncThunk API. View the list of available options.

The three lifecycle action types mentioned earlier can then be evaluated in extraReducers, where we make our desired changes to the store. In this case, let’s populate entities with some data and appropriately set the loading state in each action type:

Also, notice the function expression. For personal preference, I’ve used the map-object notation to handle the requests, mainly because this approach looks tidier.

The recommended way to handle requests is the builder callback notation because this approach has better TypeScript support (and thus IDE autocomplete even for JavaScript users).

N.B.: As your application grows, you will continue to make more asynchronous requests to your backend API and in turn handle their lifecycle action types. Consolidating all this logic into one file makes the file harder to read. I wrote an article on my approach to separating logic in your Redux Toolkit applications.

By using useSelector and useDispatch from react-redux, we can read state from a Redux store and dispatch any action from a component, respectively.

Let’s set up a component to dispatch getPosts when it mounts:

The Redux DevTools extension gives real-time information on the dispatch of any lifecycle action type.

It’s important to note that payloadCreator accepts only two parameters, one of them being a custom argument that may be used in your request and the other being thunkAPI. thunkAPI is an object containing all of the parameters that are normally passed to a Redux Thunk function — like dispatch and getState. Take a look at all the acceptable parameters.

If your request requires more than one parameter, you can pass in an object when you dispatch the reducer function:

Remember that when your payloadCreator returns a rejected promise, the rejected action is dispatched (with action.payload as undefined). Most times, we want to display custom error messages rather than the message returned in the Error object.

By using thunkAPI, you can return a resolved promise to the reducer, which has action.payload set to a custom value of your choice. thunkAPI uses its rejectWithValue property to perform this.

Let’s say we want to add a new post to the blog. Our createAsyncThunk function would look something like this:

We’ve come to a close here, devs. So far we’ve been able to go over the basic features of createAsyncThunk and see how it works with the reducers in the slice function. The API also has some more advanced topics like canceling requests, which you can read further on.

RTK Query is a purpose-built, data-fetching and caching solution for Redux apps, which can eliminate the need to write any thunks or reducers to manage data fetching. So if you’ve dabbled with a library like React Query, it would be wise to use RTK Query for asynchronous logic in Redux because the syntax is quite similar.