Supun Kavinda Follow I started as a self-taught PHP developer before creating my own company, Hyvor. I am particularly interested in physics and machine learning. 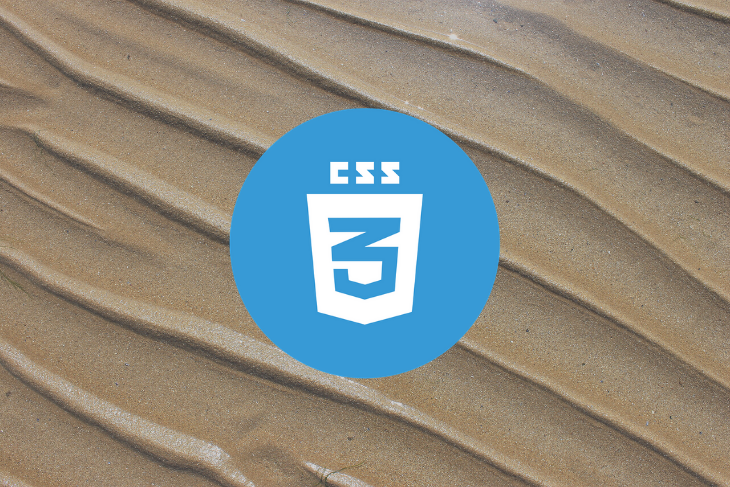 In web design, it’s important to represent data in an organized way so that the user can easily understand the structure of the website or content. The simplest way to do this is to use ordered lists.

If you need more control over the appearance of the numbers, you might assume that you’d need to add more elements to the DOM via HTML or JavaScript and style them. Fortunately, CSS counters save you much of that trouble.

In this tutorial, we’ll demonstrate how to get started with CSS counters and go over some use cases.

The problem with ordered lists

When you write an ordered list like the one below, the browser automatically renders the numbers for you.

This is great, but it doesn’t allow you to style the numbers. For example, let’s say you need to place the number inside a circle. How would you do that?

One way is to get rid of the list altogether and manually add numbers yourself.

This does what we need it to do, but there are some drawbacks. For one thing, it’s hard to write the numbers by hand. And what if you need to change a number? You’d have to change them all one by one. You could add the <span> element dynamically using JavaScript to address these problems, but this would add more nodes to the DOM, which leads to heavy memory usage.

In most cases, it’s better to use CSS counters. Let’s examine why.

CSS counters are webpage-scope variables whose values can be changed using CSS rules.

First, set a counter using the counter-reset property. list-number is the variable name to use here.

Next, use the counter-increment property to increase the value of the counter.

Now each time a div.list div element appears, the list-number variable increases by one.

Finally, use the :before pseudo-element with the content property and counter() function to display the number.

We’re not quite there yet. Let’s style the :before pseudo-element to make it look better.

By default, counter-reset sets the counter to 0. It starts from 1 after the first counter-increment call. Set the initial value by passing an integer as the second parameter to the counter-reset function.

If you want to start from 0, set the initial value to -1. 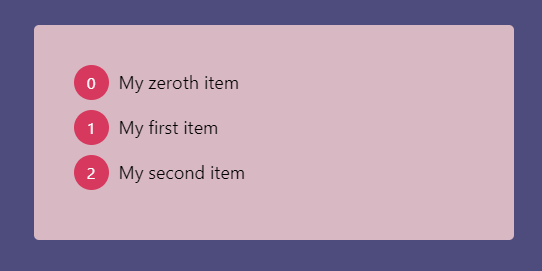 In this example, counter-reset sets list-number to 0. Each time the counter-increment is called, the value of list-number increases by 2, so, you’ll see numbers as 2, 4, and 6.

The counter() function can have two parameters: counter-name and counter-format. For the second parameter, you can use any valid list-style-type value, including:

The default value is decimal.

For example, if you love science like me, you can use lower-greek for alpha-beta value numbering. 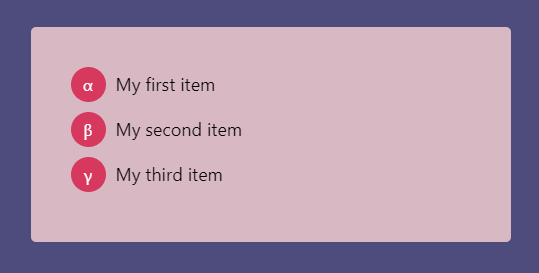 When using nested ordered lists, numbering is always shown in this format:

If you need numbers for child list items (e.g.,1.1), you can use CSS counters with the counters() function.

Note that we’re using the counters() function, not counter().

The second parameter of the counters() function is the connection string. It can also have a third parameter to set the format (e.g., Greek or Roman).

Elements such as <h1>, <h2> are not nested in a document. They appear as distinct elements but still represent a sort of hierarchy. Here’s how to prepend nested numbers to headings:

The h2 counter resets every time an h1 is found. Each <h2> in the document gets a number like x.y. relative to the <h1>.

Thankfully, CSS counters are widely supported by browsers since they were introduced with CSS2. While using the counter() function in properties other than content is still experimental, you can do all the exercises we covered in this tutorial without any hesitation.

Below are browser support details from Can I use.

Are you ready for a simple challenge involving CSS counters?

Display 1 through 1000, along with their Roman characters, in 10 lines of code using CSS counters.

If you’re stumped, here’s how you do it:

To create 1,000 div elements, use the following.

What did you come up with?

CSS counters are a lesser-known feature in CSS, but you’d be surprised how often they come in handy. In this tutorial, we covered how and when to use CSS counters and went over some examples.

Below is a list of the properties we used.

Of course, CSS counters are cool. But one thing I’m concerned about is that all counters are global. If you use many of them on a large project that has many CSS files, you may not be able to find where they are created, reset, and incremented. Don’t overuse them if you can help it, and if you must, be sure to use descriptive names for counters to avoid conflicts.

Supun Kavinda Follow I started as a self-taught PHP developer before creating my own company, Hyvor. I am particularly interested in physics and machine learning.
« Building a Trello clone with React Hooks and GraphQL
Getting up to speed with Rust »