React 18, React Redux 8, and TypeScript: What you need to know 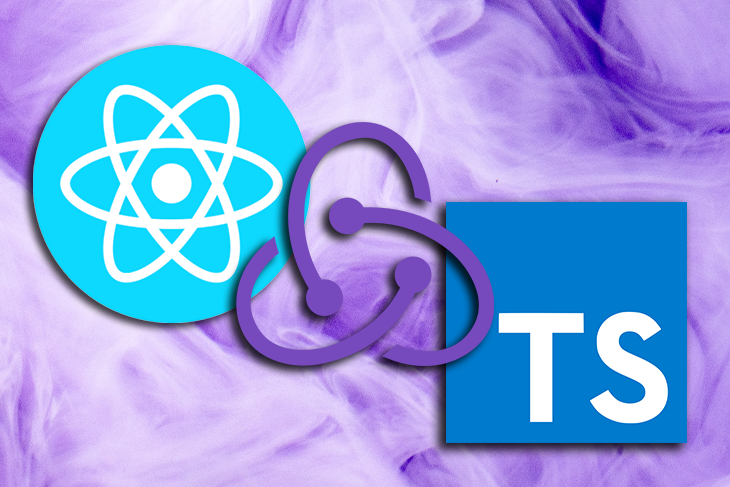 With React 18 currently in the works, React Redux 8, the React state management library, is simultaneously being built to incorporate all the new features that React 18 will provide, including server-side rendering (SSR), transitions, and automatic batch rendering.

Another significant change made in React Redux 8 is the conversion of its entire codebase to TypeScript, making it easier for users to write type-safe code and produce bug-free applications.

In this article, we’ll explore how this change affects developers, and since React Redux 8 is currently in beta, we’ll test its compatibility with React 18’s beta version.

The goal here is to see what upgrading the React Redux version in an application does to it — we want to look out for breaking changes and unexpected behavior in the application after the upgrade.

Let’s clone and upgrade this simple to-do application by Jack Herrington to hand-inspect it and highlight the React Redux 8-specific changes that must be made.

Feel free to use one of the example apps from the official React Redux tutorials as an alternative or any of the example CodeSandboxes linked in the React Redux docs. Or, if you have an existing React Redux application that you want to update, you can use that instead.

The to-do application is built with React 17 and Redux 8, so we’ll update to the latest versions of these two packages. To add React Redux 8 to an existing React application, run the following command with npm:

To upgrade the application’s React version to React 18, run the following command:

React 18 ships with a new root API, createRoot, and runs updates more efficiently. The old one, ReactDOM.render, is now deprecated.

To use it, navigate to the index.tsx file in the src folder of the application and take the following block of code:

Then replace it with the following:

Next, navigate to your tsconfig.json file and add the following line:

However, if you stick to the old API, you will receive the deprecation message recommending the new API. To upgrade React Redux to version 8, run the following command:

Next, navigate to http//localhost:3000 in your browser. Upon inspection, we see that the to-do list application functions properly. Filling the text box and clicking the Add Todo button updates the UI, and clicking the Remove button beside an item deletes it. 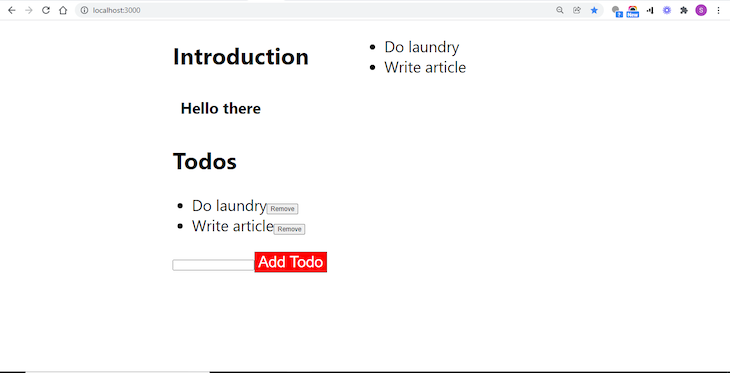 Here, there are no breaking changes or unexpected behavior because all the changes made are under the hood with the public APIs remaining the same (connect and useSelector).

No new features were added, no TypeScript types were changed, and no change in syntax is required. This version has the exact same functionalities as the previous version; as we’ve seen, the only step required to upgrade your application to React Redux 8 is to bump the package version.

Having confirmed that there are no syntax changes or elaborate steps required with the new React Redux version, let’s zoom in on the changes that the Redux team made internally, as well as the progress with React 18, which is currently in beta.

Previous versions of React Redux (version 7 and below) were written in plain JavaScript. To use TypeScript with those versions, the types must be imported from a different, community-maintained package, @types/react-redux.

One of the new APIs that comes with React 18 is useSyncExternalStore. This gives developers access to new features like opt-in support for concurrent rendering and automatic render batching.

React Redux’s connect and useSelector have also been reworked to call this new API internally.

Modern JavaScript code produces very small files and runs very fast. However, since legacy browsers like Internet Explorer 11 only supported ES5 and not the later versions, previous versions of React Redux compiled to ES5 to run on Internet Explorer 11.

Now that Internet Explorer 11 is no longer really functional, React Redux compiles to ES2017, takes advantage of some built-in support in modern browsers, and creates bundles that are much smaller in size. If you still need support for legacy browsers, you’ll need to compile your own dependencies.

With the advent of Hooks, React Redux’s connectAdvanced API became pretty much irrelevant and only added unnecessary complexity to the package. It has since been removed in version 8.

Another legacy code that’s hardly ever used anymore is connect’s pure option. As React has grown over the years, the pure flag, much like the connectAdvanced API, has become mostly irrelevant. It has also been removed in version 8.

New features to expect in React Redux 8 and React 18

Batching is when multiple state updates trigger at once and their response rendering occurs at the same time. With previous versions of React, this only happened when the trigger is a normal function.

If the multiple state updates are triggered by a promise or a callback, their responses are not rendered at the same time. In React 18, all renders are batched, meaning they’ll occur at the same time, regardless of their trigger. Here’s an example with a regular function:

Here’s an example with a promise:

With Suspense, React 18 makes major performance improvements to SSR by making serving parts of an app asynchronously possible. Server-side rendering allows you to generate HTML texts from the React components served, after which the JavaScript code loads and merges with the HTML (known as hydration).

Now, with Suspense, you can break your app into small, stand-alone units that can be rendered on their own without the rest of the app, allowing content to be available to your user even much faster than before.

Say you have two components: a text component and an image component. If you stack them on each other like this:

Then, the server tries to render them at once, slowing the entire page down. If text is more important to your readers, you can give it priority over images by wrapping the Image component in Suspense tags:

This time around, the server serves your text component first, and a spinner displays while your image waits to load.

React apps are interactive, but if you want your app to update itself continuously as users interact with it, this constant updating can greatly slow your app down and provide a poor user experience.

This is where the startTransition API comes in. With it, you can define which update is urgent and which one is not (secondary). This way, you can prioritize urgent updates over secondary updates, and secondary updates can move to the background or be skipped altogether if they are no longer needed.

Your existing React Redux applications are expected to function properly if you upgrade them. However, if you experience any breaking changes or unexpected behavior, the Redux team is currently taking feedback here to sand out any issues before the final version is released.