Wireframe vs. mockup vs. prototype: How are they different? 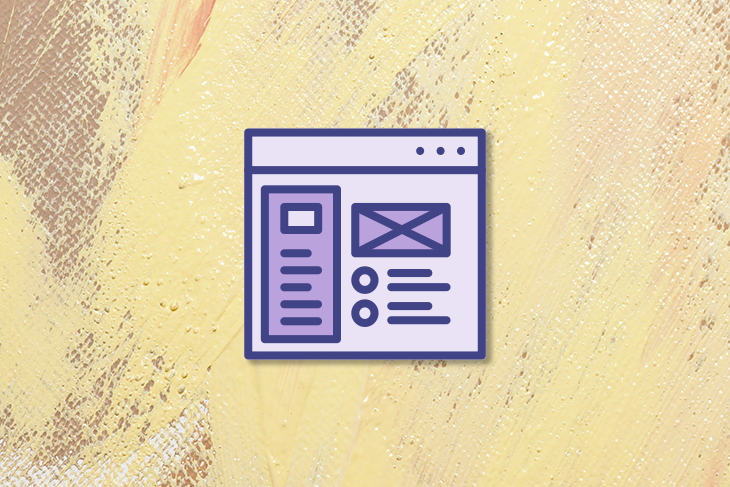 Building products is a risky and resource-consuming endeavor. Luckily, there are tools designed to help us de-risk the whole process.

Say we are building a mobile app. It would be foolish to start writing the code from day one. After all, we don’t yet know what exactly we’re building, let alone what it should look like. Iterating on an actual app is the most expensive form of iteration.

That’s why designers employ various techniques, such as wireframing, creating mockups, and prototyping, to test ideas quickly before building an actual product. But what’s the difference between a wireframe, a mockup, and a prototype?

Let’s take a closer look at each and see how they compare.

What is a wireframe?

A wireframe is a quick sketch that demonstrates an idea. It’s done using a graphical tool, windows paint, or even a pen and piece of tissue.

There are three main reasons to write a wireframe:

Say we’re discussing what the flow of our app should look like. If we just talk about it, we’ll have difficulty reaching any decision. But if everyone sketches out what they imagine the user flow to look like, we’ll have something specific to evaluate and compare.

What is a mockup?

A mockup is a wireframe taken to the next level. It’s usually done in a graphic program by either a UX designer/product manager (low-fidelity) or a UI designer (medium/high-fidelity).

The purpose of a mockup depends heavily on its fidelity, so let’s break it down.

A low-fidelity mockup is a digitalized, more thought-through version of the wireframe. A UX designer or product manager usually does these.

The goal of low-fidelity wireframes is to show what the app’s structure is supposed to look like. It helps you evaluate the overall user experience.

Low-fidelity mockups are used to assess:

While we still assess things such as the overall structure, information architecture, etc., we also focus on the overall look and feel of the app: How does the visual representation feel? What type of message does it send? Is it accessible and intuitive?

We don’t yet focus on details. The copy isn’t perfect; pictures are placeholders and buttons still need some rounding. A high-level assessment is what we’re looking for.

Medium-fidelity mockups are used to assess:

A high-fidelity mockup is our end-product candidate. Every dot and pixel is already in its place. Now we can get picky and focus on details and finishing touches.

Once we’re done, the high-fidelity mockup can be handed over to the development team for implementation.

High-fidelity wireframes are used to assess:

Low- vs. medium- vs. high-fidelity mockups

How do you decide which level of fidelity to focus on? The answer is simple: you don’t.

Different levels of fidelity not only serve different purposes, but are also additive. We use a low-fidelity mockup as a basis for a medium-fidelity one, which then is turned into a high-fidelity end-product. 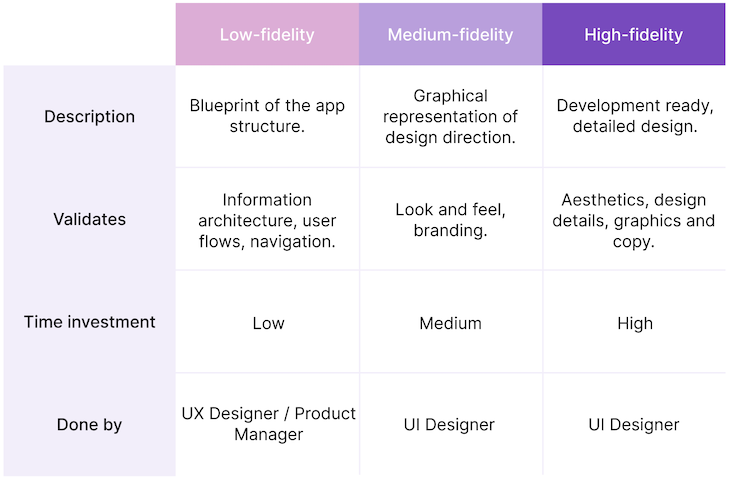 It might be tempting to jump into high-fidelity mockups immediately, but it’s rarely worth it.

We need both low-fidelity and high-fidelity mockups to truly get the most out of the design phase.

The prototype is born when we add interactions to a mockup. Just like in the case of mockups, the fidelity of prototypes varies greatly.

We can literally use pieces of paper to build a low-fidelity prototype and test the initial reaction. On the other hand, the fully-fledged and detailed prototype is often indistinguishable from the actual application.

An example of a paper prototype.

Contrary to static mockups, prototypes allow us to experience interaction as a whole. We can tap on things, see how the designs change, and generally “feel” the product. We wouldn’t get the same experience (nor feedback) if we just showed the mockup to our potential customers and asked them to judge it.

If we’re building a truly innovative user flow, we should start prototyping it as early as possible. However, if we design a battle-tested user journey, such as a typical e-commerce flow, we can save money and focus on high-fidelity prototyping.

How to wireframes, mockups, and prototypes fit together?

Wireframes, mockups, and prototypes play a crucial role in product development, and they all serve a different purpose.

Wireframes help us visualize our thinking and improve collaboration. Mockups then allow us to assess and collect feedback on information architecture, look and feel, and intrinsic details. We can support the process with prototypes to gather even more detailed feedback. 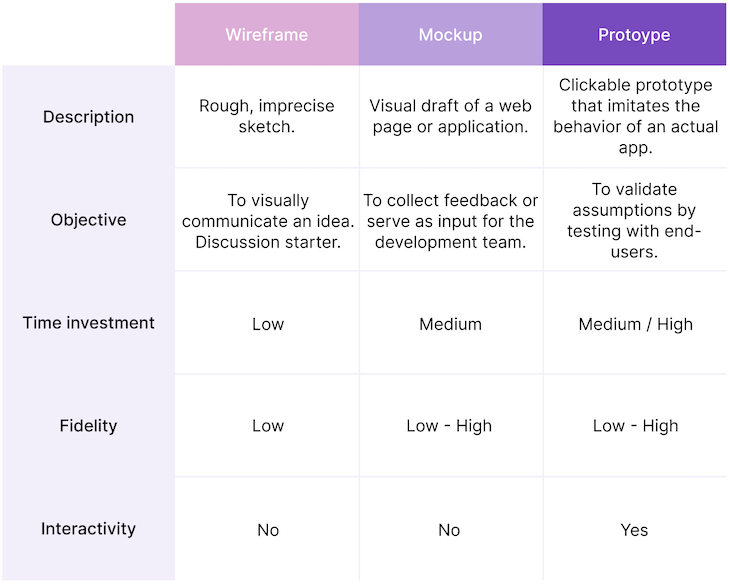 In a perfect world, where time and money are no object, you should take all of the following steps:

In practice, however, it’s okay to skip some steps. It all depends on your confidence, resources, and the risk you’re willing to take.

Bart Krawczyk Follow Learning how to build beautiful products without burning myself out (again). Writing about what I discovered along the way.
« Build an intuitive ecommerce product gallery with Flutter
Understanding and using the new CSS style queries »