Why cannibalization in product doesn’t have to be bad 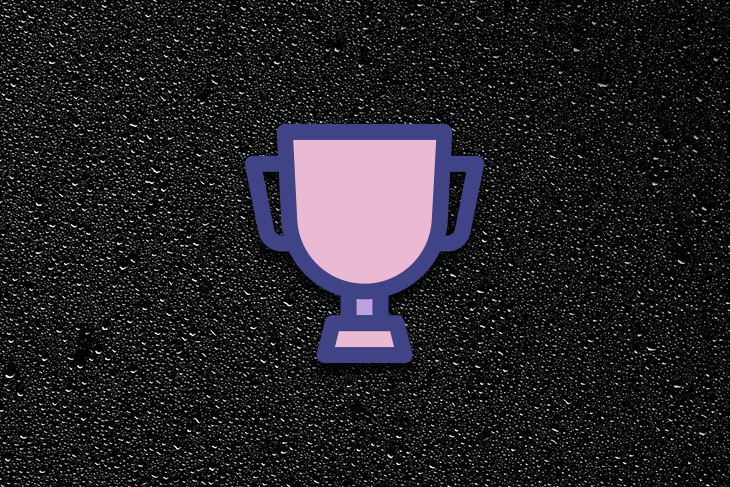 If you type in “cannibalization” on Google, most of the results will advise you on how to prevent it. I mean, you should be making more sales, not having the same ones distributed across two products. That’s a no-brainer, right?

If you have read anything I’ve written so far on this blog, you know I’m about to go in the opposite direction from common knowledge!

Cannibalization is not only a market phenomenon, but it’s a tool you must leverage if you want to stay ahead of competition. Let’s cover what it is, how to use it, and how to avoid doing it poorly.

Cannibalization beyond the obvious

If you’ve ever had the smallest amount of contact with marketing concepts, you probably already know that cannibalization is when a product “eats” another one’s market share. Usually seen as a bad thing, cannibalization can be intentional, unintentional, or cross-market. Let’s break it down: 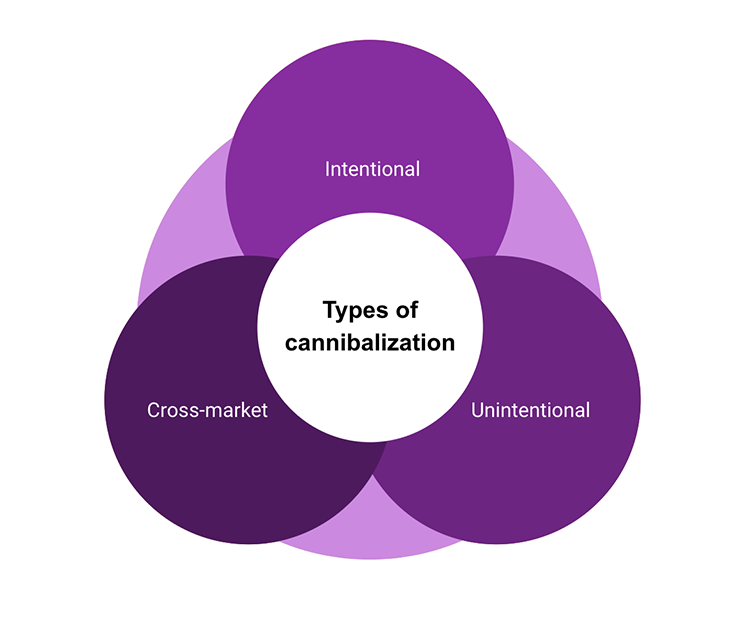 Cannibalization can be used to sunset a product in favor of another one that works best for the business. Think of the first generation of iPhones — they were essentially iPod Touches that could make phone calls. As time went by, iPhones received more and more investment, while iPods withered and died as a product.

Apple did that with the pretty intentional goal of migrating their already faithful user base to a product that had a longer life cycle and a better outlook on revenue moving forward.

Unintentional cannibalization is when a product of your own, or within the same industry, snatches market share from another product without you anticipating that. This is not necessarily a bad thing. A prime example is credit cards vs. checks.

Credit cards were originally conceived as membership cards. They eventually evolved into universal payment methods, but banks never thought of rolling out a plan to issue more cards so that they would issue fewer checks. Up until recently, banks would advertise cards and checks as part of their benefits packages.

With growing industry digitalization, banks eventually stopped pushing for checks because people didn’t want to use them anymore. Not a bad thing though, since credit card rates give way more money to the banks than what they charged for printing new checks.

This is similar to unintentional cannibalization, but with the twist that it comes from a completely different industry. This is always outside of business control and normally comes from technological disruption.

One of the most famous examples is how smartphones ate away the digital camera market. Back in 2000, if someone pointed to those big cell phones that didn’t even have colored displays and said that they would replace a Nikon camera, they would be made a laughing stock. Cut to the 2010s, and look what’s changed.

In the words of Steve Jobs:

“If you don’t cannibalize yourself, someone else will”

How to use cannibalization in your favor

Cannibalizing yourself is a strategy to preserve your market share while still expanding it. Cannibalization done right should always produce a net gain, in the sense that the eater product should be able to grow beyond the limits of the eaten one.

There are no silver bullets, though. Sometimes cannibalizing pays back, such as Apple ditching iPods in favor of iPhones. Sometimes it backfires, like Google Wave, the “all-in-one” followup to Google’s digital suite from 2009. Instead of killing Microsoft Office, it paved the way for the conception of Office 360.

Despite always being a gamble, a strong product culture can mitigate a lot of the risk involved in adopting a cannibal strategy.

Talk to your users, but don’t listen to them

People usually suck at being creative. It’s pretty hard to come up with something that is not built on top of something else you already know, which means that disruption almost never comes from feedback alone.

The famous quote attributed to Henry Ford, “if I had asked my customers about what they want, they would’ve asked for faster horses,” is the best example of what I just said. People needed more efficient means of transportation, but they couldn’t think of anything other than a horse.

Decide based on value, not on features

For your cannibalization strategy to produce net gains, you need your new product to overcome the older one by having a different or greater value proposition. More features or different ones won’t do the trick on their own.

Facebook and Instagram have a lot of similar features: videos, pictures, marketplaces, and messaging. They cannibalize each other to some extent, but you’ve never heard of someone deleting Facebook because they got an Instagram account. The latter is a photo-based social network, while the first is a text-based social network. Similar features, different value propositions.

On the other hand, Netflix’s investment in original content had a minor impact on countering other streaming services by eating away their subscribers. Readily available entertainment on your TV has no shape — it doesn’t matter if it’s a movie or a series, if it’s original or not. Different “features,” same value.

Test and iterate rather than build and commit

Going all in on cannibalization might be too dangerous of a strategy, especially if you don’t have the means to sustain two similar products that provide no net gain in terms of revenue.

The same thought process that applies to finding product market fit should be applied here. Test to learn if you are cannibalizing right, or if you should be doing it at all in the first place.

When Slack introduced its video meetings feature, there was the risk of taking people away from typing without actually moving them away from Zoom. Instead of committing to launching a new application dedicated to web conferencing, they started by introducing Huddle, the voice-only real-time meeting feature.

While not quite a Zoom contender, Slack has managed to get enough feedback on the consequences of migrating away from text-based communication only. It made sense to keep investing in the feature, but only time will tell if they manage to snatch some of Zoom’s market share.

It’s not just about the product

Keep in mind that cannibalization can come from places other than the product domain itself. Sometimes, changes in pricing, distribution channels, or even marketing campaigns can produce the same outcomes.

When airlines introduced budget flights, they didn’t kill other long-range modes of transportation, such as trains and buses, as expected. On the contrary, they almost eliminated first-class travel as a source of revenue. In this case, cannibalization not only failed to produce net gains, but it actually hurt one of the most profitable businesses they had although the service provided was, in large, partly the same.

It’s always important to keep in mind how exposed your product is to more traditional market forces. Price, place, and promotion, Kotler’s other 3 Ps, are no less of a reality to be dealt with because we are digital now.

Ultimately, cannibalization isn’t a bad thing. It can be used as a strategy to protect your market share while simultaneously expanding it.

From Apple’s iPhone to Ford’s cars, businesses and products have taken advantage of the ones that came before them since we decided to build the first wheel. Cannibalization, in a sense, is the backbone of iterative thinking.

Embracing product cannibalization comes with a lot of risks, though. For it to be successful, you need to take some precautions: provide greater value, not just more features. See beyond your customers’ requests, look into their needs. Don’t overcommit to it, test it first. Cannibalization is not prone to exist inside the product domain alone.