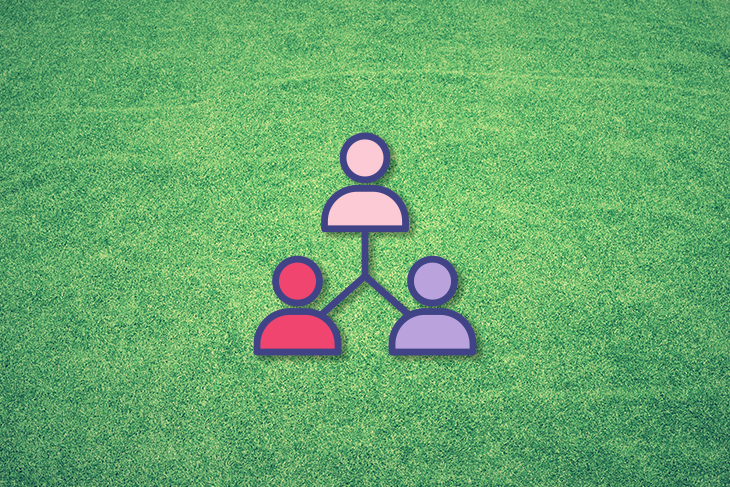 In this guide, we’ll introduce you to four of the most impactful laws, effects, and principles that influence user behavior:

The Von Restorff effect: Why the odd one out counts

The Von Restorff effect, also known as The Isolation Effect, states that when you place multiple similar objects together, the object that differs most from the rest will more likely be remembered.

Named after the German psychiatrist Hedwig von Restorff, who, in her 1933 study, found that when participants were presented with a list of categorically similar items with one distinctive item on the list, memory for the distinctive item was improved: 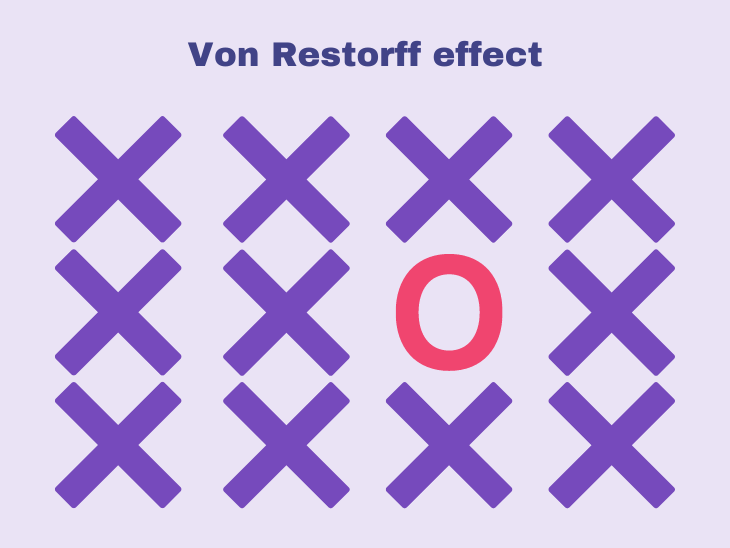 This theory manifests itself regularly in our everyday lives. We encounter decisions that use this insight constantly when designing and improving our products.

Whenever we are asked to design anything, our aim should be to make the most important information or action visually distinctive from everything else on the page. This is why we find website pages using different colored buttons for actions that the company wants direct attention to.

For example, a website can have all gray buttons, but make the “proceed” or “purchase” button green. Of course, color is just a way to indicate distinction; the theory works with many other attributes, such as shape, size, and font.

Making too many things the same will result in confusion for the user.

Can we ensure that we have a hierarchy of actions on the page, with the highest-priority action being the most distinct? Can we keep actions or information of a similar nature in a similar style to support the user in identifying differences?

Miller’s Law focuses on the ability to multitask.

As a professor at Harvard University in 1956, George Miller asserted that a person’s immediate memory is limited to around seven individual pieces of information, plus or minus two. The outcome of this is that our brains just can’t cope with too much going on at any one time and the more it does, the greater the likelihood that it will fail in the tasks it is trying to achieve.

The application of Miller’s Law can be seen in products that are designed to separate larger tasks into smaller pieces with fewer parts. The premise is that if we can keep our activities below seven pieces of information that most of us can cope with, the better chance of ultimately succeeding in our task.

This is particularly key when you are addressing the needs of first-time users, because these users haven’t had the time to encode the information presented to them into long-term memory. They are fully processing everything we put in front of them and not relying on learned memory.

Giving the user long lists of information or actions will result in confusion.

Can we split our sign-up forms into manageable chunks and not an endlessly scrolling form? Can we introduce new concepts to users at a later stage so that they can learn the basics without being overwhelmed by all aspects at the same time?

Hick’s Law: Why too much choice slows you down

Hick’s Law, or more formally known as the Hick-Hyman Law, is named after the psychologists William Hick and Ray Hyman who, in 1952, set out to research the relationship between the number of stimuli an individual is presented with and the impact that this has on the individual’s reaction time.

The research resulted in the discovery that the more stimuli an individual has to choose from, the longer it takes them to make a decision: 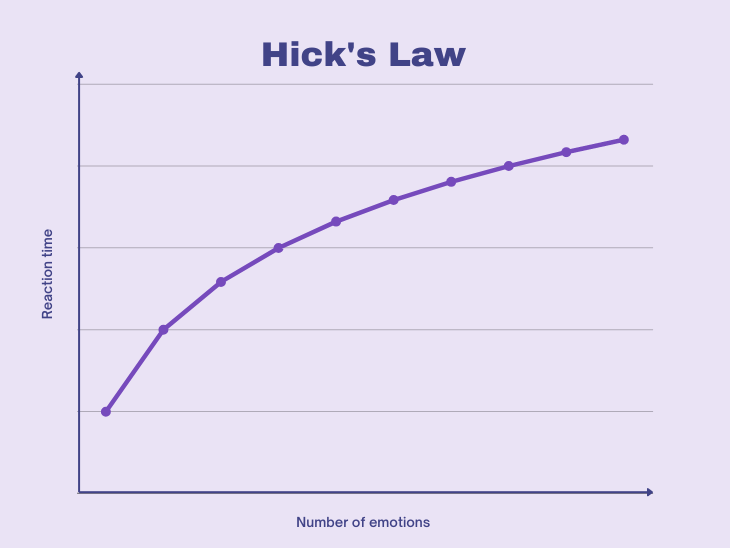 You’ll see the basis of this theory present in numerous products that you’ll likely have interacted with.

It’s why Twitter suggests some subjects or users when you sign up, as this prevents you from being forced to determine who to follow out of the millions of users when you’re only just starting on your Twitter journey.

It’s why subscription pricing pages typically only have three or four options. The more choices a company offers, the more consumers worry about making the right choice and thus don’t make a choice at all.

It’s why whenever we sign up for a new service we get set up with a series of default settings and are given the opportunity to adjust them later when we understand what we want. Imagine having to set every value every time you started a new service.

Having too many choices will result in confusion for the user.

What choices can you make for the user to allow them to get on with using your product? How can we prompt them to make quicker choices and not get caught by analysis-paralysis?

The aesthetic-usability effect: Why beautiful design is more usable

In 1995, researchers at the Hitachi Design Center started looking at human-computer interaction and identified a strong correlation between the ratings of how the user interface looked and how they perceived its usability to be. This came to be known as the aesthetic-usability effect.

They concluded that users are likely to be strongly influenced by the aesthetic of an interface, even when they are trying to assess the underlying functionality. Basically, if we think it looks good, then we’re likely to think it’s easier to use.

This effect does appear to give designers a get-out-of-jail-free card, which can be used to overcome any usability issues they introduce, but it does have its limits. The effect really only overcomes minor usability problems; it doesn’t account for any larger, fundamental UI problems.

There’s a consideration here when it comes to presenting ideas and mock-ups to stakeholders. If you present some beautifully designed pages, then there’s a chance the stakeholders will be blinded by the beauty and not notice some of the more important aspects that are missing. Perhaps you’ve not included the legal text, or the up-sell option, but because they are entranced with the images, they are less likely to bring it up.

Can you provide low-fidelity wireframes or prototypes, where the content and usability is the star and not the aesthetic?

And it doesn’t end there

These four effects and theories are not the only ones that are influencing the way we develop our products.

From the Verbatim Effect to the Schema Theory, Jakob’s Law to the Peak-End Rule, there is reason and thought behind why our users are doing what they are doing.

As those involved in delivering quality products, we should get an understanding of these theories and take advantage of them to ensure our users will get what they need from our products while continuing to return.

Why product-market fit is not enough: 4-fits framework