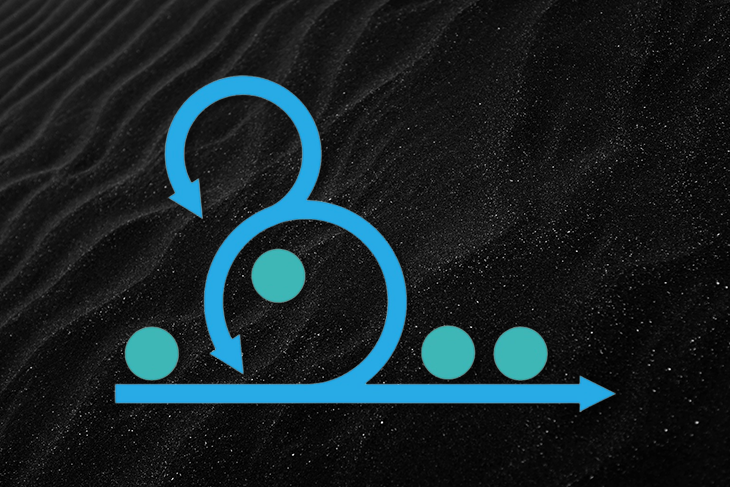 In this guide, we’ll give an overview of the daily scrum meeting, also called the daily standup, which is a scrum ceremony practiced by agile product managers and development teams.

We’ll discuss the purpose and goal of the daily scrum ceremony, who attends and runs the meeting, and what is included on a typical meeting agenda. We’ll also list some common anti-patterns that could derail your scrum and tips and best practices to help you avoid these pitfalls.

What is a daily scrum in Agile?

In Agile software development, the daily scrum, also known as the daily standup, is a scrum event that occurs once each day of the sprint.

Like most scrum events, the daily standup is a time-boxed event, typically lasting no longer than 15 minutes. During the daily scrum, team members gather to synchronize and plan their activities for the day.

The daily scrum affords the team an opportunity to share what it achieved the day before and what it plans to accomplish during the current day. This provides transparency on the team’s progress within the sprint, which enables team members to adapt their work where necessary.

The daily standup is one of several scrum events designed to facilitate the scrum pillars of transparency, inspection and adaption: transparency of teams’ progress, inspection of that progress as it pertains to achieving the sprint goal, and adaption where needed.

What is the purpose of a daily scrum?

The purpose of the daily standup is to inspect the progress being made toward the sprint goal and to adapt the work where necessary. This ensures that the team’s work and progress is visible to all team members and provides a regular feedback loop for the team.

As a product manager, it is common to discuss tradeoffs and adjust priorities with the team based on new information acquired from the daily standup.

Effective daily scrums promote collaboration and self-organization. For example, rather than having tools or managers who coordinate the work, the daily standup encourages the entire team to collaborate.

For product managers, this can be a game changer: rather than being the one who needs to liaise, track, and manage work across the team, the daily standup encourages the team members to self-organize and hold each other accountable.

The daily scrum is designed for the team to coordinate and adapt its progress within the sprint. At minimum, the product team should be in attendance. Typically, the invite list should also include the product manager and scrum master or delivery manager.

Who runs the daily scrum meeting?

There is no set facilitator of the daily scrum. Experienced teams will typically self-organize.

However, it is common for the daily standup to be facilitated by either the scrum master or product manager, depending on the team’s experience and whether they are fortunate enough to have a dedicated scrum master or similar leader on the team.

There is no set way to run a daily scrum meeting, but there are some widely adopted approaches.

The most common format for the daily standup is known as the three questions format. Each team member takes turns answering the following questions:

The daily scrum is best held at the same time and place each day. It is common for teams to hold the daily scrum at the start of the day. However, if your team is distributed or has part-time team members, you may need to consider what time of day is best for everyone.

An alternative format — and my favorite way — to run the daily scrum is known as walking the wall (also called walking the board).

Here’s how walking the wall works: rather than having each team member talk about what they did yesterday and what they plan to do today, you walk through the team’s kanban or task board and give updates on each item.

Starting at the highest-priority task, the team discusses each item that is in progress, reviews what was achieved yesterday in relation to that item, and outlines what is planned for the current day.

The walk the wall format shifts the focus away from the individual to the work. It also encourages collaboration and progressing the work rather than simply exchanging status updates.

One potential downside to walking the wall is that, in some cases, not every team member will speak during the daily standup. It can also result in missing out on important updates that weren’t captured or relevant to a task on the board.

When done incorrectly, the daily scrum can quickly become a burden and provide little to no value to the team.

It’s important to keep an eye out for signs that your daily scrum meetings might be less effective than they could be. These signs are often referred to as anti-patterns.

Below are some common anti-patterns that could derail your daily scrum meetings:

It’s important that the daily standup is concise and focused on synchronizing the team’s activities for the day. Otherwise, it becomes merely a rote status meeting.

Most daily scrum anti-patterns are based around the people attending the meeting rather than the work. Anti-patterns can cause the team to simply go through the motions without accountability. Avoiding these pitfalls will help you foster an environment of collaboration and determination to progress toward a shared goal.

Remember, the daily scrum is not a replacement for continuous communication. Product teams often identify the need for deeper and more detailed discussion during the daily standup, but it shouldn’t be the only place where communication happens.

Below are some best practices for running an effective daily scrum:

If necessary, it can also be beneficial to pass around a talking stick or ball during the daily scrum meeting. Whoever has the ball gives their update. You can make it fun and throw the ball to the next team member for their turn.

If you’re working remotely, this “passing of the baton” format works really well when the person giving their update nominates who goes next.

Finally, teams often struggle to keep discussions within the standup to a minimum. A good trick is to raise your hand if you think the discussion or update should be taken offline. If more than one team member raises their hand, that’s the signal to end the discussion.

Daily standup vs. daily scrum: Are they the same?

The term daily standup is interpreted literally: the ceremony is so named for its frequency because it occurs at the start of each day and the fact that it is typically held standing up. Why standing up? Because over time, as team members become fatigued, they will be more motivated to keep the meeting short.

Daily standup and daily scrum are often used interchangeably. Technically, as defined in The Scrum Guide, the ceremony is called a daily scrum, which is typically held during a 15-minute stand-up meeting. This distinction is important for inclusivity because some team members may be unable to stand.

The term daily scrum was originally inspired by the idea that modern product development should be more like a rugby team, moving in unison across the field, than a relay race. According to “The New New Product Development Game“:

“The traditional sequential or ’relay race’ approach to product development […] may conflict with the goals of maximum speed and flexibility. Instead, a holistic or “rugby” approach — where a team tries to go the distance as a unit, passing the ball back and forth — may better serve today’s competitive requirements.”

Like a rugby team, the daily scrum ensures that all team members are moving down the field in unison toward the sprint goal.

When conducted effectively, the daily scrum can be a great tool for facilitating self-organization, accountability, and adaptability.

Over the last several years, new agile methods such as kanban have formed and gained wide adoption. Many teams, not just those practicing scrum, find benefit in meeting daily to sync up and collaborate to ensure everyone is abreast of the latest methods and on the same page.

LogRocket helps you speak the same language as your developers

Thanks for reading about Product Ops. This is an ad for LogRocket. 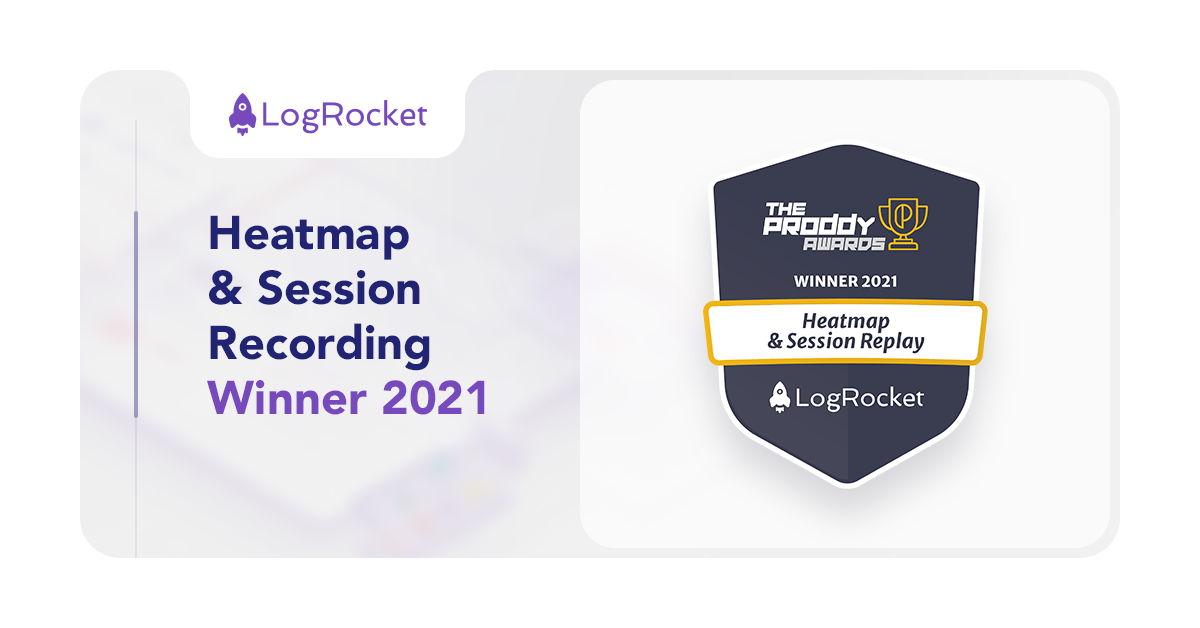 Not sure what we do? We just won Product School's "Proddy" for best Heatmaps & Session Replay, beating out a lot of great solutions that you probably already use. We make it so much easier for you to work with your developers by diagnosing bugs and catching revenue-killing snags in your app's UI.

Anthony Murphy Follow Product person, agile nerd and cat herder 🐈 Founder at ProductPathways.com, PM Coach at antmurphy.me, and Director at productprofessionals.com.
« How and when to use the CSS :has selector
A complete guide to using CSS filters with SVGs »

6 tried and true product management frameworks you should…

How to build a product roadmap that everyone buys…

What is a sprint retrospective? Templates and best practices