David Pereira Follow Product Leader with 15+ years of experience. Partner at Value Rebels and interim CPO at omoqo. Almost every product team is trapped somehow; untrapping them is what drives me. 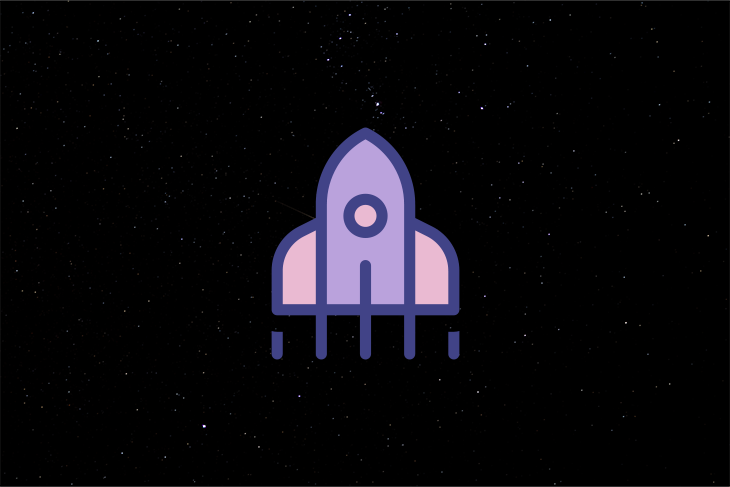 No matter the product or service you work on, bringing it to market will be daunting. That’s the drill for product professionals.

We often make things more complicated than they should be, but it doesn’t have to be that way.

What is market penetration?

Market penetration measures what percentage of customers in a given market are using a product or service compared to the total estimated size of that market.

What is a market penetration strategy?

A market penetration strategy is any initiative to grow the business by increasing market share. This is generally done by endeavoring to increase sales among untapped customers who already exist in the market.

There is no magic bullet or secret recipe to make your go-to-market a success every time, but the tips and insights I’ll share in this post will at least help you sleep at night.

How to execute a winning market penetration strategy in 4 steps

Here’s what I’ve learned over more than a decade of banging my head against the wall while bringing products to market. By embracing the four principles outlined below, you can simplify the parts of your market penetration strategy that are tripping everybody else up.

If you’re reading this article, you probably either have a brilliant idea or are working on a product that’s about to go to market. That’s awesome! But I must warn you, no matter how outstanding your idea is, you will fail several times before you get it right.

The first thing to understand is that you need a product to build the product.

The sooner you get a product into the hands of users, the quicker you create the product. A mistake I often observe is people talking about the terrific product they are building, yet nobody is using it.

First, you’ve got to create a product that matches a minimum set of user expectations, which is challenging. For example, if you want to compete with Airbnb, your bar is Airbnb. Users won’t accept anything lower than that.

That’s when it comes to the importance of differentiation and being laser-focused.

In my opinion, competing directly with a well-established company is a bad strategy.

Take Facebook, for example. Facebook started as a social network for Harvard students. Then, it expanded to other colleges, and so on. It didn’t compete directly with social networks such as MySpace — which, depending on your age, you may or may not have heard of, but it used to be hundreds of times bigger than Facebook.

Not sold yet? Here’s another example from a company I’m sure you’ve heard of:

Netflix didn’t start as a streaming service, nor did it try to compete against Blockbuster. The on-demand video streaming giant was originally a mail-based DVD subscription service, which nobody had previously offered. From there, it continuously inspected, refined and adapted its business model.

If you want to penetrate the market, you’ve got to differentiate from the competition and target a laser-focused audience.

I love using the blue ocean strategy because it’s simple and valuable and it forces you to reflect on how to differentiate. I would encourage you to use that for the product you want to bring to market.

A central part of the blue ocean strategy is the four actions framework, which outlines activities and considerations to help you strengthen your value proposition against the competition: 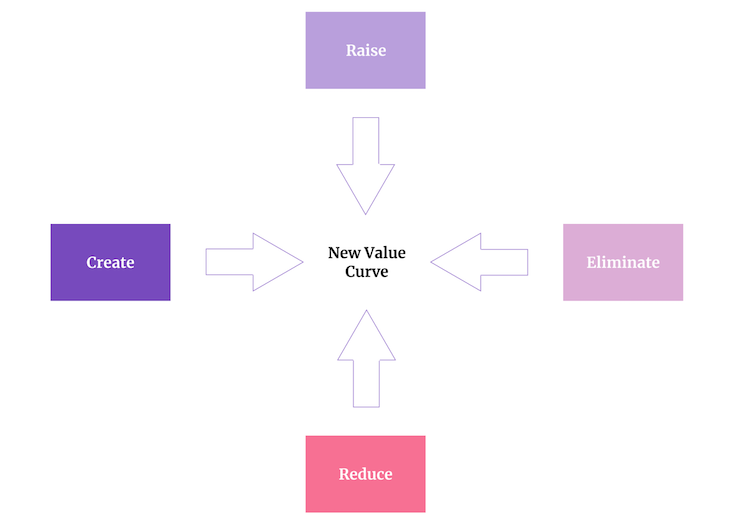 Launching a product requires an event to call a lot of attention. That’s often a great way to tank your credibility. Chances are, your first product sucks.

Where do you think Steve Jobs opened the first Apple Store? New York City? Of course not. He didn’t want media attention as he tweaked and refined the unique experience of shopping at an Apple Store.

It’s not that Apple lacked the money to open a store in New York City; company leadership wanted to learn from the market, adapt, and figure out how to create an impressive experience before bringing it to more people.

Gaining too much attention too quickly can make it difficult to get the product right before releasing it to the masses.

For example, suppose you want to create an Airbnb-like service focused on winter sports fans. Where is your target audience concentrated? Maybe Europe?

I’d say that’s too big. Ideally, you’d find a ski resort and start from there, or even a region — but not a continent or country. You’re better off focusing much more in-depth.

I would encourage you to target as small an audience as possible to ensure you can engage with users. The more you focus, more thoroughly you understand your target audience.

Remember, your idea is worthless until users can benefit from it.

Let’s say you’ve defined your focus, your product targets a small market, and you know how to differentiate from the competition. Does that mean you’re ready to launch? Not so fast, my friend.

Not everyone is willing to use a new product. Why would I use Airbnb for winter sports if I could use Airbnb directly or even book directly with a ski resort? How do you solve this puzzle?

People are different. Some are change-resistant, and others are continuously searching for new things. That’s when the adoption curve comes into place.

No matter what product you’re trying to bring to market, you’ll fail if you target the wrong audience.

It’s mandatory to start with innovators and early adopters. They will pave the way for the masses. You must understand the difference between each audience because they have different wishes and constraints.

We won’t go into too much depth on the adoption curve, but I will give you a few hints that are relevant to building a go-to-market strategy: 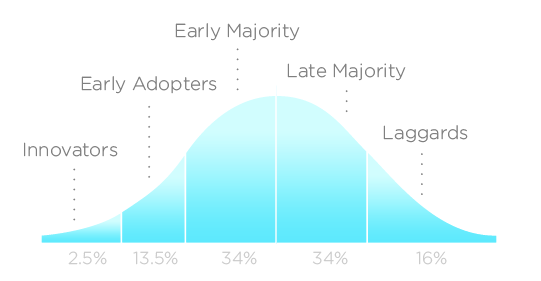 The most common mistake product managers make is targeting the early majority without having reviews of the early adopters. You have no chance of thriving without early adopters using your product.

Here’s the key lesson: find your early adopters, get your product in their hands, learn, adapt, and get reviews. Then, and only then, are you ready to target the early majority.

To learn more about the adoption curve, watch this video by Disruptive Innovation:

Before we close, let’s quickly summarize the four keys to a successful market penetration strategy:

We can take all the principles described above and distill them even further into a single, overarching adage:

Make products customers want to buy, not products you have to sell.

David Pereira Follow Product Leader with 15+ years of experience. Partner at Value Rebels and interim CPO at omoqo. Almost every product team is trapped somehow; untrapping them is what drives me.
« 4 project management trends to monitor in 2023
Build a dynamic MPA with Enhance »