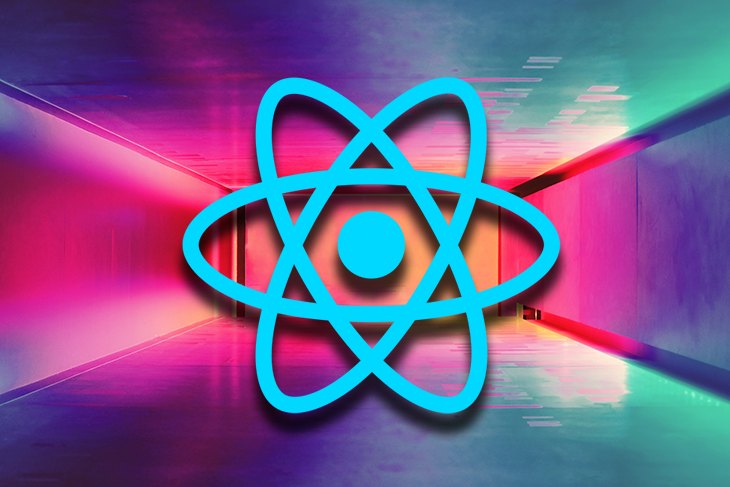 Modal windows are incredibly suitable when it comes to grabbing user attention. Furthermore, they are also helpful in collecting user information or asking for user input. However, in the React world, they are incredibly complicated to build. This is because it involves writing complex CSS code and tracking the DOM hierarchy. In large apps, this won’t be a small endeavor. Luckily, React introduced a concept called React Portals for this use case.

In this article, we’ll look at a real-world example of React Portals and explain how it can help solve the overflow: a hidden problem on a tooltip example: 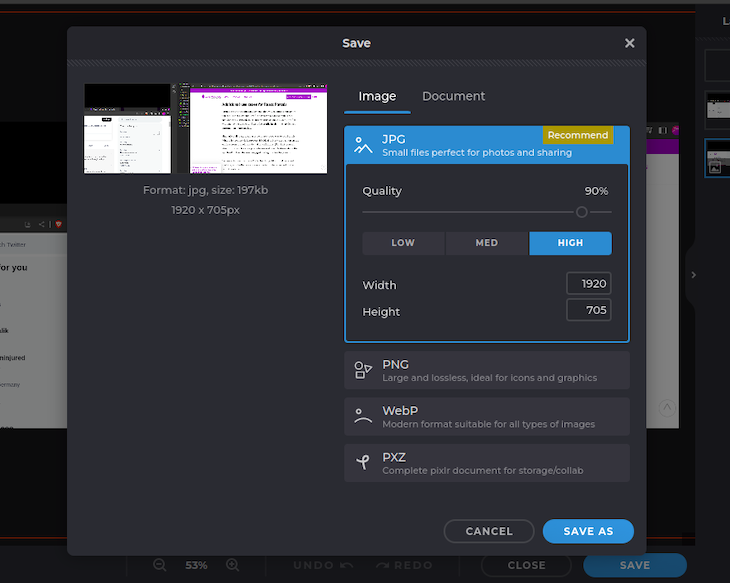 What is React Portals?

React Portals are an advanced concept that allows developers to render their elements outside the React hierarchy tree without comprising the parent-child relationship between components.

Usually, typical React components are located within the DOM. This means that it might be tricky for you to render modals or pop-up windows.

For example, look at the following code:

As you can see, our code works. However, this doesn’t look like a modal window at all. We want our component to pop out rather than blend in with the rest of the webpage.

This is a widespread problem that arises all the time in web development: you want to build some tooltip or dropdown, but it’s cut by the parent element overflow: hidden styling:

In the screenshot above, the parent container with the overflow:hidden style is marked with red, and the element used for positioning is marked with green. Because of this style property, rendering modal windows won’t be an easy task. So how do we solve this problem?

This is where React Portals comes in. This concept allows developers to render an element outside its parent’s DOM node. Despite this, React still preserves the component’s position in the component hierarchy.

In other words, the component can still maintain the properties and behaviors it inherits in the React tree. You will learn more about this in the code sample later in this article.

What is React portals used for?

Portals are great for places where you want to render elements on top of each other. I’ve included some common examples below:

Earlier, we discussed that React usually displays elements within the DOM. We can prove this with the following code:

As you can see, our component is showing up within the root div element. However, when it comes to modals and dialog windows, we want our component to render out of the root component.

We can solve this by creating a React Portal element:

This time, notice that React will not render this function within the DOM:

As you can see, this proves that Portals can be crucial in use cases where the developer wants to render certain elements to grab user attention.

Looking at the CSS/HTML solution

The simplest way to solve this issue is by simply removing the overflow styling:

This tells the program to modal our modal onto the screen: 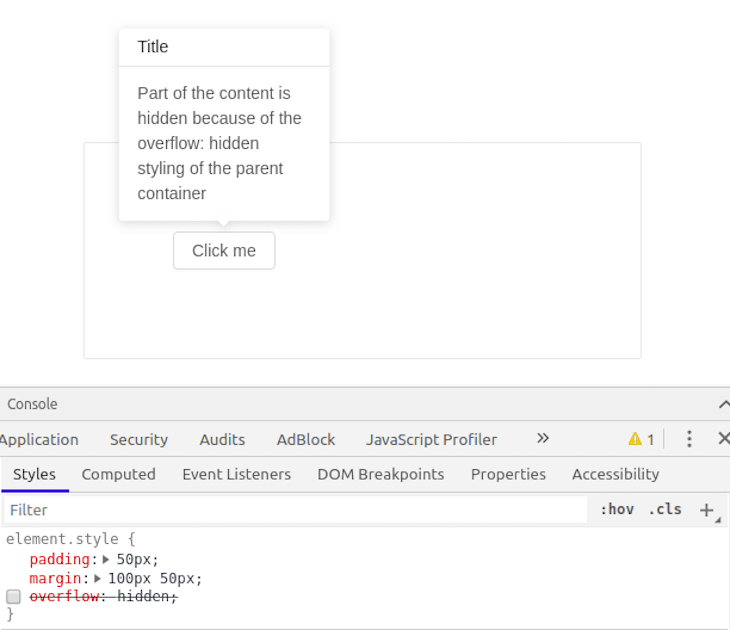 The tooltip is now fully visible, and everything looks good, but it becomes a very fragile solution when any of the following scenarios arise:

Here’s an example of an unwanted side effect of disabling overflow: hidden:

After (image has expanded far outside of the card marked with green):

There’s a way to solve all the problems with tooltip/dropdown cut off by overflow for the entire application and reuse the code without needing to spend developer time on trying and testing.

The solution is to append tooltip or dropdown directly to the body of the document, set position: fixed style, and provide screenX and screenY coordinates where the tooltip/dropdown should appear.

Now, there are two things we need to do:

Let’s start with mounting outside of React. That’s an easy task for a JQuery/Vanilla JS codebase. Still, it might sound challenging to a React developer because React applications usually have only one mount point to the DOM. For example, some div with id = "root".

Luckily, the React team introduced another way to mount components: React Portal. Using React Portal, developers can access the tooltip/dropdown component from JSX in a convenient way: all of the props pass and handle events, but at the same time, Portal is mounted to the body of the document outside of the React mount root.

The final JSX we are going to use is as follows:

In the code snippet above, the <Portal /> wrapper component takes care of mounting outside of React, and <TooltipPopover/> is placed according to the coordinates passed to it. The final look is as follows:

And that’s it! You have a universal solution for any content that should pop up outside of the parent without being cut off. But the <Portal/> wrapper component is a “black box” for us, so let’s change that and look at what’s under the hood.

By following React docs for Portal, we can build our own custom <Portal/> wrapper component from scratch in a few steps:

Step 1: Adding an extra mount point in a DOM outside of react-root

In this code snippet, I have named the React mount point element ID "react-root", and all of the tooltips/dropdowns should be mounted using React Portal inside of "portal-root".

As you can see, mount needs a DOM element with id = "portal-root" from the previous code snippet with HTML to append an element inside. The core thing this wrapper component does is create a Portal for any React children passed into a component.

The useEffect React Hook is used here to take care of mounting the element at the right time and to clean up on component unmount.

The last thing we need to do to get the fully-functional tooltip component is pass button coordinates to the tooltip for positioning. That is not a hard task, thanks to React Hooks, and it can be implemented with something like this:

In this code, the button component has an onClick event handler that takes current on-screen coordinates of the button from an e.target object using the standard getBoundingClientRect() method of a DOM element.

Additionally, a toggler for button visibility is in place that helps us to toggle the tooltip.

Please note that I intentionally left on the Card component to showcase that the Portal solution is working fine.

Feel free to check the live demo and full code on codesandbox.

There is one thing that refers to the tooltip positioning more than to Portals, but it’s worth mentioning. If the button position depends on the window’s right edge (for example, display: flex; margin-left: auto styling), its positioning could be affected by the window scroll appearing (for example, when new content is loaded at the bottom of the page). Let’s take a look at an example:

There are a few ways to solve this issue. You could use some resize detection package applied to the whole page, like react-resize-detector, which will fire some event on content height change.

Then, we can measure the scroll width and correct the tooltip’s position.

Luckily, in our case, there is a much simpler pure CSS solution:

Adding this little code snippet to the page prevents the page’s content from unexpected jumps on window scroll appear/hide because the <html/> width is set to be equal to 100vw (window width), which is constant and unaffected by the window scroll.

Meanwhile, the 100% <html/> width doesn’t include the scroll, so the app no longer cares about the scroll being on or off. Tooltip will be centered all the time.

You can test the result on the demo by playing with the window height size. Doing the same thing but with better-looking cross-browser scrollbars is also possible using a package called react-custom-scrollbars.

To make it work, you need to install the package and wrap the whole app into a Scrollbars component like this:

Here is a quick preview (note the scrollbar appearance):

In this section, we will dive deeper into combining React Hooks with Portals. React Hooks are great when you want to write reusable code. This means we can create a custom Hook that would allow us to render our modal relatively easily. Consequently, this brings cleaner, more readable, and robust code to the table.

We can even create a custom React Hook to allow us to build a Portal:

In this code, we defined a usePortal Hook, which allows the user to display a Portal element at a given HTML selector.

In order to see this Hook in action, write the following block of code within your App.js module:

This will be the outcome: 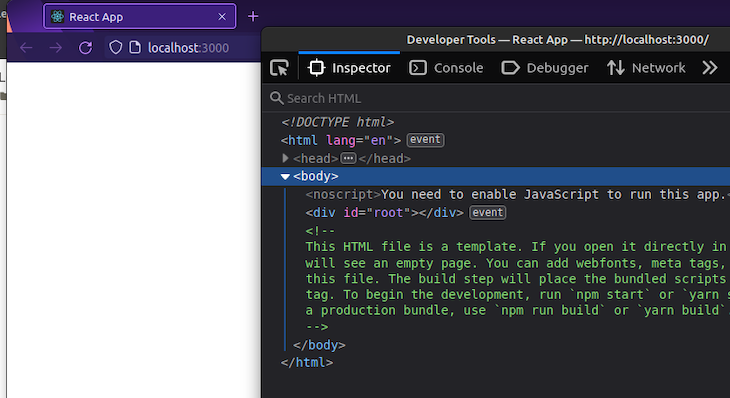 Notice that React didn’t render our Portal. This is because, in our code, we told the compiler to draw our component into a node named me. However, in our index.html file, we haven’t created a me element.

To fix this, add this line of code to index.html: 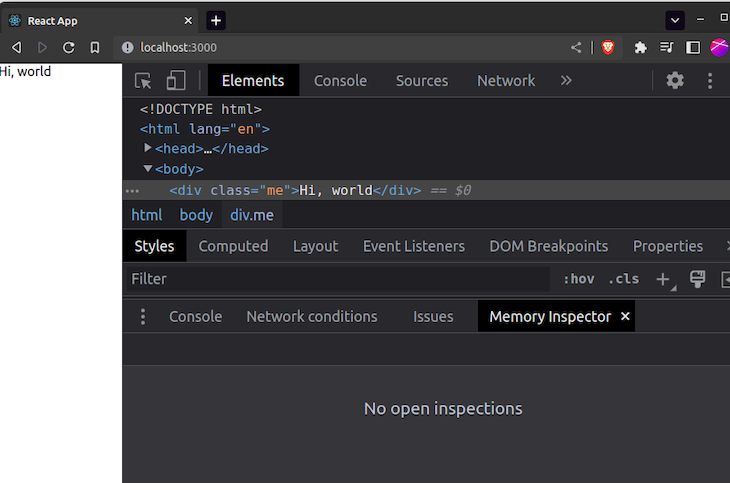 We have gone through the most common use case for React Portal step by step, explaining how it works on a real-life example with tooltip component development from scratch. Furthermore, we also covered using React Hooks and Portals to help us build custom hooks.

Of course, generalization can’t come without its tradeoffs. The complexity of Portal tooltip is bigger than the pure CSS/HTML solution, and it’s up to the developer to choose the right approach at the right time.