How and when to force a React component to re-render 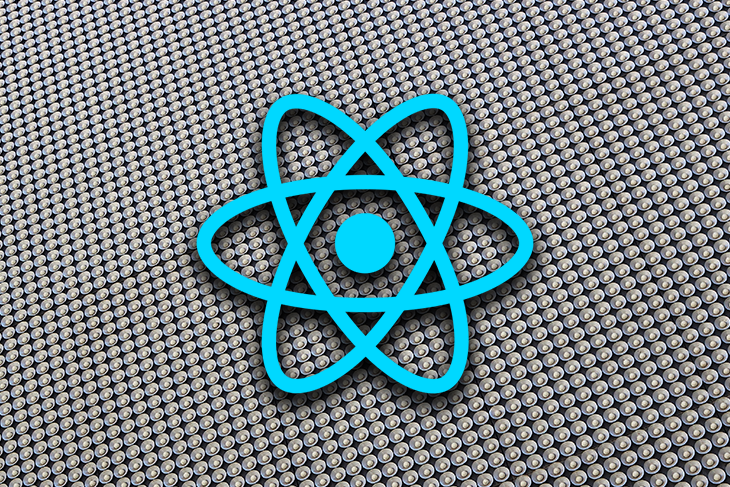 React usually automatically re-renders components, but for us to truly understand how and when to force React to re-render a component, we need to understand the inner workings of React.

Since the beginning of the web, we’ve used HTML and CSS to define the visual representation of a website. This has not changed, but, with the introduction of JavaScript, new concepts that enable us to read and update the rendered HTML of a page. We call this API DOM.

Libraries like jQuery became extremely popular because they provide an abstraction layer on top of the DOM API that provides enhanced functionality and compatibility, making it easy for developers to build web applications.

But jQuery has its limitations. It doesn’t solve crucial problems developers have when working with dynamically loaded content, such as keeping the JavaScript state (variables) and the DOM (HTML) in sync. Changing a variable in JavaScript does not affect the DOM directly.

Using a framework like React can solve this problem. React relies on JavaScript to maintain the state of an application. This master state object that contains a JavaScript reference to each object on the page is called Virtual DOM. Any changes on virtual DOM reflect automatically on the DOM, and that’s React’s best magic trick.

But how do we update the virtual DOM? We do this by building components and working with state and props.

The next question you may have is, what happens on the edge cases when a component is not updating as expected? Is it even possible? Maybe, but it’s complicated, so let’s discuss it.

Generally, forcing a React component re-render isn’t best practice, even when React fails to update the components automatically. So, before considering forcing a re-render, we should analyze our code, as React magic depends on us being good hosts.

Let’s build a simple component to demonstrate one common reason components aren’t rendering. We will build a simple app that will show a username, Juan, and, after pressing a button, the name will change to Peter.

Here is a demonstration of the app with the complete code. You probably noticed that after clicking the button, nothing happens, even though we changed our state on the button:

The component did not change, so there was no re-rendering trigger. Here’s why.

React evaluates state changes by checking its shallow equality (or reference equality), which checks to see if both the preview and new value for state reference the same object. In our example, we updated one of the properties of the user object, but we technically made setUser the same object reference, and thus, React didn’t perceive any change in its state.

State, as described in the React documentation, should be treated as immutable.

So, how do we fix it? We could create a new object with the correct values as follows:

Note that we are using the spread operator in JavaScript to preserve the properties of the original object while updating its name property under a new object. The final result can be observed here.

While it may seem impossible, incorrectly updating props without a state change can happen, and it usually leads to bugs. Let’s look at an example.

In this demo, I built a clock that has a major problem: the time doesn’t change after I first load the screen. Not a very useful clock, right?

Let’s take a look at the code responsible for calculating the current time:

This code looks ugly and is generally not a great way to code for a React component, but it works. Every second, the runtime will call the function setMyTime and will update the variable myTime, which is then passed to our Clock component for rendering.

This demo doesn’t work because props are a reflection of state, so a standalone change in props won’t trigger a re-render. To fix it, we need a total rewrite.

Notice that we introduced state to manage myTime and useEffect to start and clear the timers to avoid bugs when the component re-renders. And it works!

Forcing a React component to re-render

Forcing an update on a React class component

If you are using class components in your code, you’re in luck. React provides an official API to force a re-render, and it’s straightforward to implement:

In any user or system event, you can call the method this.forceUpdate(), which will cause render() to be called on the component, skipping shouldComponentUpdate(), and thus, forcing React to re-evaluate the Virtual DOM and DOM state.

There are some caveats to this method:

Forcing an update on a function component

There’s no official API to re-render a function component, nor is there a React Hook. There are, however, some clever tricks to signal to React that a component should be updated.

Let’s say we want to force a refresh on our change user example above. We could do something like this:

Because user is an object, we could copy it to a new object and set it as the new state. The same could apply to any other object or array.

This method is interesting, as it creates a new object in the state. We only care about its update function as follows:

Here, we use useCallback to memoize our forceUpdate function, thus keeping it constant throughout the component lifecycle and making it safe to be passed to child components as props.

Here is an example of how to use it:

Now, each time we click on the Force Re-render button, the component will re-render. You can access the live demo here.

However, we covered a few common ways to force React to re-render components should it be required. Happy coding!