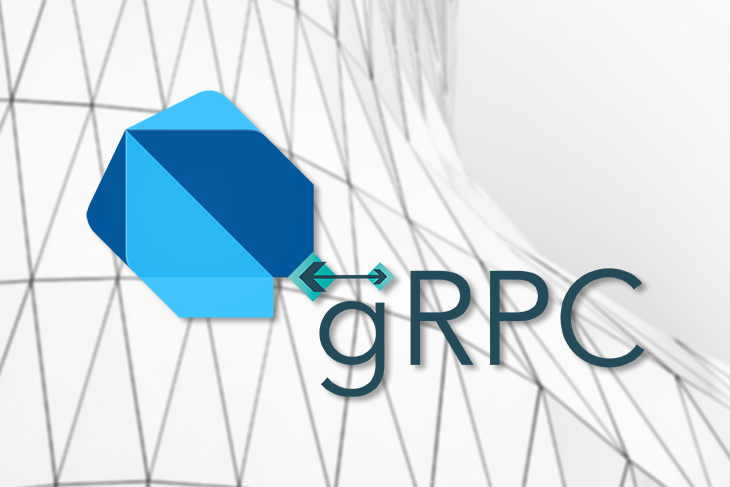 In this tutorial, we’ll cover the basics of gRPC, a performant, open-source, universal RPC framework, review a little about the Dart programming language, and demonstrate how to build a gRPC server in Dart.

We’ll walk you through the following:

gRPC is an interprocess communication (RPC) framework built by Google and released in 2015. It is open-source, language-neutral, and has a compact binary size. gRPC also supports HTTP/2 and is cross-platform compatible.

gRPC is very different from the conventional RPC in the sense that it uses Protocol Buffers as its IDL to define its service interface. Protocol buffers is a serialization tool built by Google that allows you to define your data structures, then use the protocol buffer compiler to generate source code from these data structures to the language of your choice. The generated language is used to write and read the data structures to and from any context we want. According to the official docs, “Protocol buffers are Google’s language-neutral, platform-neutral, extensible mechanism for serializing structured data – think XML, but smaller, faster, and simpler.”

Using this service interface, the gRPC server sets up its server code implementing the methods in the service interface. It sets itself up and listens for requests (method calls) from clients.

The client uses the service definition interface to generate the client stub. This client sub is from where the methods in the server are called. A gRPC client app can make direct requests to a server application. Both client and server embrace a common interface, like a contract, in which it determines what methods, types, and returns each of the operations is going to have.

The most appealing thing about gRPC is its use of the protocol buffer, which enables the protocol to be platform-agnostics and polyglot. That means the server can be written in a given language and the client developed in another language. The protocol buffer makes this possible because it has compilers that can generate a language source code from the data structure in its definitions.

For example, let’s say the server is to be written in JavaScript. We’ll use the proto compiler to generate JavaScript source code from the definitions in the .proto file. The server can then access and manipulate the data structures and methods using JavaScript code.

For the client, we want it to be developed in Java, so we’ll generate Java source code from the definitions. The client can then call the methods and access the data structures using Java code. That’s what we mean when we say that gRPC is polyglot and platform-agnostic.

Note that protocol buffers are not only used by gRPC. They can also be used for serialization. It is commonly used to send data through streams so you can read and write your data structure without any overhead loss.

Building a gRPC server in Dart

Now that we understand the basics of gRPC and protocol buffers, it’s time to build our gRPC server in Dart.

Before we begin, make sure you have the Dart SDK installed in your machine. The Dart executable must be available globally in your system. Run the following command to check:

We’ll also need some protoc tools. Since we’re developing the gRPC server in Dart, we’ll have to install the proto compiler for the Dart lang. This compiler will generate Dart source code from the service definitions in the .proto file.

The protocol buffer compiler is a command-line tool for compiling the IDL code in the .proto files and generating specified language source code for it. For installation instructions, see the gRPC docs. Make sure to download the version 3.

Finally, the Dart plugin for the protoc compiler generates the Dart source code from the IDL code in the .proto files.

For Mac users, install the Dart protoc plugin by running the following command:

This installs the protoc_plugin globally in your machine.

Next, update the $PATH so the protoc will see our plugin:

Now it’s time to create the server.
For our demonstration, we’ll create a gRPC server that manages a book service. This service will expose methods that will be used to:

Our Dart project will be a console-simple project. Run the following command to scaffold the Dart project:

The output will be as follows:

Our project will reside in the dart_grpc folder.

Now, run pub get in your console so the dependencies are installed.

We define our service definitions in a .proto file. So let’s create a book.proto file.

Add the below Protobuf code in the book.proto file:

That’s a lot of code. Let’s go through it line by line.

Here, we’re declaring the methods and the service they will be under. The service keyword denotes a single service in a gRPC, so we create a service BookMethods. To call a method, the method must be referenced by its service. This is analogous to class and methods; methods are called through their class instance. We can have several services defined in a proto.

Methods are denoted inside each service by the rpc keyword. The rpc tells the compiler that the method is an rpc endpoint and will be exposed and called from clients remotely. In our definition, we have five methods inside the BookMethods service: CreateBook, GetAllBooks, GetBook, DeleteBook, and EditBook.

All the other data from this point down represents the data or message types. We have:

Empty denotes an empty data structure. This is used when we want to send no argument to rpc methods or when the methods return no value. It is the same as void in C/C++.

This represents an array of books. The books field is an array that holds books. repeated denotes a field that will be a list or an array. The Book before the field name denotes that the array will be of Book types.

That’s the version of my protoc tool at the time of this writing. your version might be different, it does not matter.

Now, make sure your terminal is opened at the dart_grpc root folder. Run the below command to compile the book.proto file:

The I=. tells the compiler the source folder which proto field we are trying to compile.

The dart_out=grpc:. subcommand tells the protoc compiler that we’re generating Dart source code from the book.proto definitions and using it for gRPC =grpc:. The . tells the compiler to write the dart files in the root folder we are operating from.

This command will generate the following files:

The most important file is book.pb.dart, which contains Dart source code for the message data structures in the book.proto file. It also contains Dart classes for Empty, BookId, Book, and Books. From these, we create their instances and use them when calling the rpc methods.

The book.grpc.dart file contains the class BookMethodClient, which we’ll use to create instances to call the rpc methods and an interface BookMethodsServiceBase. This interface will be implemented by the server to add the methods’ implementations.

Next, we’ll write our server code.

We’ll write our gRPC server code in the dart_grpc.dart file. Open the file and paste the below code:

What a chunk of code! It looks daunting, but it’s simpler than you might think.

In the BookMethodsService class, we override all the methods to provide their implementations. Notice the two parameters in the methods. The first param, ServiceCall call, contains meta-information on the request. The second param holds the info that is sent, which is the type of data the rpc method will accept as an argument.

The above command sets a books array.

In the createBook method, we created a new Book, set the id, title, and added it to the books array in the books variable.

In the getAllBooks method, we just returned the books variable.

In the getBook method, we fetched the ID from the BookId request object and used it to get the book from the books array using the List#firstWhere method and return it.

In deleteBook, we oet the bookID from the BookId request and used it as cursor to remove the book from the books array using the List#removeWhere method.

In the editBook method, the request arg contains the Book info. We retrieved the book from the books array and edited its title property value to the one sent in the request arg.

Finally, we set up the server in the main function. We passed the BookMethodsService instance in an array to the Server constructor. Then, we called the serve method to start the server at port 50051.

Create a client.dart file inside the bin folder:

Open it and paste the following code:

We called the getAllBooks method to get all books on the server.

Next, we set up a BooKId object, setting its id to 2. Then, we called the deleteBook method,
passing in the BookId object. This deletes the book with id 2 (“No Longer at Ease”) from the server.

After all this, the channel is shut down by calling the shutdown method in ClientChannel from its channel instance.

Now it’s time to test everything. First, run the server:

Open another terminal and run the client:

That’s it — our gRPC server is working as intended!

The complete source code for this example is available on GitHub.

We covered a lot in this tutorial. We started by introducing gRPC generally and explaining how it works from the protocol buffers down to the client.

Next, we demonstrated how to install tools and plugins for the protocol buffer compiler. These are used to generate Dart source code from the proto definitions. After that, we walked through the process of creating an actual gRPC service in Dart, building a gRPC client, and calling the methods from the client. Finally, we tested everything and found that it works great.

gRPC is very powerful and there is a lot more you can discover by playing around with it yourself. The examples in this tutorial should leave you with a solid foundation.

Chidume Nnamdi Follow I'm a software engineer with over six years of experience. I've worked with different stacks, including WAMP, MERN, and MEAN. My language of choice is JavaScript; frameworks are Angular and Node.js.
« JWT authentication: Best practices and when to use it
Getting started with Stripe Connect using Next.js »