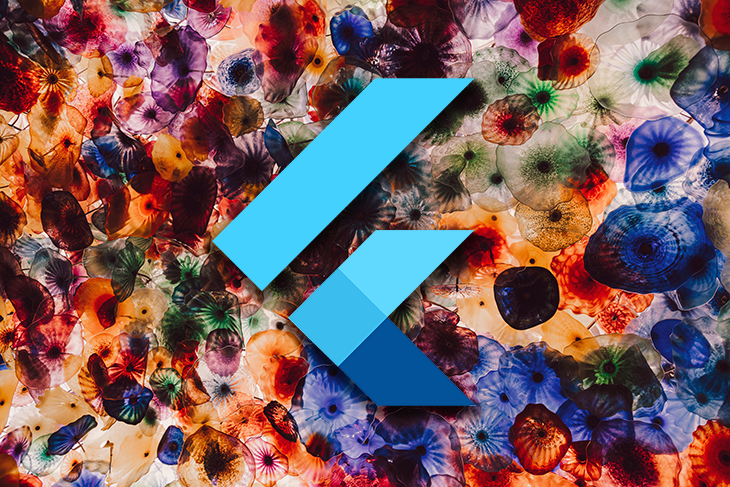 There is always a transfer of data within a class or across multiple classes in any typical application, including Flutter apps. A class or function generates data to consume, either within itself or by another class or function. Data is most likely passed from one widget to another through the constructor.

Sometimes, you may have to pass data across several layers of widgets before it finally gets to its destination widget. In such instances, the layers of widgets in between do not need this data, but rather serve as tools to transfer the data to the widget that needs it.

This is a very inefficient technique of managing data within your application, especially on a large scale. It leads to a large amount of boilerplate code and could lead to a performance lapse on your application.

Redux is a state management architecture library that successfully distributes data across widgets in a repetitive manner. It manages the state of an application through a unidirectional flow of data. Let’s explore the diagram below: 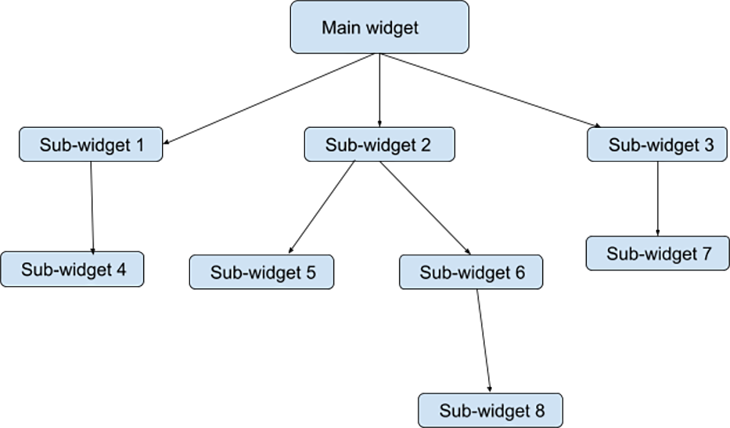 With Redux, you can structure your application so that the state is extracted in a centrally-located store. The data in this centralized store can be accessed by any widget that requires the data, without needing to pass through a chain of other widgets in the tree. 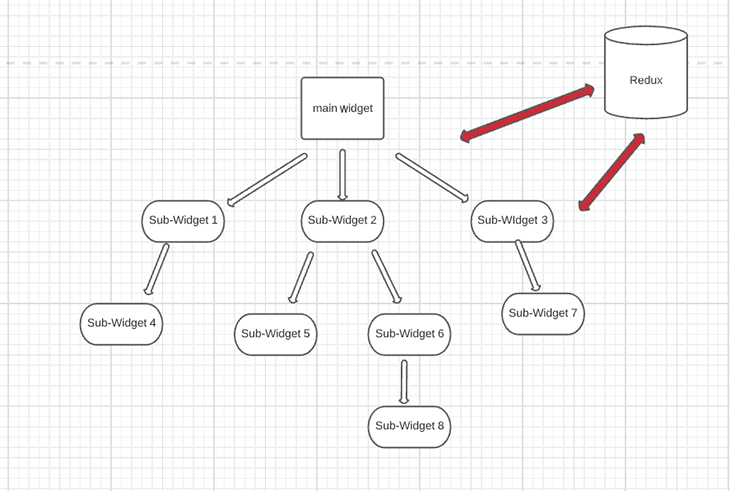 Any widget that needs to add, modify, or retrieve the data in a state managed by the Redux store would have to request it with the appropriate arguments.

Likewise, for every change made to the state, the dependent widgets respond to the change either through the user interface or any other configured means.

Why is state management important?

In a medium or large-scale application with many widgets, when a child widget needs data, it is common to manage the data from the main.dart file.

This data could be distributed through the constructors of widgets as arguments until the data gets to the recipient widget, but as we discussed in the intro, this could lead to a long chain of data transfer through widgets that don’t need this data.

Not only can it be cumbersome and difficult to pass data through the constructors, it can also affect the performance of an application. This is because when you manage data from the main widget — or any root widget — the entire widget tree rebuilds whenever a change occurs in any of its child widgets. You only want to run the build method in the widget that requires the changed data.

Redux as a single source of truth

There should be only one store of information across your application. This not only helps with debugging, but each time data changes within your application, you are more easily able to detect where and why it has changed.

The state of your application should be immutable and accessed only by reading it. Part of this means that if you want to change a value inside a state, you have to completely replace the state with a new state that contains your new values.

This helps to secure the store and allow a change in state only by actions. It also enables transparency within the application because you can always detect the cause of changes to the state and the objects responsible for these changes.

Functions should be the state changers

In the code above, AppState is an immutable class that holds the state of the value variable.

The actions permitted in the state are Add and Subtract.

Modifications to the state are done through the reducer function, which receives the state, and the action carried out on the state.

Recall that the state is immutable and is updated by creating a new state. The reducer is the only way this update can be made to the state.

What are Redux actions?

Usually, when a state is stored, there are widgets and sub-widgets around the application that monitor this state and its current values. An action is the object that determines what event is performed on the state.

Following the event performed on this state, these widgets that are tracking the data in the state rebuild and the data they render are updated to the current values in the state. Actions include any event passed on to the store to update the app state.

When any widget wants to make a change to the state using an action, it uses the dispatch method of the store to communicate to the state about this action — the store invokes the action.

How do changes in state affect the UI?

Updates made to the state reflect on the UI — each time the state updates, it triggers the logic that rebuilds the UI within the StoreConnector widget, which rebuilds the widget tree with every change in the state. 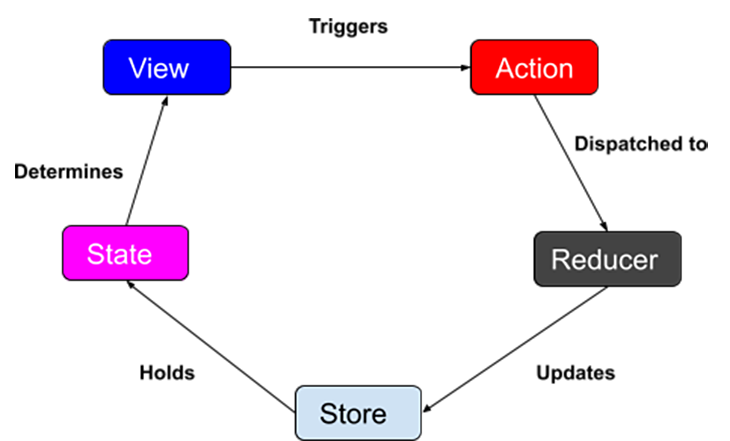 Let’s say there is a pop-up on the screen that requires a user response in the form of clicking or tapping a button. We’ll regard this pop-up as the View in our diagram above.

The effect of clicking the button is the Action. This action is wrapped and sent to the Reducer, which processes the action and updates the data in the Store. The store then holds the State of the application, and the state detects this change in the value of the data.

Since the data rendered on your screen is managed by the state, this change in data is reflected in the View and the cycle continues.

Middleware is a Redux component that processes an action before the reducer function receives it. It receives the state of the application and the dispatched action, then performs customized behaviors with the action.

Let’s say you want to perform an asynchronous operation, such as loading data from an external API. Middleware intercepts the action, then conducts the asynchronous tasks and logs any side effects that may have occurred or any other custom behavior displayed.

This is what a Redux flow looks like with the middleware: 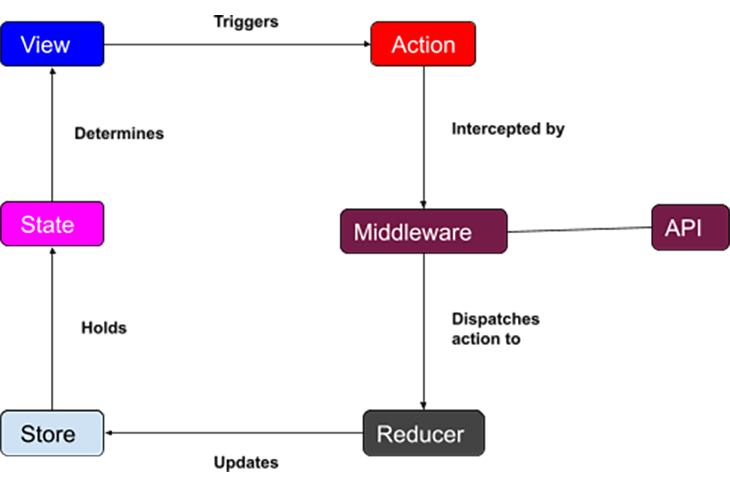 Putting it all together

Let’s put everything we’ve learned so far and build a basic application that implements Redux in Flutter.

Our demo application will contain an interface with a button that fetches the current time of a location on every click. The application sends a request to the World Time API to fetch the time and location data needed to enable this feature.

Run the command on your terminal:

Add the following dependencies to your pubspec.yaml file, then run flutter pub get.

Next, add the following code for AppState:

The app state here has fields to display the location and time. The fields are initially set to empty values. We have also provided a getter method for each field to retrieve their respective values.

The action class also has the same fields as the AppState. We will use the values in the fields to update the state when this action is called.

The reducer function receives the state and the action. If the action is a FetchTimeAction, it returns a new state using the values in the action fields. Otherwise, it returns to the previous state.

The code for the middleware is as follows:

Then we used the Dart Random() function to select a random location in the list and make another asynchronous request to fetch the time for the selected location. We also formatted the date and location values received from the API to suit our application.

Finally, we dispatched a FetchTimeAction to the store so we could update the new state.

Now, let’s build the rest of our app:

We begin by assigning an instance of the Store<AppState>. Then, we wrap the MaterialApp in StoreProvider<AppState>. This is because it is a base widget that will pass the given Redux store to all descendants that request it.

The Text widget that renders the location and time is one of the descendent widgets that depends on the store, so we wrap it in a StoreConnector to enable communication between the store and this widget.

The ElevatedButton widget is the second widget that depends on the store. We also wrap it in the StoreConnector. Every click triggers the middleware to run its function and thereby update the state of the application.

In Flutter apps, or frontend applications in general, it’s key to manage your data and the user interface that reflects it.

Data is quite a broad term. It can refer to any value shown on your app and could range in significance from determining whether or not a user is logged in, or the result of any form of interaction generated by your app user.

When building your next application, I hope this article provides a comprehensive guide to how you can efficiently build it using the Flutter Redux architecture.

Damilare Jolayemi Follow Damilare is an enthusiastic problem-solver who enjoys building whatever works on the computer. He has a knack for slapping his keyboards till something works. When he's not talking to his laptop, you'll find him hopping on road trips and sharing moments with his friends, or watching shows on Netflix.
« Top React image cropping libraries
5 open source JavaScript datagrids for your next project »