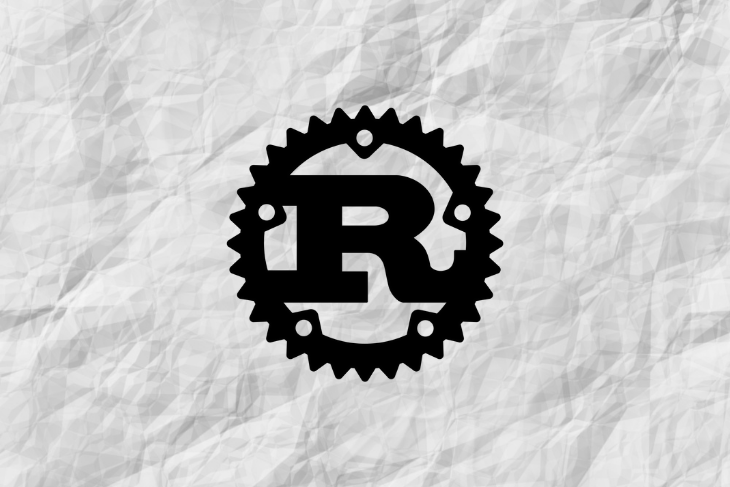 For any nontrivial web service, the ability to manipulate configuration values is essential. This can range from setting the host and credentials of a database over the cron expression of a job to, quite simply, defining the actual port the application should be started on. All these values could be subject to change, and it would be highly inefficient to go through the processes of a code change and deployment every time.

For this reason, it’s useful to have external configuration files, which are loaded at startup time and set these values for the current run. This way, you only have to change the value in the configuration file and restart the service. If you have a fancy reload mechanism for your configuration, you might not even have to restart.

In this tutorial, we’ll walk through the basics of configuration management in a Rust web application. We’ll build an example application using warp to create a web server, but the concepts will apply identically to any other method of spinning up a web app.

The demo will show off the following features.

And we won’t even have to break a sweat, since the fantastic config-rs crate already provides these features and more out of the box, with just a bit of configuration necessary.

To follow along, all you need is a recent Rust installation (1.39+) and a tool to send HTTP requests, such as cURL.

Next, edit the Cargo.toml file and add the dependencies you’ll need.

The web service itself will be written in warp, which uses tokio internally. To manage our configuration, we will use the fantastic config-rs crate. The lazy_static crate will enable us to lazily initialize the config as a shared global, which is one of the two ways we’ll demonstrate to propagate the configuration through the application.

Let’s start by defining the values we would like to configure. The config crate supports hierarchical overrides, meaning we can define a default configuration and then, if a different file is used depending on the environment, override some values.

Below is the example default configuration in ./config/Default.toml.

Nothing too fancy here. We defined two properties on the server key, the log level, and, for whatever reason, a set of rules.

If we wanted to override, say, the log level for our local development runs, we could create a file, ./config/Development.toml, that contains the following.

Loading this Development configuration would set all values exactly as in Default, except for log.level, which would be set to debug instead of info.

This is useful because it enables you to define some basic properties that won’t change once in the default configuration and override the ones that change in specialized configs.

For example, Testing and Production configs would look as follows in this case.

For each environment, there must be a file in ./config.

With these configuration files created, let’s take a look at how to load this into a Rust application.

Create a settings.rs file in the new Rust project. Then, create data structures for the config values outlined above.

These structs mirror the fields in Default.toml. As you can see, we’re can use different data types and even nested structures.

We also defined two constants for loading the configuration: the default configuration file and the folder name.

But how do we get from these config files to filled-out structs? We’ll get to that shortly.

For now, let’s define the ENV data type present in the Settings struct.

This is entirely optional, but I find it quite useful. It’s just an enum mapping the environment strings. Adding this to the configuration is nice if you have some logic you might want to enable or disable based on the environment you’re running. You could also conceivably have a huge enum with feature flags you might want to switch on or off. Switches like these should be used sparingly, but they can be quite handy.

First, we checked whether a RUN_ENV environment variable was set (if not, we’d default to Development). This is convenient because we’ll frequently run the app locally, but it also means that if you don’t specify an environment in production, it will start with the Development config, which might not be what you want. In our case, it might be more sensible to simply fail here and throw an error explaining that this env variable needs to be set to Development, Testing, or Production.

Next, we created a default config::Config and manually set the ENV variable. This is another example of how you can manually set configuration values at runtime.

We used the merge function, first with the default config file and then with the file selected based on the given environment (e.g.: ./config/Testing.toml).

Finally, we used merge to override any already-set values with provided environment variables. This is important because you likely don’t want your database credentials in a checked-in file. Another way to accomplish this (albeit also not the most secure way) is to set the values via an environment variable.

The Environment::with_prefix option ensures that any environment variable that is prefixed with EA and matches one of our config paths is used. The separator is set to __ to avoid potential problems related to variable names that include a _. In this case EA_SERVER__PORT will set the server.port property to the given value.

And that’s it. Calling Settings::new() will attempt to load and parse the configuration, giving us a fully filled-out settings object based on the environment chosen.

The next steps is to integrate this into a simple web application.

We’ll demonstrate two ways to propagate this configuration through the application. First, we’ll simply provide it as a global variable. We’ll also walk through passing it around directly to our handlers.

Global variables are fine for small applications, but once things get big and involved, there might be coupling issues and you will likely move to a more explicit way of sending configuration values around.

Let’s spin up a warp web server with two routes, one for each of the options outlined above.

Wooosh! So much code! Let’s step through it block by block.

Initially, we used the lazy_static crate to lazily create a static version of our config in settings. This static reference can be used anywhere in the application; this is the global variant.

The local variant involved the with_cfg warp filter at the bottom of the snippet, where we enabled a route to be passed a settings::Settings object. This way, the handler explicitly gets the configuration instead of relying on the global state being available.

In the main function, we created the two routes and started the server based on the configured port. As you can see in the cfg_handler and global_cfg_handler, accessing the config is rather easy either way.

In practice, you would likely send the whole config object not around the world, but in small chunks. For example, the database config might be passed to the database pool for initialization, but the DB pool won’t care about your server port.

You might have noticed that in the global handler, we used CONFIG.job.interval, which is a key we didn’t define initially. That’s the next feature we’ll add to our application: a second, completely separate configuration structure.

Depending on the complexity of your application, it might make sense to have not just one set of configuration files, but multiple sets. They could be differentiated by the domain they handle or the simple fact that some of the config is provided out of the box and some of it needs to be defined by the user.

In any case, it would be nice to be able to use multiple config files, so let’s see if we can make that happen. Luckily, the config crate’s merge functionality is very powerful and essentially lets us nest and merge as much as we want.

Let’s say we want to add some job configuration for our cron jobs. We want that configuration to be JSON and located in a folder called ./configjson.

First, we’ll define configuration files for each of our environments.

Again, we define a default configuration. We can change it, or parts of it, for different environments hierarchically.

Next, we add the fields to the Settings struct.

Finally, we merge it on top of the existing configuration.

Take care with the order of merging. In this case, the configjson config will overwrite anything before it. This is fine for our purposes since it defines new keys anyway.

Let’s give it a spin to see if it works using cargo run and cURL.

First, we’ll use the default configuration (i.e., fall back to Development).

Fantastic — it works exactly as we planned. We can override using the chosen environment and manually using environment variables. Both configuration files work and our values are set correctly.

You can find the full example code on GitHub.

Configuration management is a core concern in any nontrivial web application, and the Rust ecosystem provides everything you need and more.

I have personally used configuration systems in countless languages and frameworks before, and I have to say, the config crate nailed this. The basics are easy to grasp and quick to set up, and the crate offers powerful extension options and great flexibility in terms of file formats and data structures.

Mario Zupan Follow I'm a software developer originally from Graz but living in Vienna, Austria. I previously worked as a fullstack web developer before quitting my job to work as a freelancer and explore open source. Currently, I work at Timeular.
« How to choose the right Rust HTTP client
How to create onboarding screens with React Native ViewPager »