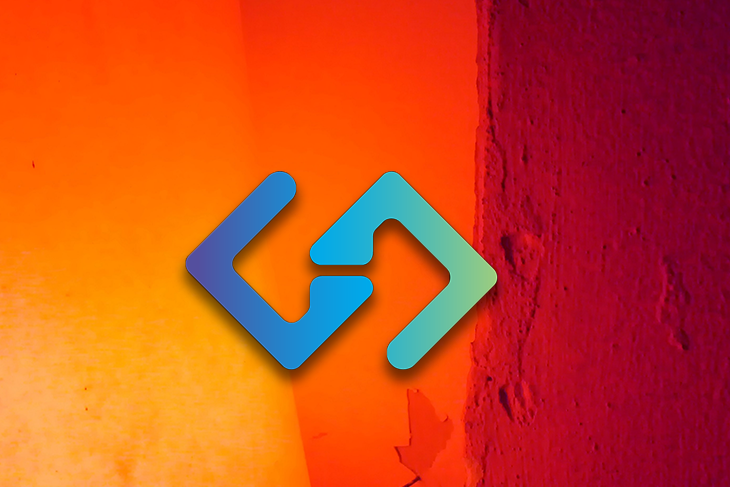 When GitHub Copilot was released to the public in June 2022, developers worldwide were over the moon, mainly because they’d been waiting for this since the preview was launched in 2021. The wait was worth it, as Copilot fulfilled the goal of helping developers code faster while reducing work. It was almost perfect, except for one thing – Copilot isn’t free.

While the paywall is not a deal breaker for most people, it has led to many people seeking an alternative to Copilot. That’s where CodeGeeX comes in. In this article, we’ll dive into CodeGeeX and see why it can serve as a useful replacement for Copilot.

According to its official docs, “CodeGeeX is a large-scale multilingual code generation model with 13 billion parameters pre-trained on a large code corpus of more than 20 programming languages”. Simply put, CodeGeeX is a code generation tool powered by artificial intelligence that helps you write code faster.

CodeGeeX does this by taking your comments and generating code that fits with them or suggesting the next line of code for you based on your previous lines of code.

The Ascend 910 AI processors are protected by the HUAWEI Trademark Policy, but CodeGeeX uses the Apache License 2.0 license to protect its copyright. The Apache license is a free and open source software (FOSS) licensing agreement from the Apache Software Foundation.

In terms of performance and ease of use, CodeGeeX is on par with GitHub Copilot. It even has a few unique features that make it a fantastic alternative, and we’ll look at them below.

The CodeGeeX code generation tool is one of the most incredible things to happen to developers this year. It allows users to generate blocks of code by just inputting what they want as comments. CodeGeeX reads the comments and then generates the code users want, line by line.

CodeGeeX’s generated code is able to be edited, so if you have specific modifications, you can directly edit it. The code generation tool also has a Candidate feature that allows it to generate multiple versions of the same line of code, and then you can choose which one you like: 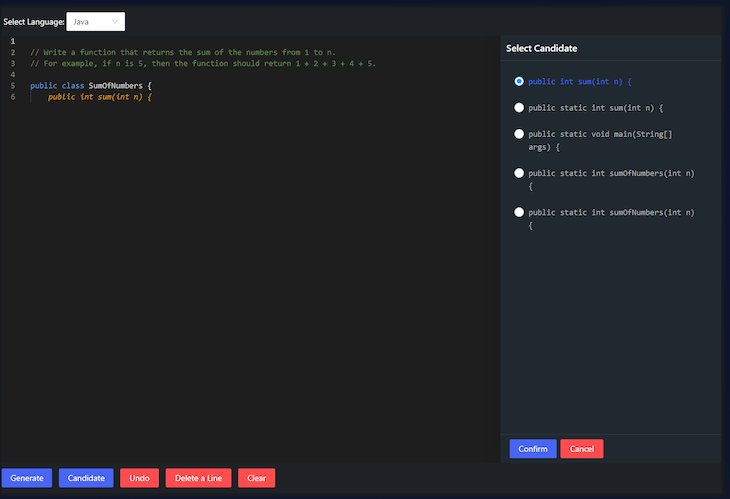 Here’s an example. Let’s say we want to create a JavaScript guessing game with the code generator. All we have to do is input the following comments:

Then, we have to write the first word of the function or name the function whatever we want, and the generator will take care of the rest, just like in the video below:

Here’s the code that was generated by CodeGeeX’s code generation tool using the comments we inputted:

The CodeGeeX code translation tool is a fantastic tool for every developer. As the name suggests, it translates your code from the language you wrote it in into another language of your choice.

To test it out, let’s use the guessing game we generated earlier and translate it from JavaScript to C#:

As you can see, CodeGeex can translate all your code snippets into a different language with a high level of accuracy.

The CodeGeeX extension has three modes.

This mode works in the same way as the code generation tool. It looks at your previous code or code comments and generates the next line of code for you. The best part of this is that it doesn’t interfere with your code. It only suggests code if it’s been 3 seconds since you last typed, and the suggested code is in the form of a placeholder that’s only implemented when you press the tab key. 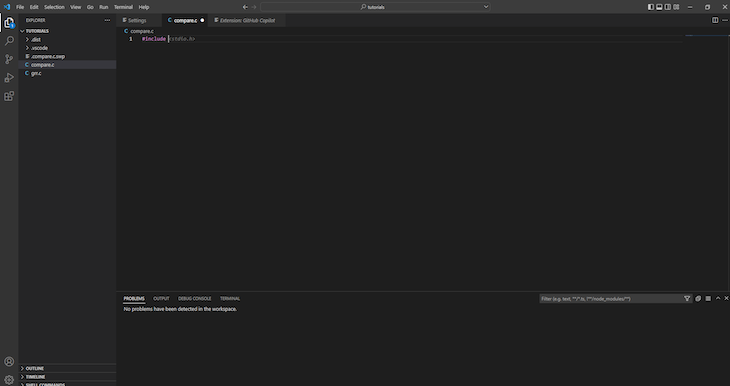 In the picture above, the header file <stdio.h> is generated by CodeGeeX, but it’s only there as a placeholder until I press the tab key. Additionally, the CodeGeeX extension only generates one line at a time, so it’s easy to edit.

The Interactive mode of the CodeGeeX extension also has an element of the code generation tool. To access this mode, press Control+Enter, and your VS code will split into two panes. One pane will be where you write your normal codes, while the other pane will suggest code snippets for you: 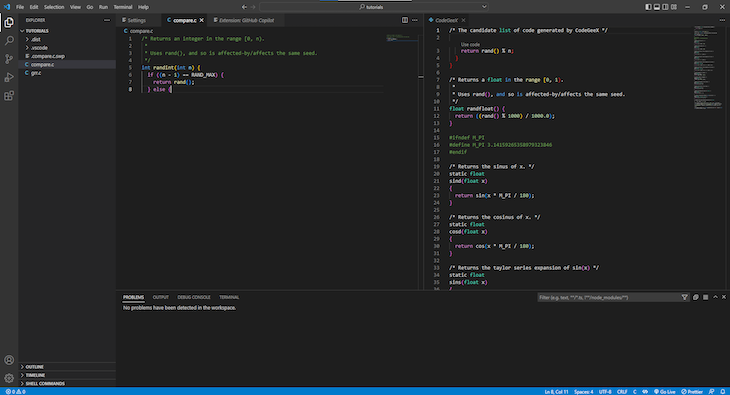 Prompt mode is more advanced than the other CodeGeeX modes, and it gives you access to features like code explanation, code summarization, and even generates code for you with a specific coding style.

To use Prompt mode, you have to highlight the code you want to be explained and press ALT+T to trigger the Prompt mode. If you choose an explanation, it’ll then generate a line-by-line explanation for the highlighted code: 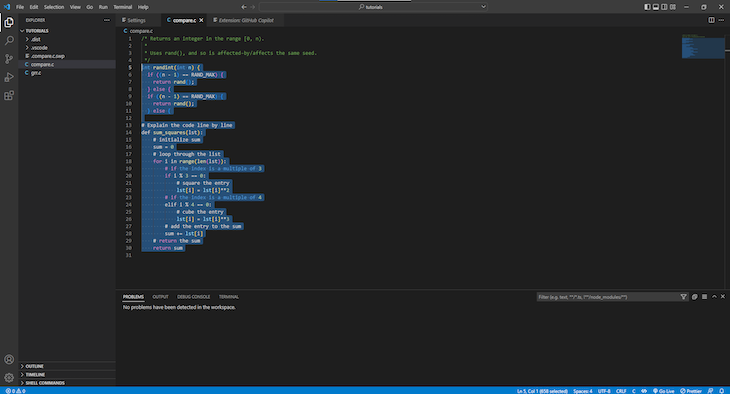 If you’d like to read more on the CodeGeeX VS code extension, here’s a guide for you.

Given the features that CodeGeeX has, coupled with the fact that it’s free, we can all agree that CodeGeeX can indeed stand as a suitable alternative to GitHub Copilot. It’s easy to use, there’s plenty of support, and the AI is smart enough to act as a suitable assistant for your coding. So if you’re still debating whether to use it, give it a go. It won’t cost you a thing.

Fimber Elemuwa Follow I'm a freelance web developer and certified SEO Content writer. I dabble a bit in poetry and I LOVE CHESS.
« 5 delivery metrics you should track (apart from velocity)
Using story points for velocity estimation: Does this really work? »