Understanding the glob pattern in Node.js 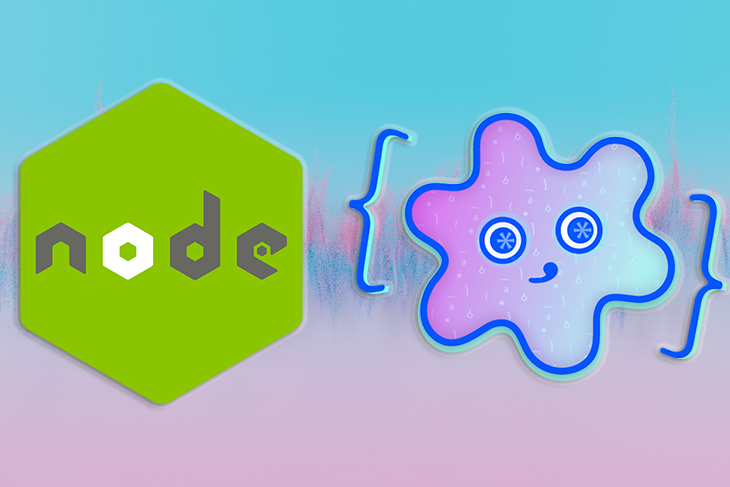 Using characters as placeholders is a common practice in computer programming. If you’ve ever tried adding multiple files with an extension similar to Git to a directory using the git add *.java command, then you’ve used the glob pattern.

In this article, we’ll explore how to use the glob pattern in Node.js to represent or specify filenames and arbitrary strings. To follow along with this tutorial, you’ll need the following:

What is glob matching?

Glob matching, or globbing, is a programming approach that entails using wildcards or glob patterns to specify or match filenames or a set of arbitrary strings.

Compared to the glob pattern, regular expression patterns might be more sophisticated. However, a simplified glob pattern can prove useful in some cases and get the job done.

* is one of the most commonly supported basic wildcard matching patterns across different programming languages. * matches any character zero or more times, excluding /. It also does not match files with dot . at the start of their name unless specified by the programmer using the dotglob common option.

Finally, the [abc] wildcard pattern matches specified characters as defined. In this case, a, b, and c. Now that we have an understanding of what a glob is, let’s learn how to implement globbing in Node.js.

Setting up our project

Next, we’ll install the glob package with the following command:

Your package.json file should look like the image above. Now, let’s write a sample code for using the glob package. Create two files in your Node.js project folder, glob.js and log.js: 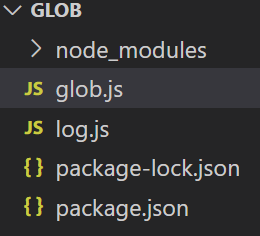 Add the following code in your glob.js file:

In the code above, I imported the glob module, then passed a pattern into the glob function and a callback function that returns the result of the pattern in the function.

When you run the code above, a list of files with the extension .js will be printed:

Depending on the number of .js files you have in your current working directory, your output should look similar to the screenshot above.

Now, let’s see how to navigate the current working directory and subdirectory using the Node.js glob patterns. In the glob.js file where we imported the glob package, write the following code:

The code snippet above will search through the current directory and subdirectory for files ending with .json as their extension, then print them to the console. The output will be an array of files ending with.json. Yours may differ slightly from the image below:

Navigating through the computer directory

Next, we’ll learn to use the Node.js package to navigate through the computer directory. To access the current directory of a Node.js application, we have two options to choose from, process.cwd() and __dirname.

The process.cwd() method lies in the Node.js global object and provides information about the current working directory of a Node.js process. On the other hand, the __dirname variable returns the directory name of the current module or file.

The code snippet below illustrates the difference between process.cwd() and __dirname:

Before you run the code above, navigate a step backwards in your directory with the cd.. command:

The image below shows the outcome of the command:

Go ahead and run your Node.js application with the command below:

The result of running the code above is in the image below:

Now that we understand the difference between process.cwd() and __dirname, let’s use the process.cwd() function with glob. We’ll use the following code snippet for illustration:

The code snippet below illustrates how to use glob and fs in a Node.js application to read files:

The code examines the current folder for files ending with .json, prints a space, reads the content, and finally prints it to the console. If you have the same code as I have, the output should be similar the to the one below: 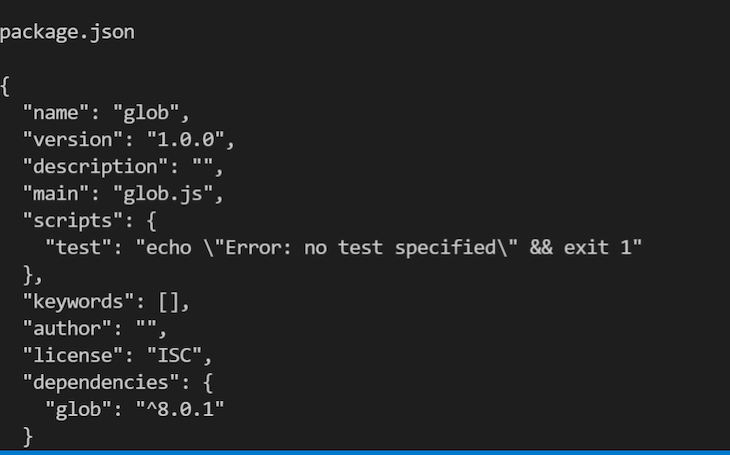 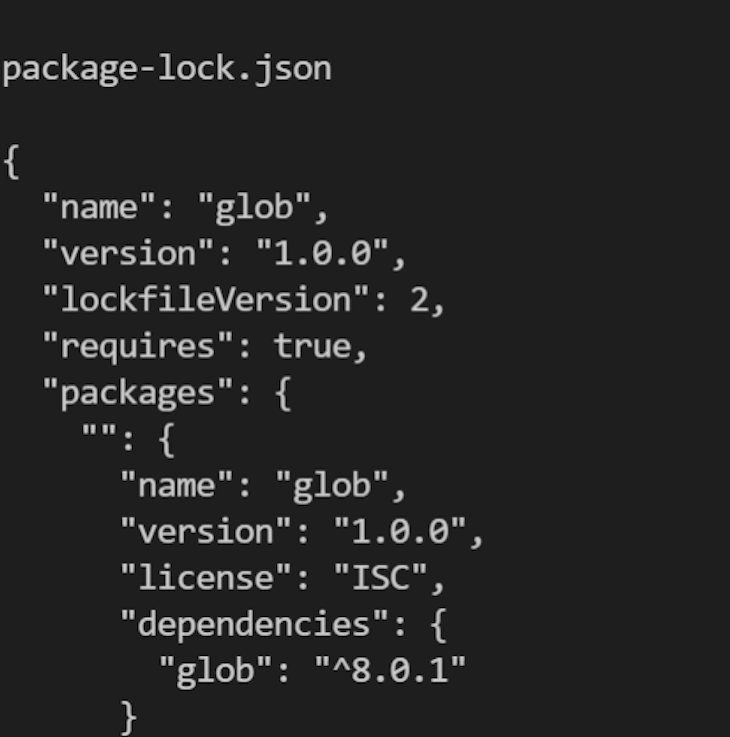 In this tutorial, we covered several of the most common glob patterns including *, **, ? , and finally  [abc], considering the differences between wildcard characters and wildcard matching. We demonstrated how globbing can be used in Node.js applications along with fs, another useful Node.js package, to read files in our application.

We also illustrated how to use the glob pattern to traverse our working directory. The lessons from this tutorial should be enough to get you started using the glob package in Node.js, but be sure to leave a comment if you have any questions. Happy coding!

Frank Joseph Follow I'm an innovative software engineer and technical writer passionate about the developer community. I'm interested in building applications that run on the internet.
« Clipping circles (and more) in Flutter
Using stdout, stdin, and stderr in Node.js »