Using TypeScript with Node.js and Express 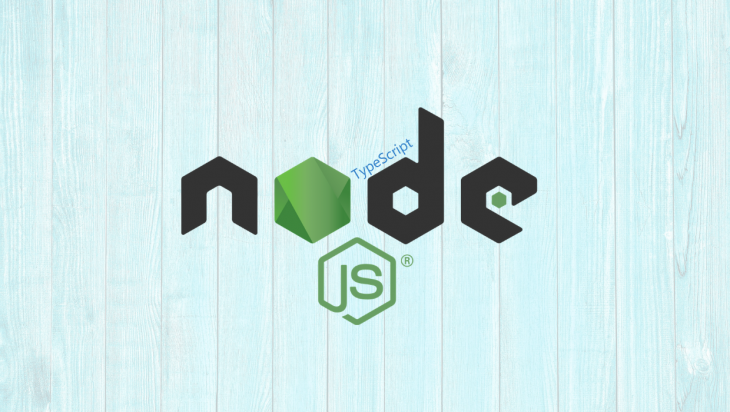 Ease of development is great when you are building a server written in JavaScript using Node.js and Express. What happens when this application server scales or you are working in a team of developers all across the world? TypeScript can help.

In this post, I am not going to talk about whether you should use TypeScript or not. This post describes a beginner-friendly way to set up TypeScript in an Express.js app and understand the basic constraints that come with it.

To take full advantage of this tutorial, please make sure you have the following installed in your local development environment:

Create a minimal server with Express

Start by creating a new directory where you keep your side projects in your local development environment. Inside that directory, use npm’s initializer command to create a package.json file:

The --yes flag uses the default settings when initializing a package.json from npm config you might have set up.

After the initializing step, let us add an express package. From the terminal window, run the command:

Next, create a new file called index.js at the root of the project with the following code to trigger a minimal server:

Go back to the terminal and trigger the common node index.js to start the server. 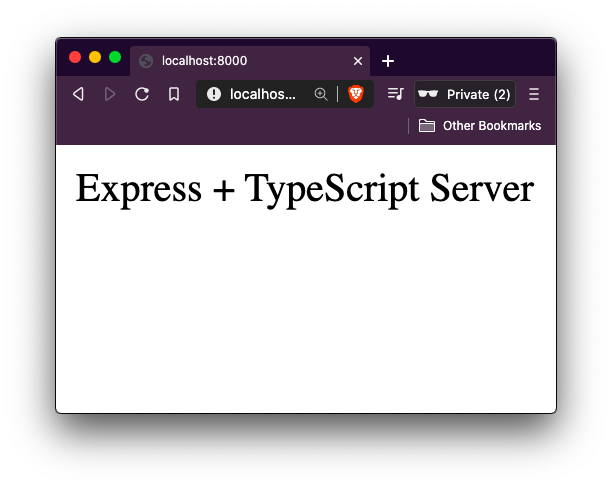 The Express server is now up and running.

Let’s add two libraries to the development server as devDependencies.

To install them, from a terminal window run the following command:

The -D flag is also known as --dev flag and is a specification for the package manager to install these libraries as devDependencies.

Once these libraries are installed, go to the package.json file and see a new devDependencies object:

Next, create a tsconfig.json file at the root of the development server project. This file allows you to customize TypeScript configuration and add other configurations to compile the TypeScript project:

The compilerOptions is a mandatory field that needs to be specified. The options used in the config above are:

There is a GitHub repository that maintains the TypeScript type definitions to use directly in Node.js and other JavaScript projects without bothering to define these types from scratch. This repository is called DefinitelyTyped.

To add these types or the declaration files related to a particular library or a module, you have to look for the packages that start with @types namespace.

For example, the type definitions for Express library is kept under a specific package called @types/express. For using a utility library such as bodyParser (which is a middleware to parse an incoming request’s body), there is a specific type of definition module called @types/body-parser.

Notice the versions of these packages installed in package.json file:

Now you can easily convert the minimal server code in index.js to index.ts file. That is the first step. Rename the file to index.ts.

The .ts extension is a file extension to determine the TypeScript files that are compiled to JavaScript files later when building the server.

Open index.ts file. You can now use the import statements from ES6. The only required package right now in the index.ts file is express. Replace it with the following statement:

The TypeScript compiler will handle the conversion of import statements to require statements.

Another development related utility library I like to use when working on Node.js projects is nodemon. Let’s install this using the command below:

nodemon is a tool that helps develop Node.js based applications by automatically restarting the Node application when file changes in the directory are detected. To use it, you may add a start script in the package.json file as specified below:

Now, go back to the terminal window, and run yarn start or npm start. 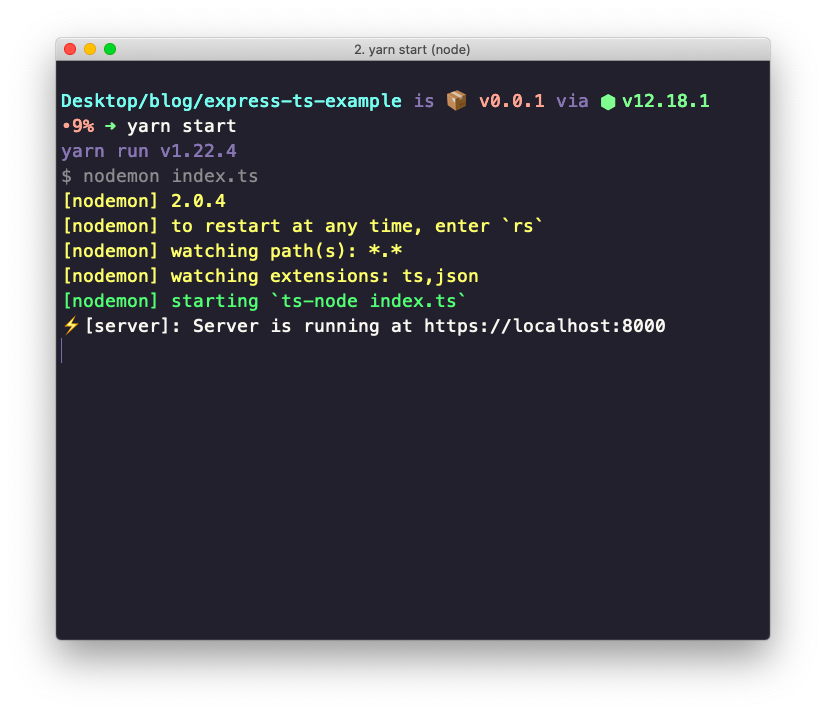 Since there are no errors, the server is successfully running. You can go to the browser window to see the result.

Since nodemon detected changes, let’s try to edit the message sent from res.send() and simultaneously take a look at the terminal to see if nodemon detects any file changes or not.

The ts-node utility checks for any file changes in the current TypeScript project. If there is a TypeScript error, this module will let the nodemon crash the server and instead display that error.

To compile a TypeScript project to a valid JavaScript one, start by declaring a new script called build inside the package.json file:

TypeScript provides a command to compile the code called tsc. This command demands a flag to specify as to what to compile. The --project (shorthand: -p) is used to specify the project directory that the compiler can pick the code files from to compile to valid JavaScript. The ./ specifies the root project.

From the terminal window, run the build command to compile the code:

There is a new build directory created after this command executes successfully. Inside this directory, there is the TypeScript code compiled to valid JavaScript:

If you specify any other directory named as the value of the property outDir in the tsconfig.json file that name of the directory would have reflected here instead of build.

Using TypeScript has its benefits but it does come with a bit of a learning curve. You have to carefully analyze whether using TypeScript in your Node.js and Express.js backend projects is beneficial or not. This may depend on the requirements you have. Make sure to check out the different Typed Definitions or go to the official TypeScript documentation to explore more.

Building an ecommerce storefront with Storefront UI and Tailwind…

8 Replies to “Using TypeScript with Node.js and Express”