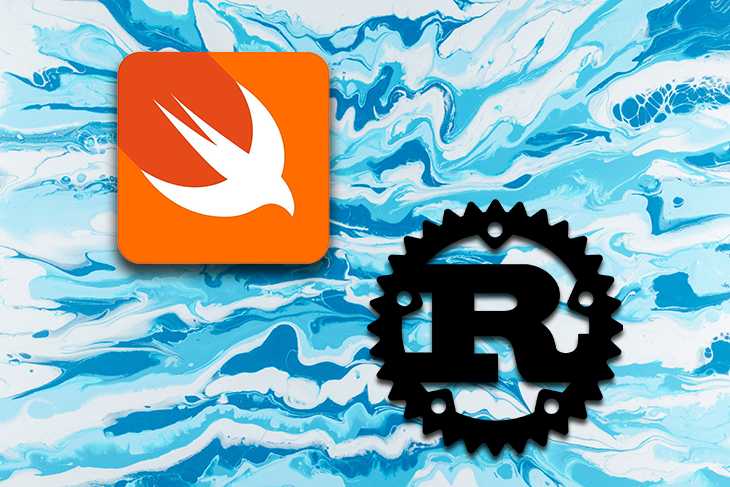 With their diverse use cases, Rust and Swift share numerous similar features. The languages are both general-purpose and provide modern programming features.

While Apple built the Swift programming language to replace Objective-C and the Mozilla Foundation built Rust as a substitute for C++ for writing memory-safe code, the languages have increased in popularity amongst the developer community.

Swift has found a home as a UI tool for iOS and macOS, and Rust is popularly used for applications that require low-level expressivity, like embedded systems programming.

This article compares the Rust and Swift programming languages to give you insights into their use cases, similarities, and features.

Swift’s speed, conciseness, and expressivity are reasons developers choose Swift. Although Swift is cross-platform, Swift is mostly used for building applications that run on macOS, iOS, iPadOS, tvOS, and watchOS.

Swift has eventually replaced its predecessor language, Objective-C, due to its unique features that were a power-up for developers. Swift is also used for scaling cloud services.

The print function prints the specified text or variable to the console.

Below are some of the features that make Swift stand out.

Safety is one of the watchwords in Swift’s design. Unlike its predecessor language, Swift eliminates unsafe code like preinitialized variables, performs overflow checks on arrays and integers, and has a garbage collector that automatically enforces memory safety and common memory mistakes.

Swift’s safety comes at a worthy cost of strictness, but as you write for Swift code, you’ll get accustomed to the experience and appreciate Swift’s safety features.

Swift’s design includes features that provide speed from low-level primitives to classes and generics that combine speed and flexibility.

Expressivity is one of the reasons developers love Swift. The language provides four types of expressions (prefix, infix, primary, and postfix) for various operations.

Features like generics, functional programming functions, easy error handling, and many more features make Swift easier to use than most modern programming languages.

Swift’s elegance ships with many advantages. Let’s talk about some of the reasons developers love Swift.

First, Swift is highly expressive, and its expressivity makes development easier and faster. Since Swift is fast, highly performant, and ensures program safety, it’s a good choice for building applications.

In addition to Swift’s interoperability with its predecessor language (Objective-C) and C++, Swift is a general-purpose language with cross-platform support.

Swift is the default language for building on Apple’s products and devices, and one of the disadvantages of using Swift is the limited support for third-party tools, IDEs, and environments.

Also, since Swift is mainly famous for Apple’s products and operating systems, there’s a finite pool of Swift developers and communities.

Rust has been the most loved programming language in many surveys. Rust has a rich type system, supports programming in functional and object-oriented paradigms, and uses a borrow checker to ensure program memory safety on compile time.

Mozilla built Rust to address C++’s technical debt. Rust is used in most fields where C++ used to be the go-to language like systems programming, server-side programming, cloud development, and use cases where low-level interaction with hardware and speed is essential.

The println macro writes the specified text or variable to the console.

Memory safety is Rust’s main feature. Unlike most languages like Swift and Go which use garbage collectors and C/C++ for express memory management (with algorithms like RAII for memory management), Rust employs a borrow checker to ensure that programs use memory safety. There are no dangling pointers all at compile time before executing the program.

Rust’s memory management model makes the language one of the fastest memory-safe languages desirable for comprehensive use cases.

Rust also supports generics and many other features in modern programming languages.

Rust is as fast as C and C++ — its memory safety and modern programming features, like generics, make the language desirable for building applications that require high performance.

Rust is general-purpose. You can use Rust for many applications, from command-line applications to GUIs, games and gaming engines, web applications (server-side and frontend through web assembly), networking, and embedded systems.

Rust is a relatively new language and the developer pool is limited since Rust is tasking to learn. There are many new concepts in the language. Rust is one of the first languages to implement a borrow checker and since most developers use garbage-collected languages, getting accustomed to memory management in Rust is tasking.

Since Rust uses a borrow checker to enforce memory management before program execution, the process of borrow checking may be longer for more extensive programs, making Rust slow to compile.

Swift and Rust share many similarities in features and design. Both languages aim to build safe programs and use different algorithms/architecture to achieve program safety (Rust and its borrow checker, Swift and its garbage collector).

The two languages are also very expressive. They support generics and programming in multiple programming paradigms and design patterns with Swift’s classes and Rust’s structs.

Nonetheless, the two languages differ in some aspects, which explains why developers use them in contrasting fields.

Here’s a comparison table of the metrics that make up the two languages.

Swift is a high-level language, and unlike Rust, that’s desirable for system applications because of its low-level expressivity.

Practically, there are no fields where these languages compete. There’s hardly any support for building iOS, macOS, and other Apple OS apps with Rust, and most developers use Swift for the sole purpose of building mobile applications, unlike Rust, where the developers are actively exploring use cases for the language with systems programming being the top of the list.

This tutorial taught you about the Swift and Rust programming languages, their features, use cases, pros and cons, and similarities and differences.

Solomon Esenyi Follow Python/Golang developer and Technical Writer with a passion for open-source, cryptography, and serverless technologies.
« Transitioning a React app between light and dark mode in CSS with Theme UI
Building a gaming leaderboard in Flutter »