Run animations in React and React Native from one codebase 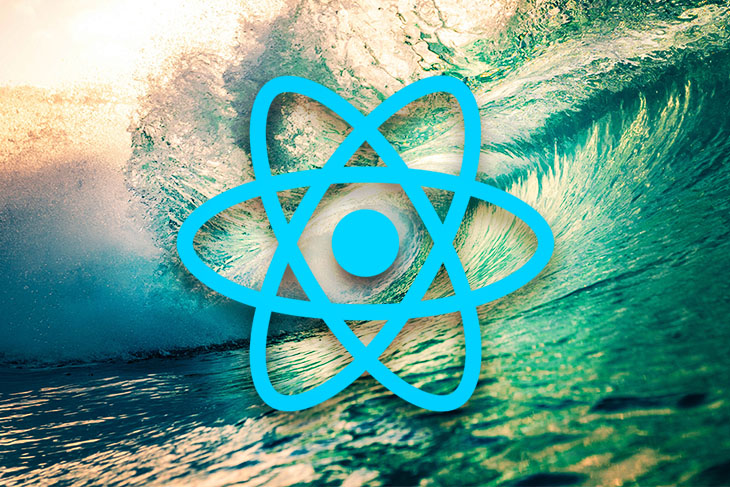 Animations are important to make an app interactive. They make the user feel more connected with the app.

With React Native gaining momentum, a lot of products are either built with React Native or have migrated to it. However, while code for webpages can be reused in mobile apps in some cases, a major problem is that animations often cannot carry over, as the APIs are completely different.

In this article, we will learn how to leverage React Native file resolution and react-spring (an animation library) to write a single codebase that runs animations in both React and React Native.

We will start by learning about React Native file resolution and react-spring, and continue by building a very basic sample app. In this sample app, we will write one code which will work both in React on the web, and React Native in mobile apps.

React Native has an efficient file resolution system that lets us write platform-specific or native-specific code. It will detect when a file has a .ios.js or .android.js extension and load the relevant platform(Android/iOS) file when required from other components. This way we can write two different pieces of code or components for two different platforms.

This gives us the power to build easily maintainable apps and reuse a lot of code across platforms.

Consider a folder of the below structure:

Let’s assume we are using the TestComponent component in the App component as follows:

We will leverage this aspect of the file resolution to write a single animation code for both platforms.

React-spring is a spring physics-based animation library that should cover most of your UI-related animation needs. It gives you tools flexible enough to confidently cast your ideas into moving interfaces.

React-spring is a bridge between the two existing React animation libraries: React Motion and Animated. It inherits Animated’s powerful interpolations and performance, as well as React Motion’s ease of use.

The main advantage of react-spring over other animation libraries is its ability to apply animations without relying on React to render updates frame by frame. Animations are based on physics.

There is no need (unless you do so intentionally) to customize duration or easing. It means your animations can handle interruptions and changes pretty seamlessly. The result is smooth, soft, and natural-looking animations.

React-spring is also a cross-platform animation library. It has similar implementations for web, React Native, and other platforms, but as different packages. We can pick the right module based on our requirements. However, they share the same APIs for all platforms. This helps us use react-spring to achieve our goal of one code for all platforms.

We will use the useSpring hook for the sample app we are going to build in this article. useSpring turns values into animated values by either overwriting values to change the animation or updating the values dynamically by passing a callback function using the API.

Let us use the above concepts we just learned and build a sample app. This sample app will use React for the web, React Native for mobile apps, and react-spring for animation. Functionally it will be a very simple app wherein a text will appear and zoom in on load of the application, both in mobile apps and on the web.

However, we will have to first create the basic building blocks for this app to work. You can manually configure Metro bundler and webpack or use the existing starter kits.

I have used expo and create-react-app merged into single project. The complete working version of the app can be found here.

We have two components here: Box and Text. Both components leverage file resolution in React Native, which enables us to write single component that works for both platforms.

In web, we use div or section as containers. However, React Native doesn’t support these elements and uses the View component as a container instead. Our aim is to write one code for all platforms, hence we will create this Box component to translate to div or View based on the platform.

Considering the file resolution of React Native, we will create two files for the Box components:

The Box.js file will be used by the web platform and is just an alias for a div. This will export the div element like so:

The Box.native.js file will be used by the React Native platform. We import the View component from React Native and export it from the file like so:

We create a common index.js file, so it’s easy and more readable to import and use the Box component in other files. If you see here, we don’t explicitly mention whether Box is imported from .js or .native.js file.

We let the bundlers decide, and just export the component in index.js file, so it can be used by other components:

We will create two files for the Text component:

The Text.js file will be used by the web platform and is just an alias for p. This will export the p element like so:

The Text.native.js file will be used by the React Native platform. We import the Text component from React Native and export it from the file here:

Like the Box component, we create a common index.js file here as well. This makes it easy and more readable to import, and to use the Text component in other files:

Now that we have the basic building blocks of the Box and Text components, we can go ahead and build the sample app.

Let’s create a new component, App.js, which will use Box as container and Text to display our title: React Spring Animation. We can also add some styling to the component.

The above code creates the same text for both mobile and web, which you can see in the screenshot below. Under the hood, the code is bundled before being executed in any platform.

When webpack bundles the code for web, it uses the Box.js and Text.js files, adds a div element and p element with the text React Spring Animation to the App component, and runs it on the browser.

However, Metro bundles Box.native.js and Text.native.js files and adds View and Text components from React Native into the App component. This gives intended result in mobile apps as well.

So far, this is what our app looks like on mobile and on the web:

First, install react-spring as dependency to the project:

We will structure it similarly to our Box and Text components, thereby using the right hooks and APIs based on each platform.

Considering the facts, we will build an Animated component which will help us write single animation for multiple platforms.

Lets add a new component folder as below:

This Animated component will import useSpring from either react-spring or react-spring/native based on the platform.

We will create two files for the Animated component:

The Animated.js file will be used by the web platform and will import useSpring and animated from react-spring and export it:

The Animated.native.js file will be used by the React Native platform and will import useSpring and animated from react-spring/native and export it:

Now, let’s use the Animated component in App.js to animate the text.

Import useSpring and animated from the Animated component:

Create the animation, which is very similar to the CSS keyframe animation, using the useSpring function.

Keyframes in CSS control the intermediate steps in a CSS animation sequence by defining styles for keyframes (or waypoints) along the animation sequence. Hence, we can determine the style of an element during different phases of an animation.

useSpring works exactly same. You can define how certain styles should look like during the start and end of animations using the from and to properties respectively:

Finally, pass the styles to the style attribute of AnimatedText component:

Putting everything together, App.js should look like the following:

The above code adds a “zoom in” animation to the text for both web and mobile (via React Native).

You can see how it looks in the gifs below:

Using the above technique, we can create almost any animation only once and reuse it across web and mobile platforms. This enables quick prototyping and easy maintenance. It also facilitates consistent behavior of features across platforms.

Unfortunately, this technique comes with a small caveat: only CSS properties that are supported by both React and React Native can be animated this way. Anything that involves other CSS properties should still maintain two versions of code for both platforms.

Vilva Athiban P B Follow JavaScript developer. React, Node, GraphQL. Trying to make the web a better place to browse.
« A guide to CSS animations using clip-path()
Getting started with the Notion API »