Arjuna Sky Kok Follow I'm a software engineer, a Youtuber, and a writer. I build PredictSalary, SailorCoin, and Pembangun.

Getting started with result builders in Swift 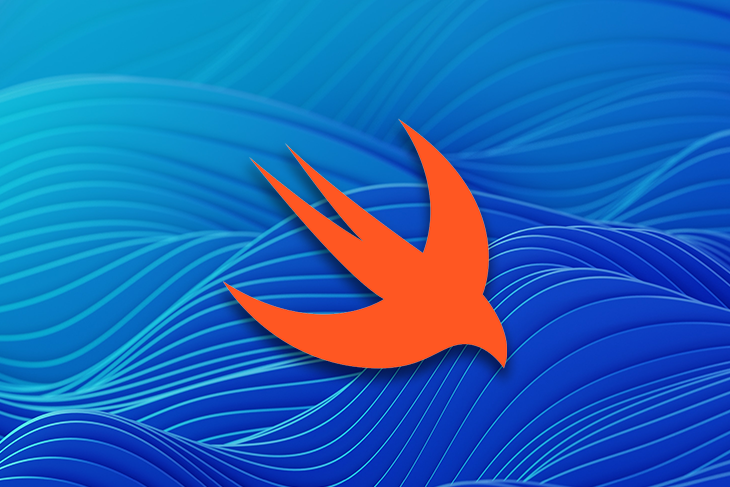 The iOS software engineers who use SwiftUI should be familiar with this syntax:

Inside the block, there are three statements, which are part of VStack. These statements are only separated by newlines.

Essentially, this code is telling you that you have a vertical stack (VStack) that is composed of three stacked components, consisting of an image (Image), a text (Text), and another text (Text).

Did you know that you can also use this syntax in regular Swift code, not just in SwiftUI?

This syntax is called result builders, previously known as function builders. Result builders have been a part of Swift since v5.4, which means that you can use this feature in Linux. In this article, we will explore how to write result builders with the buildBlock function, as well as more advanced functions, like buildOptional, buildArray, and buildExpression.

The importance of result builders

For example, instead of using a VStack that accepts components that will be stacked vertically, you can try to create a simple function that accepts string components that will be joined together. Say you feed the function: "Hello World!", "Hello LogRocket!", "Hello Swift!". It will give you this result: "Hello World!, Hello LogRocket!, Hello Swift!".

How are you going to do this? A simple way would be to create a function that accepts components:

Then, you could invoke this function:

It works well, but it doesn’t look very clean. Even if you split the arguments by line, it still looks ugly:

The comma ruins everything! But it’s not just the annoying comma that we want to get rid of. There’s also another factor.

Say you combine these three strings with a comma but you want to have the option to change it to something else. You can modify the function:

But when you execute this, the problem becomes obvious:

If you were using result builders, you could do this:

The separation of goals between the separator and the string components becomes crystal clear. The separator argument is not lumped together with the strings that you want to join.

Setting up the Playground on XCode

Open XCode. Then create a Swift Playground app. After doing that, navigate to File in the menu and click on New > Playground…. Give it the name ResultBuildersPlayground. You’ll be greeted with the default code that imports UIKit and declares the variable greeting. Then, empty the code.

However, because the result builders feature on Swift doesn’t depend on iOS or Mac, you don’t have to use XCode. You can use Swift on Linux or even an online Swift compiler, like SwiftFiddle.

Building a result builder with buildBlock

Continuing from our last example, say you want to convert the StringStack method into the declarative code. Add the following code to the Playground:

Just now, you created a class containing the buildBlock static method and annotated it with @resultBuilder. Inside buildBlock, you added the function to combine the strings. ConvertFunctionToResultBuilder didn’t have to be a class — it could be an enum or a struct. But inside the class/enum/struct, there must be a static method called buildBlock.

Next, you can create the declarative code as you would in SwiftUI:

Now, that’s more like it. One last step before you can see the result in its full glory!

Finally, you can compile the code and run it. This is the result:

All is well! Except, if you look at the implementation of the combining string operation, you can only accept three components. We want to be more flexible.

You can use variadic arguments to achieve this. Change the buildBlock method to something like this:

Then add another string to MyFirstDeclarativeCode:

Recompile the code and run it to get this result:

The contents inside the block don’t have to be simple like a string. They can be an if condition, meaning the element can show up depending on a variable or a condition.

Suppose you want to create a breakfast for a guest in your hotel. You can create a result builder for this purpose:

Notice that there is another static function called buildOptional beside the required buildBlock.

You can create another function that will display the real breakfast:

You can execute it with different conditions:

The breakfast will be different depending on whether you want to include a drink or not:

Using buildEither to build the if condition

With buildOptional, you have an if condition without an alternative branch or the else condition. But with buildEither, you can have that.

You can use the same example but this time with buildEither:

So instead of buildOptional, you added buildEither but you needed two of these functions, not just one. Remember you will have an if condition and an else condition in a block in a result builder function.

Then you can annotate the function with this result builder:

This is the result:

Remember that the second buildEither appends the argument with with sugar.

Using buildArray to use arrays

You use strings in the block of a function that has been annotated with a result builder. But wouldn’t it be nice if you could use an array of strings as well? For example, you might want to group food and drinks together.

This is where buildArray comes in handy.

This time, add buildArray, which accepts an array and returns a String, the same type as the argument that buildBlock accepts. The returned result will be sent to buildBlock later.

Now, add the function that will be annotated with this result builder:

To pass an array argument in the block, you don’t pass a literal array, but you create a for-loop statement. In each iteration, add an element of an array. In this case, it’s a string. Later, all of these strings will be put in an array and sent to buildArray.

Then you need to execute this function:

The result shows the concatenated string from buildArray:

Using buildExpression to accept different elements in a block

In all of our previous examples, we used String-typed elements in a block. But what if you want to use another type of element along with the string? You can handle different kinds of elements by using buildExpression in a block.

As usual, create a result builder:

You added two buildExpressions. One is for String, and it just returns the argument as it is. But the second buildExpression is more interesting because it accepts an integer. Then it interpolates the integer argument inside a string.

Now, it’s time to create a function that accepts strings and an integer:

The result is as expected:

In this article, we used the result builders feature that can make your code declarative like the code in SwiftUI. We explored the reason why we use result builders, which is to make the code look cleaner. Then, we used @resultBuilder to create a result builder with the buildBlock static method to define the implementation of a block. Finally, we learned other block builder methods like buildOptional, buildEither, buildArray, and buildExpressions to create more advanced blocks.

Arjuna Sky Kok Follow I'm a software engineer, a Youtuber, and a writer. I build PredictSalary, SailorCoin, and Pembangun.
« Product discovery vs. delivery: How to uncover what your users need
Using Outstatic for Next.js static site management »