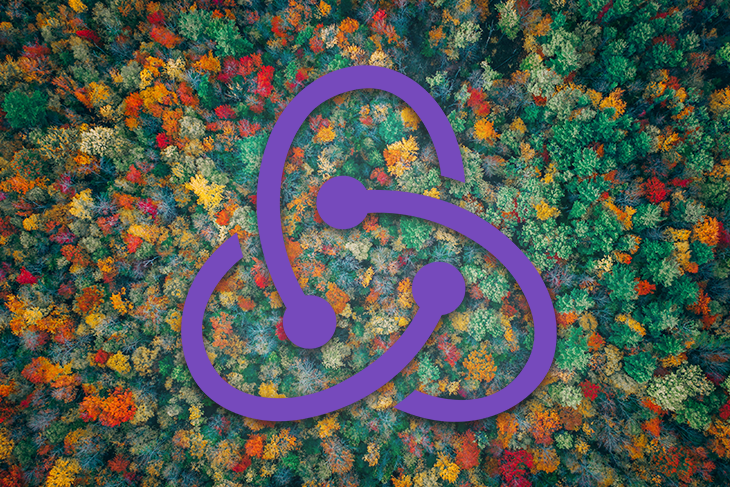 Editor’s note: This article was updated on 23 June, 2022 to reflect more accurate information about Redux Thunk, as brought to our attention in the comments section by Redux maintainer Mark Erikson.

Redux is one of the most popular state management libraries in JavaScript, especially among React developers. It makes managing complex UI states easier. Redux reducers, the main building blocks of Redux, are pure functions by design. You initiate state updates by dispatching simple synchronous actions with plain vanilla Redux.

Since Redux Toolkit (RTK) became the de facto toolset for writing modern Redux code, it is accurate to say that Redux Thunk also became the default middleware, because it is part of RTK by default. However, you can use a different middleware library if the default doesn’t meet your use case.

Despite its simplicity, thunks have limitations. One of the most cited limitations is the inability to run code in response to dispatched actions or state updates. Doing so requires writing custom middleware or using more powerful middleware libraries like Redux-Saga. Thunks are also relatively difficult to test.

As mentioned above, the Redux maintainers mooted the new listener middleware functionality to enhance the capability of RTK and offer an in-house solution to most of the use cases covered by Sagas. It has finally landed in RTK v1.8.0 after endless iterations. The middleware’s primary functionality is let users respond to dispatched actions, or run code in response to state updates.

According to the maintainers, the listener middleware is conceptually similar to React’s useEffect hook. The useEffect hook is for running side effects in React functional components. It runs immediately on component mount and on subsequent re-renders when one of its dependencies has changed.

Similarly, you have absolute control over when a listener runs. You can register a listener to run when some actions are dispatched, on every state update, or after meeting certain conditions. To use the listener middleware, import the createListenerMiddleware function like any other RTK functionality. It is available in RTK v1.8.0 or later.

In the listener’s effect callback, you can perform side effects, cancel running listener instances, spawn child processes, dispatch actions, and access the state.

If you want to remove or add the listener dynamically at runtime, you can dispatch standard built-in actions. When registering the listener callback, you can specify when it will run strictly using one of the following properties:

The properties outlined above belong to the object you pass to the startListening function when adding a listener to the middleware.

Redux-Saga is one of the popular middleware libraries for Redux. It makes working with asynchronous operations and side effects a lot easier. Unlike other libraries like Redux Thunk, Redux-Saga uses ES6 generators. Therefore, you should be knowledgeable in ES6 generators to implement Sagas correctly.

Invoking the next method will execute the function body until it encounters the first yield keyword. It pauses execution and returns an object with the properties value and done. The value property holds the value yielded, and done is a boolean specifying whether all the values have been yielded.

Invoking next again will resume function execution until it encounters the next yield. It again pauses execution and returns an object with the properties value and done like before. This process continues as you continue invoking next.

The code below is a simple illustration of how you can implement watcher and worker Sagas:

The functions call, put, and takeEvery are helper effects and are part of the Redux-Saga API. Check the documentation for more on how they work.

The watcher``Saga Generator function runs for every dispatch of the specified action. In the worker Saga, you can run side effects, access state, dispatch actions, and cancel running processes.

If you are using Redux-Saga with RTK, you can add it to the middleware list like any other middleware:

Before we get started, it is worth mentioning that the listener middleware’s effect callback runs after invoking the root reducer and updating state. Therefore, if your goal is to strictly update state from the effects callback, dispatch an action that will trigger the effect without updating the state. After that, you can run some side effect logic and dispatch another action to update state from within the effect callback.

Redux-Saga also has a delay function, similar to the delay function of the listener middleware. It takes the number of milliseconds as an argument and delays for the specified duration.

Below is the equivalent implementation of the above functionality in Redux-Saga:

The listener middleware doesn’t have built-in functionality for debouncing like Redux-Saga. However, you can use functions such as cancelActiveListeners and delay to implement similar functionality. They are part of the listener API object.

Invoking cancelActiveListeners will cancel all other running instances of a listener except the one that invoked it. You can then delay execution for a specific duration. The latest listener instance will run to completion when there isn’t any related action dispatch or state update during the delay:

The above listener middleware implementation is similar to the built-in debounce function in Redux-Saga:

Like debouncing, the listener middleware doesn’t have a built-in function for throttling like Redux-Saga. However, you can use the subscribe, delay, and unsubscribe functions of the listener API object to implement similar functionality. Unsubscribing a listener will remove it from the list of listeners.

You can then use the delay function to delay execution for a specific duration. During the delay, the middleware will ignore all action dispatches or state updates that are supposed to trigger the effect callback. You can re-subscribe the listener after that:

You need to call getOriginalState synchronously otherwise it will throw an error.

The above implementation in the listener middleware is similar to the built-in throttle function in Redux-Saga:

In the introduction to the new listener middleware section, I mentioned that you can specify when the effect callback will trigger in one of four ways. You can use either the action type, actionCreator, matcher, or predicate property of the object you pass to the startListening function.

If you want to create a one-shot listener with the new listener middleware, you can use the unsubscribe function to remove the listener from the middleware after running some code. Therefore, future dispatches of the same action won’t trigger the effect callback:

The above functionality is equivalent to using the take helper effect to specify which action dispatch to watch in Redux-Saga:

The above Saga will strictly take the first dispatch of the specified action and stop watching after that. Though the above example only takes the first dispatch, you can modify it to watch as many dispatches as you want.

It is possible to launch child tasks in the listener callback using the listener API’s fork function. The function fork takes an asynchronous or synchronous function as an argument. You can use it to execute additional tasks within the effect callback:

The above listener middleware functionality is similar to running additional tasks in Redux-Saga with either the fork or spawn helper effect. The fork effect creates attached task while spawn creates detached task:

For multiple running instances of the same listener, the listener middleware provides the cancelActiveListeners utility function for canceling the other instances in the effect callback. As a result, the callback runs for the latest dispatch:

Please note that bundle sizes from bundlephobia may not be precise, however, they do give you an idea of how the two packages compare.

Despite being powerful, one of the most cited downsides of using Redux-Saga is its steep learning curve, especially if you are unfamiliar with generators and Sagas.

Unlike Redux-Saga, the new listener middleware exposes a minimal set of functionalities you can learn very fast. You can then use them flexibly to replicate some of the common Redux-Saga use cases as illustrated in the previous sub-sections.

One of the benefits of using Redux-Saga over its contemporaries like Thunks is that Redux-Saga’s generator functions and the built-in helper effects make testing some of the common patterns straightforward.

The listener middleware vs. Redux Thunk: Which should you use and when?

Thanks to Mark Erikson, one of the core maintainers of RTK, for highlighting in the comments section below that you can use RTK Query for data fetching, Thunks for logic that requires talking to the store, and listeners if your code needs to react to actions or state changes. If the default functionalities in RTK do not meet your use case, you can reach for Sagas as a last resort.

Overall, the new listener middleware is a simpler and lightweight alternative to Redux-Saga, and picking it up is straightforward. Unless you maintain a codebase that relies heavily on Redux-Saga, it is worth exploring. If it doesn’t meet your use case, you can use Redux-Saga or another middleware with great results.

Though the listener middleware is the missing functionality for RTK to offer in-house solutions to most of the problems Redux-Saga seems to solve, it doesn’t mean that it covers all use cases.

It is also worth mentioning that this article made a basic comparison. We may not know the true power or limitations of the listener middleware until it has been used extensively in production, even though many devs are already using it creatively to solve problems.

If there is anything I have missed, do let me know in the comments section below.