Popoola Temitope Follow I'm a software developer and technical writer. I love learning about new technology and am always ready to share ideas with others.

How to place React useReducer Hooks into web workers 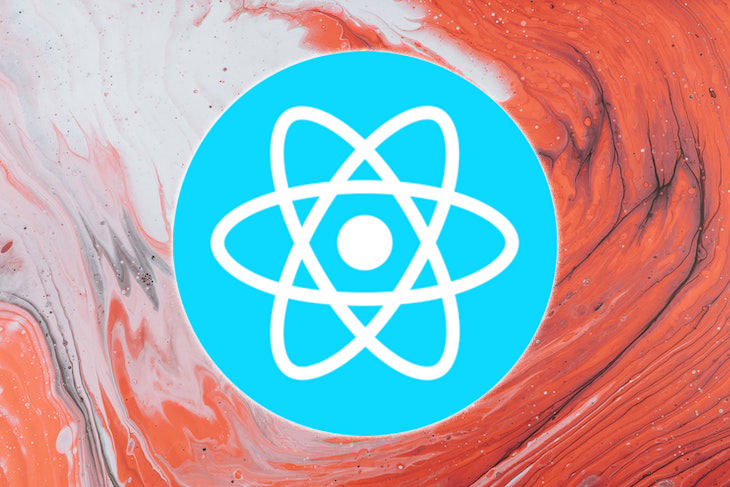 When a web page loads, it becomes unresponsive until all of the resources load completely. When the resource is loading, users may be unable to perform certain functions on the page, like clicking, selecting, or dragging elements. web workers help us to solve this problem, making our application dynamic so it loads faster.

What is a web worker?

A web worker is a JavaScript script that runs in the background without interfering with the execution of other scripts.

Because JavaScript is a single-threaded language, it cannot run several scripts at the same time, which is an issue for running large computation scripts. web workers help load heavy computation scripts in the background without affecting the performance of the page.

The worker constructor accepts two parameters; the first is the worker file name, and the second is the worker type. The type worker can either be classic or module. If the type is not specified, the default type will be classic.

In this tutorial, we’ll use the module type because the reducer can only be used inside a component. To use the import function inside the web worker component, we must add the import.meta.url to the URL constructor. We’ll demonstrate this later in the tutorial.

What is the useReducer Hook?

useReducer is an additional React Hook that is used to store and update states. It accepts three parameters, reducer, initial state, and as the last parameter, initial function, which is optional:

useReducer returns an array containing the current state value, as well as a dispatch function to which you can supply an action to be executed.

A reducer is a function that accepts two parameters, the current state and an action object. It uses the action it receives to determine the change in state and return the new state.

The code below demonstrates how reducer function can be use to change state:

An action is a type of object that instructs the reducer on how to change the state. It must have a type property. The action type can be used in a conditional statement to make decisions on how the state changes, as shown in the code block above.

To make the reducer run in a web worker, we have to use useWorkerizedReducer.

useWorkerizedReducer is similar to useReducer, except it allows the reducer to execute in a worker, allowing us to create a dynamic React application.

To learn how to place Reducer in a web worker, let’s create a simple counter program that will return whenever the current state is changed. To create the new program, open the command line and enter the following commands: 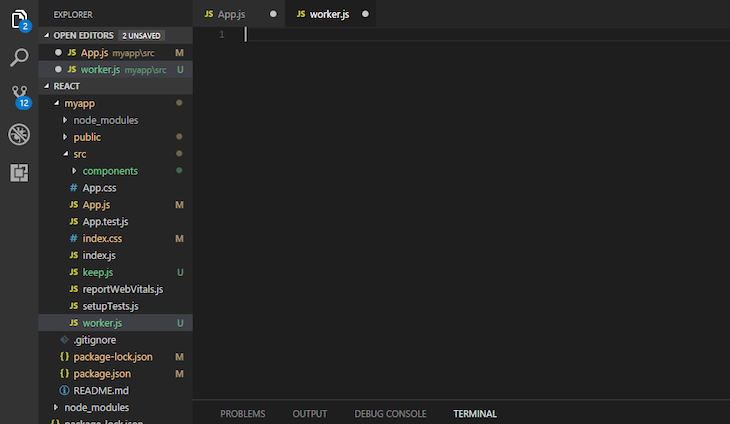 Now that we’ve created the worker.js file, let’s add the reducer code below inside it:

The initWorkerizedReducer() takes two parameters; the first is the reducer name(counter), and async function is the second.

Now that we have the worker.js file ready, we need to import useWorkerizedReducer from use-workerized-reducer/react, which gives us access to call the reducer function from the worker file:

The useWorkerizedReducer function takes three parameters and returns a single value. The current state is the first parameter, the action is the second, and initial state is the third parameter. The data we’re working with is the state. A dispatch function executes an action that is passed to the reducer function.

Busy will remain true until the worker’s initial state counter has been successfully replicated to the worker. After that, Busy returns true if actions are still being processed and false otherwise.

The initial state is { counter: 0 }. When the increment action type is dispatched, we simply set count {state.count + 1} to increment the state.

In this article, we covered a quick overview of web workers and useReducer as an additional Hook in React, as well as how to construct and add web worker files to your React applications.

I hope you enjoyed this article! Be sure to leave a comment if you have any questions. Happy coding!

Popoola Temitope Follow I'm a software developer and technical writer. I love learning about new technology and am always ready to share ideas with others.
« How to accelerate web app deployment with Nginx
Type annotations (aka, types as comments): Strong types, weakly held »