Immer and Immutable.js: How do they compare? 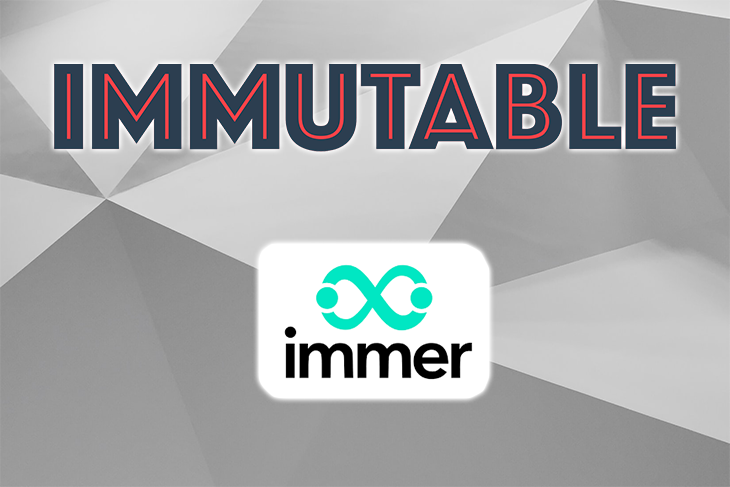 Immutability is not a new concept in programming. It serves as the basis for programming paradigms, such as pure functional programming. The whole idea is to avoid direct change to data after it has been created.

Below is a breakdown of what we’re going to discuss in this article:

JavaScript primitives like strings and numbers are known to be immutable. This is true because strings, for instance, can’t be changed by any method or operation. You can only create new strings.

Let’s consider the variable below:

You could argue that the data is mutable because the name variable was reassigned to another string, but this is not the case.

Even though variables may be reassigned, the immutable data still remains the same.

We’ve established from the example above that primitives are immutable, but that isn’t the end of the story. There are data structures in JavaScript that are mutable. One of them is arrays.

To demonstrate this, let’s declare a variable and set its value to be an empty array as shown below:

We can easily update the content of the above array by using the .push() function:

This will add the data, 2, to the end of the array, altering the original array that we previously had.

Intro to the Immer and Immutable.js libraries

JavaScript wasn’t written for its data to be exclusively immutable, but there are instances where you need an immutable array or map to easily keep track or keep a record of changes in a data set.

Immer is one of the many immutability libraries out there that you can use in your application. According to its official website, Immer is based on the copy-on-write mechanism. The whole idea revolves around applying changes to a temporary draftState, which serves as a proxy to the current state. Immer will let you easily interact with your data while keeping all the benefits that come with immutability.

To use Immer instantly in your application use the following command:

With Immer, most immutability works are done with the help of a default function:

This function takes in the currentState and draftState and updates the nextState to reflect changes made to the draftState.

New data can be added to the state using the Immer default function, as follows:

The baseState in this case stays untouched, while the nextState would be updated to reflect changes made to draftState. You can learn more about Immer from its official website here.

Immutable.js is another option to consider when looking for an immutability library. Immutable.js serves the same purpose as Immer, but it takes a different approach. It provides you with an API for data structures like maps and lists.

Immutable.js can be installed using npm:

We can perform mapping operations with Immutable.js by requiring map from the installed package and making use of it, like this:

From the example above, our object { a: 1, b: 2, c: 3 } is wrapped with the Map() function. we went on to perform get and set operations on it while keeping the data Immutable.

In addition to objects, we can create immutable arrays using the List function as shown below:

The above is an array implementation in Immutable.js using the List function.

fromJS function helps bypass the need for wrapping our objects and arrays with Map({}) and List([]) functions by converting them directly into immutable data.

The above converts the array directly into immutable data.

Immer v. Immutable.js: Which should you choose?

Now here is the big question: which should you choose between these two libraries? To start, let’s list out the benefits and downsides to these libraries individually. We’ll start with Immer.

Benefits that comes with Immer

There are lots of benefits that come with using Immer as opposed to making use of other libraries like Immutable.js. Some of these include:

Downsides to Immer as a library

There are a couple things that make using Immer difficult. For one thing, you need an environment that supports proxy objects to use Immer. Also, Immer does not provide support for complex object types like class instance.

Benefits that comes with Immutable.js

Just like Immer, Immutable.js has its benefits. Some of them includes:

Though Immutable.js is fast at writing data, it is much slower when performing read operations.

Also, Immutable.js forces you to learn new and sometimes complex syntax and APIs just to perform basic operations. For instance, adding an extra data to an array will require the use of a .set() method, which isn’t traditional for JavaScript.

Immutable.js also forces you to use a unique construction type everywhere in your application. This means that for every immutable collection that you construct, you must make use of the appropriate Immutable.js collection rather than the traditional ones. This can cause a lot of stress, especially when migrating your code to another codebase that doesn’t use these collections.

Immer, on the other hand, offers roughly the same thing with much more flexibility. This is why many developers stick with it. It lets you create collections with classical objects that you’re already used to.

If you need faster writing speed in your application, you can go for Immutable.js. On the other hand, if you want to write less code while sticking with traditional JavaScript data structures and object types, then Immer is for you.

Overall, both Immer and Immutable.js are great libraries that you should try using in your application.