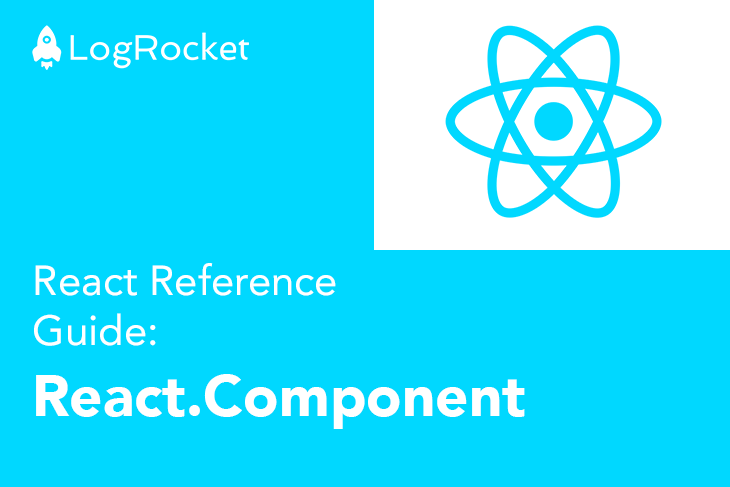 The component lifecycle in a class component can be defined as a collection of methods that can be accessed to run some code during various stages of the component itself.

The component lifecycle methods can be grouped into three phases:

Updates to the virtual DOM tell React to compare the current version of the virtual DOM to the previous version. Once React knows which virtual DOM objects have changed, React then updates only those objects in the real DOM using ReactDOM. For example:

The mounting phase is the process of creating instances and DOM nodes corresponding to React components and inserting them into the DOM.

The following are the lifecycle methods available in the mounting phase, called in this order:

When a component is added to the DOM — i.e., the mounting process — that component is still stored in the memory so that React is aware whenever the state changes. The updating phase can be defined when React detects changes to a component’s state or props and re-renders it.

The following are the lifecycle methods available in the updating phase, called in this order:

The unmounting phase is when components that are no longer needed are destroyed/removed from the DOM. This phase is particularly useful for performing cleanup actions such as removing event listeners, canceling network requests, or cleaning up previous subscriptions.

The following is the one lifecycle method available in the unmounting phase:

You can check out this interactive and accessible diagram that explains when each lifecycle method is called.

Ready for a look under the hood? Take a deep dive into React’s call order post-Hooks.

Next, we’ll review the various lifecycle methods available to a React class component.

The constructor for a React component is called before it is mounted.

Code that you want to run when the component is being initialized should be placed here, and that could be initializing local state or binding event handlers.

Even though you can initialize the state in a constructor, you should not call the setState() function in it.

It’s important to add the super(props) line in every constructor method before any other line because it assigns the this value to the props. This is because, by definition, the super() function refers to the parent class constructor, which, in this case, is React.Component.

Note: You don’t need to implement a constructor for your class component if you don’t initialize a state or bind methods.

The render() method returns any of the following:

If you need to modify the state of the component, that can be done in componentDidMount() or in other lifecycles.

The setState() function is used to update the state of a component and inform React that the component needs to be re-rendered with the updated state. Using setState() is the only way in which a component’s state can be updated.

Whenever you make a call to update the state using setState(), it’s important to note that it is an asynchronous request and not an immediate command. This means that React might delay the state update to the component or batch-update multiple setState() requests for performance purposes.

You can use the setState() function by either passing an object to setState() or by passing an updater function, explained in detail below.

Update state with an object

When you call the setState() function and pass an object, React shallow-merges the object you provide into the current state — i.e., if you have an existing state (like the code snippet below) and call this.setState({hasCountStarted: true}), only the value for hasCounterStarted will be modified.

Update state with a function

This method is particularly useful when you want to update the state with values that depend on the current state. See the example below.

As mentioned above, because setState() is an asynchronous request, i.e., the update could be delayed, it might be tricky to read this.state and rely on its updated value. One way to ensure you’re getting the updated state is by using the callback method that the setState() function accepts.

The callback method is an optional second parameter that will be executed once setState() is completed and the component is re-rendered. See the example below.

You can further simplify state management with batched updates — see how.

componentDidMount() is called immediately — and only once — after the render() method is done, i.e., after the component has been mounted and inserted into the DOM tree.

It is usually a good place to make external API calls, add event listeners, or set up subscriptions for the component.

componentDidUpdate(prevProps, prevState, snapshot) is called in the updating phase of the component lifecycle. It is called after the re-rendering of a component and is commonly used for updating the DOM in response to changes to the prop or state.

The method receives the following arguments:

The setState() function can also be called here as long as it’s wrapped in a condition to check for the state/prop changes from the previous state/prop. This is done to prevent an infinite loop of renders.

A typical use case for the componentDidUpdate() method is when you need to make an API call only on the condition that the previous and current state are not the same.

componentWillUnmount() is called when a component is about to be destroyed and removed from the DOM.

This method is useful for canceling network requests, removing event listeners, and cleaning up subscriptions that might have been set up in componentDidMount().

Learn how the lifecycle methods above can integrate with the useEffect Hook.

shouldComponentUpdate(nextProps, nextState) is a component lifecycle method that’s used to determine whether a component should be updated/re-rendered. By default, it returns a value of true because components will re-render themselves whenever their props or state changes.

However, you can make the method return false if you’d like the component to be re-rendered only when particular conditions are met.

It receives two arguments, nextProps and nextState, which are useful for carrying out the check of whether the component should be updated by doing a comparison with the current prop and state values.

As an example, in the code block above, the component will not get updated/re-rendered if the current user.id in the state has the same value in nextState.

This method gets called for every render except the initial render, and it’s also important to note that returning false doesn’t prevent inner child components from re-rendering when their state changes.

A class component becomes an error boundary if it has either of the componentDidCatch() or getDerivedStateFromError() methods (or both of them).

The componentDidCatch(error, info) method is called after an error occurs in a child component. It receives the error and info arguments; error contains the error message that was thrown, and info is an object with a componentStack property containing the component stack trace information.

Error boundary components are used by placing them at the top of your app’s component tree. For example:

static getDerivedStateFromProps(props, state) is a component lifecycle method called just before the render() method. It receives parameters of props and state and returns an object to update the state or a value of null.

It is called whenever a component receives new props and is useful for cases in which the state depends on changes in props over time.

As an example, in the code block above, the getDerivedStateFromProps() method returns a new state only if the user.id from the props is not the same as the state, i.e., the state depends on the changes to the props.

static getDerivedStateFromError(error) is a lifecycle method that is called after an error has been thrown by a descendant component. It receives the error from the component and then returns a value to update the state.

getSnapshotBeforeUpdate(prevProps, prevState) is a lifecycle method called right before the DOM is updated.

It allows you to get information from the DOM just before it changes. The method should either return a snapshot value or null. The returned value is always passed as a parameter to componentDidUpdate().

A typical use case for getSnapshotBeforeUpdate() is when you’d like to remember the scroll position of a particular element on a page just before the DOM is updated. Let’s say there’s a comment section on a page with a defined height, and we’d like to automatically scroll down to the new comment once it’s added.

The CodeSandbox below demonstrates how to do that using getSnapshotBeforeUpdate().

You can also implement getSnapshotBeforeUpdate() with Hooks — yes, really. Read it here.

These are the properties available to a React class component.

props is short for properties. They are used to pass data between React components. In a React class component, props can be accessed by using this.props.

The state in a React component contains data specific to that component, which may change over time. It is user-defined and always a plain JavaScript object.

defaultProps is a property on the class component that allows you to set the default props for the class. The defaultProps value is used whenever expected props are not passed.

So if the <CustomButton /> component is used somewhere else without the props.color being specified, it’s going to fall back to what was defined as the defaultProps value.

The displayName property is a string that can be useful for debugging your React component. By default, it is the name of the function or class that defines the component. However, you can set it explicitly if you’d like to display a different name.