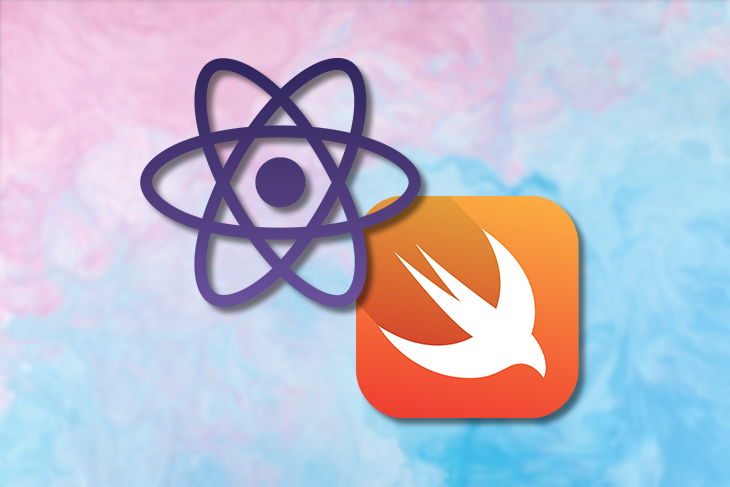 If you’re looking to build an iOS app, you’ve got a fair number of languages to work with. React Native and Swift are two such tools to do so.

React Native is a JavaScript library from Facebook used to create cross-platform apps compatible on both iOS and Android. It allows you to use a familiar syntax to leverage native capabilities. Swift is a programming language developed by Apple that has gradually overtaken Objective-C. Swift is used to build iOS applications exclusively.

Before choosing between the two for iOS development, the first question to ask yourself is whether you intend to build a cross-platform app or an iOS-native app. There are other factors to consider, of course, before making this choice.

In this article, we’ll assess these two technologies against a number of factors, from performance to ease of use. Here’s what we’ll discuss:

React Native works similarly to React except that React Native doesn’t use the virtual DOM to manipulate the DOM. Under the hood, React Native interprets the JavaScript code and uses the APIs to communicate with the native components. All data are being serialized in a bridge, which disallows user interaction.

React Native is generally known to have two separate parts: the JavaScript code and the native code (iOS and Android). What actually connects these two is a bridge that allows both sides to communicate despite being disparate languages. All data sent to the native code from the JavaScript transmitted as serialized JSON objects. The data could be your UI elements, functions, etc.

In the end, our native iOS modules like FileReader, DeviceInfo, and others communicate with the iOS SDK, implementing their corresponding native functionality.

How Swift builds an iOS app

Swift was developed to replace Objective-C in building Apple software. It is included in Xcode, Apple’s IDE for writing and developing applications. Swift uses the LLVM compiler, which is still include in Xcode.

No matter how great and reliable a language is, it inevitably has has some downsides. Just because a company chooses Swift or anything else over React Native doesn’t mean it’s a bad tool for mobile development; rather, it doesn’t fit their business or product use case. Generally speaking, React Native offers a fair number of pros.

Swift was built to be used for all Apple operating systems, i.e., iOS, iPadOS, macOS, tvOS, and a few others. Swift’s primary benefit is in its name — it’s fast. But, as always, there are cons to weigh against the pros.

Which is better for performance?

True native development with Swift wins for performance — not because it is Swift, per se, but because it allows for direct access to native device hardware and APIs.

That doesn’t mean React Native isn’t performant; it is by default. With that said, there are certain measures you need to take to ensure your app is fast and reliable when using React Native for iOS development:

Use an alternate image caching component

Consider using the external react-native-fast-image for rendering images. React Native does provide an inbuilt Image component, but it can sometimes lead to poor performance, especially when it comes to flickering or handling a lot of images on the screen.

Hermes has been available for APK for Android for a while now, and it has helped ti reduce app download size, memory usage, and more. As of 12 March 2021, Hermes now supports iOS as well. Likewise, it also reduces download size, decreases the time for the app to become usable, and reduces memory usage. Hermes is still in the early stages for iOS support.

To use Hermes in your application, set hermes_enabled to true in your Podfile and run pod install.

This is a specific type of caching that returns the same value of a function that has already been cached. This alone speeds up programs and can improve performance.

I have had to explain more on performance optimization for React Native because Swift is clearly the winner here — it’s native, and there’s not much more to say than that. But that doesn’t mean React Native is not powerful enough for certain use cases.

Which has the faster development lifecycle?

If your ultimate goal is to release your app for both iOS and Android, React Native carries this criterion handily thanks to its ability to build one application for both platforms. Also, React Native components are mostly from the web (React) so they can be copied/pasted, which speeds up development.

React Native and iOS are two powerful tools that do their respective jobs great. The choice to use one or the other now lies in your hands and ultimately depends on the type of project you want to build.

This is what I mean. Swift will work better for:

React Native will work better for:

In sum, Swift will produce a more performant iOS app by default, but it is still good to know that RN offers strong performance and a good DX out of the box, particularly now that Hermes has helped to reduce download size and memory usage. At the end of the day, choosing the right tool for your app requirements is definitely the best thing you can do.

Victor Jonah Follow I am a Software Developer with over three years of experience working with JavaScript and its frameworks. I currently work as a remote software developer for a tech agency.
« Using web workers to boost third-party script performance
Top React Native boilerplates for 2021 »