Using provide/inject in Vue.js 3 with the Composition API 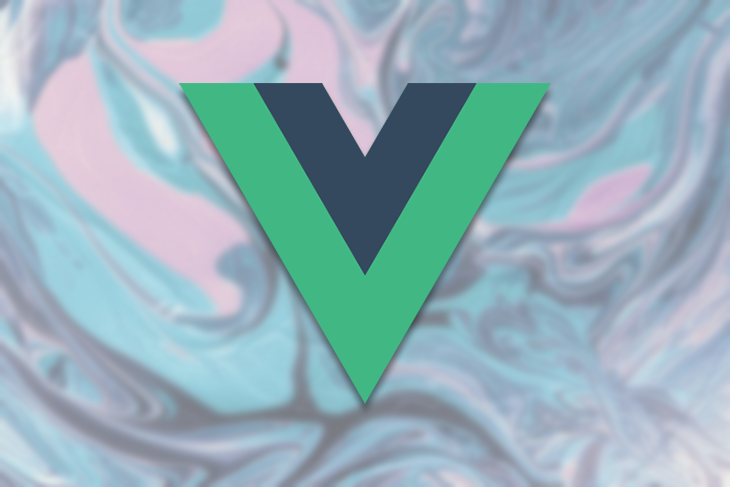 If we were to use props, we would end up passing the data to each component on each level of the Vue component tree for the data to get to its final destination. This is called prop drilling and could cause our app to look more complex than it is. And if it were an application with a simple state, using Vuex in it would be overkill.

Luckily for us, Vue has the provide/inject API, and with the introduction of the Composition API in Vue 3, it has never been better. 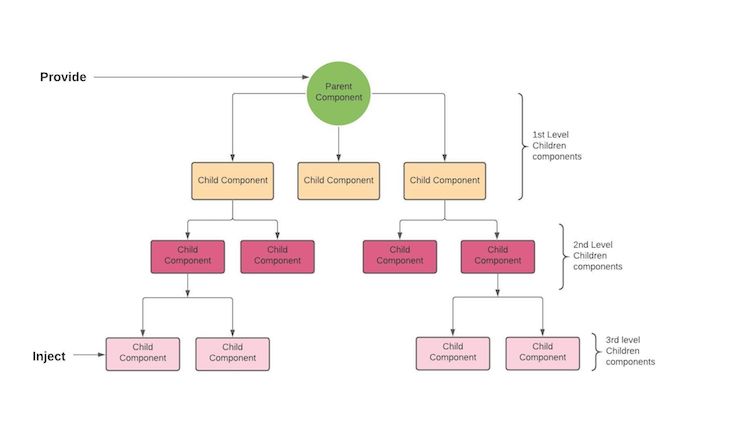 In the image above, we have three levels of children components. The data we want to pass is contained in the parent component, and the desired destination for the data is deeply nested in the third level of the component tree. We could achieve this using props, but at the expense of our code’s simplicity and readability. Let’s see how we can do this without sacrificing either.

First, we need to install the latest version of Vue CLI v4.5 with the command below:

The run the command below to create a new Vue app:

The provide API is a function we use to define the data we want to be passed down to a child component.

When using the provide function in setup(), we start by explicitly importing the function from vue. This allows us to define each property when provide is called.

After we’ve imported the provide function in the code above, we invoke it inside the setup function. Next, we pass the parameters for the first provide function as follows: the property name 'location' and a single value, 'North Pole'.

For the second provide function, we pass an object containing the latitude and longitude values and set its property name as 'geolocation'.

The inject API is a function we use to receive data from our provider component.

As we did with the provide function, we also have to import the inject function from vue. This lets us call and use the function anywhere in our component.

Let’s have a look at the code below:

First we import the inject function into our MyMarker component. Then, inside our setup function, we assign the first provide function with a property name 'location' to the userLocation variable. We also provide an optional default fallback value, 'The Universe'.

Sadly, straight out the box, the provide/inject pair is not reactive. Thankfully, there is a way to go about making this happen by using either the ref or reactive function provided by the Vue API.

We first have to import them from vue, then we invoke the ref or reactive function. We’ll set its parameters to be the value(s) we want to pass to the desired child component and store the function in a variable. We then invoke the provide function and pass the property name and its value.

Now, if anything changes in either property, the MyMarker component will automatically be updated as well!

We can now update our code as follows:

In the first provide function, we set the property name to 'location' and set its value equal to location, which is the value we assigned to the ref function.

While in the second provide function, we set its property name to 'geolocation' and its value equal to geolocation, which is the value we assigned to the reactive function.

When to use the provide/inject function pair

We’ve learned how to use the provide/inject function pair to pass data between deeply nested components in Vue.js 3 with the Composition API. We’ve covered how to make it reactive and also the different use cases for when you should use it. To learn more about the provide/injectfunction pair, visit the official documentation.