Bill Ryan Follow Product manager with B2C and extensive marketplace experience. As a steadfast follower of the Jobs-to-be-Done methodology, I strive to understand customer struggles as the primary catalyst for innovation and optimization.

What is feature creep and how to avoid it 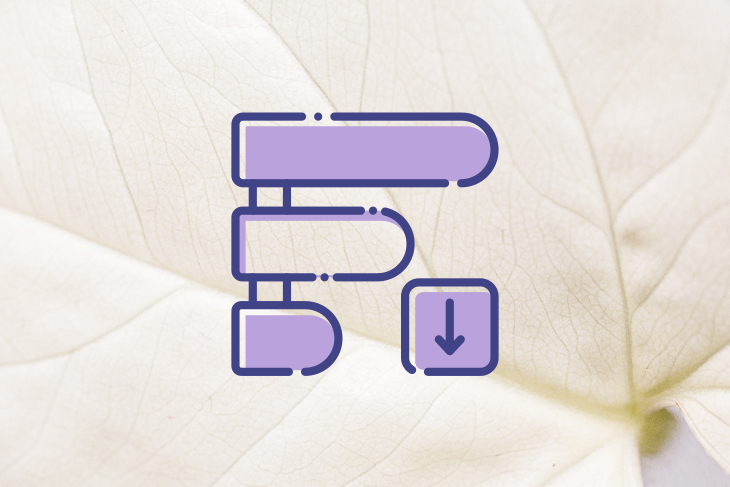 Knowing how to manage feature creep and ship a minimum lovable product (MLP) as soon as possible is a critical skill in the product manager toolkit.

What is feature creep (aka scope creep)?

Feature creep, or scope creep, is when the list of features for a product release extends beyond the work that’s truly necessary.

If left unmanaged, feature creep will produce unexpected and often unnecessary work, resulting in added pressure, missed deadlines, increased resource costs, or potentially all of the above. Worst of all, the product can become so overstuffed with features that it convolutes the core value to customers and hurts adoption rates.

There are several situations that may introduce feature creep throughout your product development cycle. Many of them commonly fall into one of three buckets:

1. Failing to understand the problem to be solved

Windows 8 launched in 2012 in response to the growing popularity of tablets, and the interface was intended to be equally usable on tablets and desktops. When desktop users were presented with a slew of new features (such as the start screen replacing the start menu), they were unable to accomplish their usual tasks.

Every great product begins with a problem, and Microsoft’s failure to recognize the problems people use their desktops to solve resulted in an abundance of unnecessary features and an unusable product.

Failing to be diligent in understanding the problem means you’ll have a hard time defining an MLP that grabs the attention of your prospective customers with a valuable solution. In the absence of a defined MLP, you expose yourself to feature creep before you’ve even made it out of discovery and definition.

Even with a defined MVP, similar feature creep can happen if you don’t align with stakeholders about the scope. No one will ever take a step back to say “that’s good enough” without guardrails defining what “good enough” means.

2. Trying to build for everyone

When Shopify was getting ready to launch, it had a long list of features outside of the core experience to provide additional value to different sets of customers. But these would’ve added development resource costs and potentially made the product overly complicated.

Instead of succumbing to one-off feature requests, they shipped the core product and opened the platform for outside developers to add custom features.

Unfortunately, many companies don’t have this level of discipline in saying no — or the flexibility to create an open platform — and, all too often, they try to satisfy every use case. Feature creep in these scenarios is suffocating because you’ll never totally satisfy every customer and the requests will never stop flowing in.

Trying to build everything for everyone puts you into a spiral of endless development while sacrificing clarity in your product’s core purpose.

Neglecting to sufficiently plan for the work required to build an MLP presents a lot of risk for scope creep. While some features can be easily estimated, others are more complicated and difficult to gauge at the first go. This is especially true if you’re at a company with a legacy stack or outdated technologies.

When complicated features aren’t given the proper attention in effort estimations, they compound and incrementally increase the likelihood of unforeseen tasks during development.

This form of feature creep is trickier to address than others because the features impacted aren’t nice-to-haves; they’re features you’ve determined you need to deliver value from day one. And you’re now faced with the decision of pushing your launch date, simplifying the feature (if possible), or cutting it altogether.

Whichever decision you make, it won’t be satisfying at this stage.

How to avoid feature creep

Now that we’ve identified three common causes of feature creep, let’s discuss five best practices to manage it and avoid most of it entirely:

A product roadmap built upon intentional problem discovery and prioritization tactics is the first line of defense in preventing feature creep, and it doesn’t happen overnight.

Problem discovery includes talking with customers, analyzing data, and more to uncover problems that are worth solving. Defining a solution to a problem typically happens through a divergence of mass idea generation, followed by a convergence down to the most valuable ones (often referred to as the Double Diamond model).

During the convergence phase, effective prioritization is critical to winnowing down your solutions and features into an MLP that is valuable and usable for the majority of customers, feasible to build, and viable for the business. There are myriad prioritization frameworks to help in this stage, such as MoSCoW, RICE, and Kano.

In anticipation of scope creep, approach prioritization with a clear delineation of must-have, nice-to-have, and deprioritized features. When new feature ideas arise, you can then point to the prioritized list and say, “We considered these things and decided on these ones because they solve the problem we’re chasing.”

Pointing stakeholders to a prioritized list is difficult if you haven’t documented and communicated it ahead of time, creating risks of feature creep caused by misalignment.

Let’s go over some strategies for improving the effectiveness of your documentation and communication practices.

Take notes during any meetings where you’re defining the scope of a product. Share these notes after the meeting to make sure everyone is aligned on the takeaways.

Create a comprehensible roadmap that conveys what is happening and when and is accessible to anyone in your company. Link this to your entire prioritization list so others can see the nice-to-haves and deprioritized items. It doesn’t need to be pretty, but it does need to be informative.

Finally, don’t assume everyone will remember or even understand all the scope decisions the first, second, or third time they hear them. As a PM, you should be regularly communicating throughout the delivery cycle to both share progress and realign on the committed scope. If you feel like you’re communicating too much about the scope of a product’s features, you’re probably communicating the right amount.

Technical estimates by your engineering team are critical to defining your initial scope. Consulting with engineers early in the discovery phase ensures you don’t commit to features that are too complicated to build in a reasonable timeframe or, worse, not possible or recommended to do with the technology available to you.

Once you’ve begun converging the features of your MLP, grooming and pointing stories will shine further light on the effort required for each and help you determine a potential release date. If a particular feature requires more effort than you expected, assess whether you can simplify it to decrease effort and launch sooner.

Not everything is black and white, of course, and you will run into features that are tough to provide accurate estimates on. In these cases, acknowledge the uncertainty and discuss with your engineers to determine whether technical spikes may bring clarity to the estimate.

Spikes will introduce a bit more work upfront, but will help prevent unexpected scope creep during the course of development.

Even after the scope of a product has been defined through rigorous prioritization, clear communication and documentation practices, and effective technical estimations, you will still run into feature creep scenarios. New feature ideas will never stop flowing, either as a result of a muse or new information coming to light.

Avoid immediately shunning any new features when these situations arise. Instead, be a detective and try to understand where the idea is coming from.

First, seek to understand why the idea is coming up now. Did new customer or competitor information come to light to inspire the idea? Why wasn’t that information available before?

Next, strive to understand the idea’s impact. What value would the new feature provide that’s not included in the MLP already? What are the risks of not including it in the first release?

If the idea is the result of new insights and excluding it would put you at serious risk of not providing value in the first release, consider including it. This is rare, however; in most cases, you can defer the idea with a respectful and educated “no.”

If a feature isn’t included in the MLP roadmap you initially agreed upon and doesn’t provide crucial value to your first release, say no to including it. Whether you’re saying no to an executive, a collaborator, or those customers asking for endless custom features, be prepared to explain why.

The best way to do this is to revisit the problem you’re seeking to solve and how the features you’re building fit the bill. Refer back to your documented roadmap and prioritization list and discuss the risks of pulling in more features (e.g., delayed release date, more discovery being needed to uncover the feature’s potential value, etc.).

The value aspect can be difficult to navigate here. It’s very possible the proposed idea is a good one, but just because a feature makes a product better doesn’t mean it’s necessary from the start. In these cases, inform the requester that you won’t commit to including the feature in the MLP but will put it on your list of considerations for post-release iterations.

Poor feature creep management is one of the surest ways to derail a product release. Thankfully, it can be mitigated through prioritization, communication, technical planning, and effective negotiation of the ideas that still arise during execution.

The biggest thing to remember is that your MLP should provide value that solves a customer problem, but it doesn’t need to be perfect. Build enough features to solve the problem as quickly as possible and start learning what other features users really need through feedback and interaction inputs.

As Reid Hoffman said, “If you’re not embarrassed by the first version of your product, you’ve launched too late.”

Bill Ryan Follow Product manager with B2C and extensive marketplace experience. As a steadfast follower of the Jobs-to-be-Done methodology, I strive to understand customer struggles as the primary catalyst for innovation and optimization.
« Exploring PrimeVue, a Vue-based UI component library
Remult: Build a type-safe, full-stack app with TypeScript »