How to write DApps on Corda 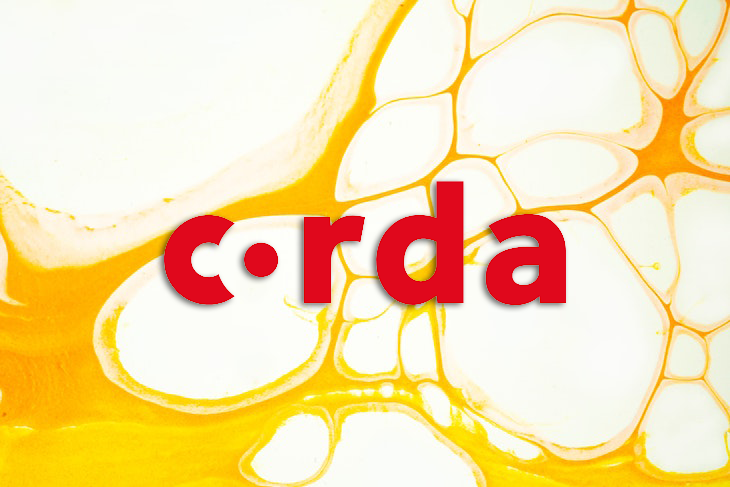 Bitcoin’s launch on 3 January 2009 set trends like digital assets and digital currencies into motion. Since then, more blockchains like Ethereum and Solana have been created. Despite having different features and use cases, these blockchains have one thing in common: they were designed to operate democratically without regulators. Therefore, this model is not suitable for regulated industries, in which data must be kept confidential and shared between trusted parties. For this reason, private blockchains exist.

A private blockchain is a permissioned blockchain that contains entities called network operators. These control the network and are able to configure permissions and access the controls of the other nodes. To maintain privacy and trust, only the entities participating in a transaction will have knowledge of it.

A few examples of digital platforms that utilize private blockchains include Hyperledger Fabric, Ripple, and R3’s Corda. In this article, we’ll explore Corda, learning how to create CorDapps. Let’s get started!

Corda is a permissioned peer-to-peer (P2P) distributed ledger technology (DLT) that facilitates the development of applications in regulated markets. With Corda, parties may freely discover and transact with each other in a single, open network while having confidence in the identification of network participants.

In the long run, Corda aspires to be a shared worldwide distributed ledger. To do so, the many solutions that use Corda software must adhere to a set of common standards and criteria. Some of these criteria, often known as end-state principles, are as follows:

Getting started with Corda

We’ll create a CorDapp to model the issuance of tokens on the Corda blockchain. Our CorDapp will keep track of the issuer of the token, the holder, and the amount being issued.

There are four pieces of required software for CorDapp development:

To set up our CorDapp, first, clone the Corda Java template from their GitHub repo. Open cordapp-template-java in any IDE of your choice. I’ll use IntelliJ IDE.

To reiterate, states are immutable and keep track of data between transactions. Our CorDapp is going to have a set of attributes that we‘ll store on our state, like issuer, holder, and amount.

Next, we add the @BelongsToContract annotation, which establishes the relationship between a state and a contract. Without this, your state doesn’t know which contract is used to verify it. Adding this annotation triggers an error in IntelliJ because we are yet to create our TokenContract.

Then, we create three attributes, issuer, holder, and amount. The issuer and holder attributes are given a type of Party because they both represent entities on the node.

To reiterate, contracts define the rules of how states can evolve. They make certain validations before a transaction goes through successfully. Therefore, each state is linked to a contract.

First, we create an attribute called ID that will identify our contract when building our transaction in testing environments. The ID attribute is purely optional.

With the code above, our contract performs the following checks:

Finally, since we intend to issue the token to another party, we create a class called Issue that inherits from the Command class. The Command class is used to indicate the type of action being performed.

To reiterate, flows contain the business logic of our CorDapp. The initiator flow is run by the node initiating the transaction, which would be the issuer in our case.

Next, we create a variable called progressTracker that checkpoints each stage of the flow and outputs the specified messages when each checkpoint is reached in the code.

Next, we create the call method, which Corda calls when the flow is started. Inside the call method, we first create a notary and store it in a variable called notary. Since we are dealing with multiple parties, we need a notary service to reach consensus between the parties.

We get our identity and store it in a variable called issuer. Next, we create our token by creating a new instance of TokenState and pass the issuer, owner, and amount as arguments.

Then, we build our transaction proposal by creating a new instance of TransactionBuilder. We chain different methods to set our notary, add commands, and sign the transaction.

Finally, we start a FlowSession with the counterparty using the InitiateFlow method. This process enables us to send the state to the counterparty. We then call the CollectSignaturesFlow subflow to collect signatures.

The responder flow is run by the counterparty. It receives and records the transaction, then responds to the issuer’s flow by sending back an acknowledgement if the transaction was successful.

In the code above, we create a class called TokenFlowResponder that inherits from the FlowLogic class. We then add the @InitiatedBy annotation and pass the TokenFlowInitiator class as an argument, telling Corda who initiated the flow.

Then, we create the call method with a subFlow that will verify the transaction and the signatures it received from the flow initiator. Optionally, we can conventionally create a new method called checkTransaction to perform a series of tests just to be safe.

To start our CorDapp, we have to first deploy it by navigating to the root of our project and running the following commands:

If our CorDapp builds successfully, it generates three nodes with the CorDapp installed on them. These can be found in the build/nodes folder.

To start the nodes and our CorDapp, run the following command from our root directory:

The code above will start a new terminal window for each node. Give each terminal some time to start, and you’ll get a welcome message on the terminal once the node is ready.

Interacting with our CorDapp

To check if our CorDapp worked successfully, we can try to start a flow by running the following command:

If it is successful, you’ll get a confirmation message.

The blockchain is a game-changing technology, and regulated businesses are not left out of this change thanks to systems that use private blockchains. Blockchain projects like Corda give businesses the flexibility they need while still keeping data private. In this article, we explored getting stared with Corda, learning how to make CorDapps.

I hope you enjoyed this tutorial, and feel free to leave a comment if you have any questions.